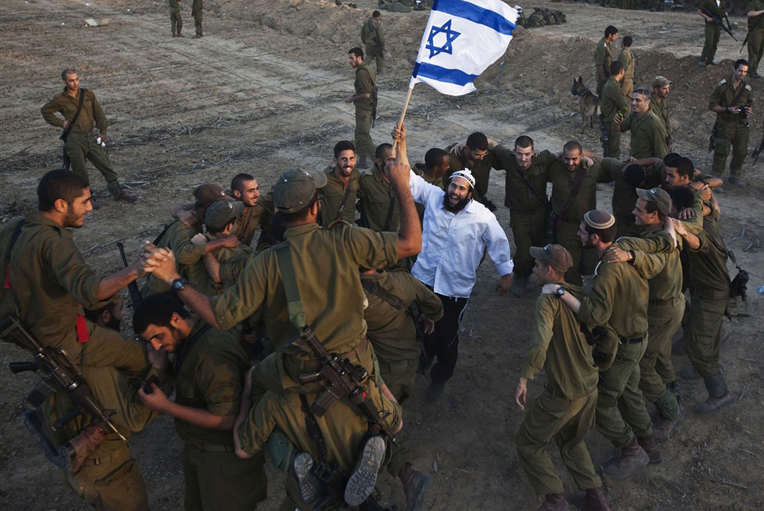 The other day, I emailed my friend in Rehovot, Israel. She just moved to Israel with a little baby, and, being from the safe bubble of America, I was pretty sure that this whole Conflict and War Zone was a little difficult for her. While Rehovot isn’t the most dangerous area of Israel, her response encapsulates an attitude of the people of Israel in general, regardless of their location:

BH things are going well here in terms of the whole situation in Gaza ya we have sirens sometimes but we just go into the staircase no biggie… We all feel very safe thank G-d. Major disruptment in my life mainly due to me checking the news on what’s going on with our soldiers in Gaza every two seconds.

In some ways, the recent uprisings and world antisemitism feels all too familiar. Storefronts broken, Jews fleeing. People shouting ” Zionist pigs” and “Hitler was right” and “Gas the Jews”. Zionist pigs? Are you serious? Are we, is it, just like then?

“Never again”, we said after the Holocaust. And generations later we whispered it, screamed it, demanded it. We made every possible Holocaust movie and watched it at least once a year, at school assemblies and at mandated political events.

I think back to the vision that Zionists had after the Holocaust,determined to remake the Jewish image. Determined to never, ever go down, lie down without a fight. Was this remaking, all this effort, in vain? Are we back to where we were?

The stories leaked in, first about the boys, and then about the rockets. Then about France, and LA, and Canada. And Germany.

But then, in the distance, we heard the melody of voices. Of young men barely grown from adolescence, jumping, shouting. SINGING. In Jewish Israeli soldiers uniforms, joyously giving praise to the Holy One Blessed Be He, before going off to fight.

Do you hear this melody, anti-semite? Do you know what it means?

Of course, the war is not over yet. Who knows how long it will last (may it end soon). But the point has been made. And will be made, over and over again. It will be broadcast, again and again. In hospitals, in streets, in schools, and in the battlefield.

We know who controls this world.

We have changed, anti-semites. It’s you who has stayed the same. The same threats, the same accusations, just new ways of expressing it. Same old song. But we, we have grown. We have grown up.

And those Israeli soldiers, who in the face of death, jumped and sang joyously to Hashem, who ferociously yell out ” Am Yisrael Chai!!!”, making a mockery of those who attempt to deny their existence, they are the rest of the Jewish world’s heartbeat. They are the ones to whom we turn, to gain inspiration. To remind ourselves of our strength. To remind ourselves we needn’t fear at all.

Like when a Russian interrogator pointed a revolver at the Frediker Rebbe and smirked: “This toy has a way of making people cooperate”.

Calmly, the Rebbe replied: “That toy is persuasive to one who has many gods and only one world; I have One G‑d and two worlds.”

So chant your boring, old, antisemitic slogans. Do your tired, violent uprisings.

It’s you who have stayed the same, anti-semite. It’s us who has changed. Or perhaps, more accurately, it’s us who has returned to who we really are.

Make no mistake, we will win this war.

And together, united, at home, we all feel very safe, thank G-d.