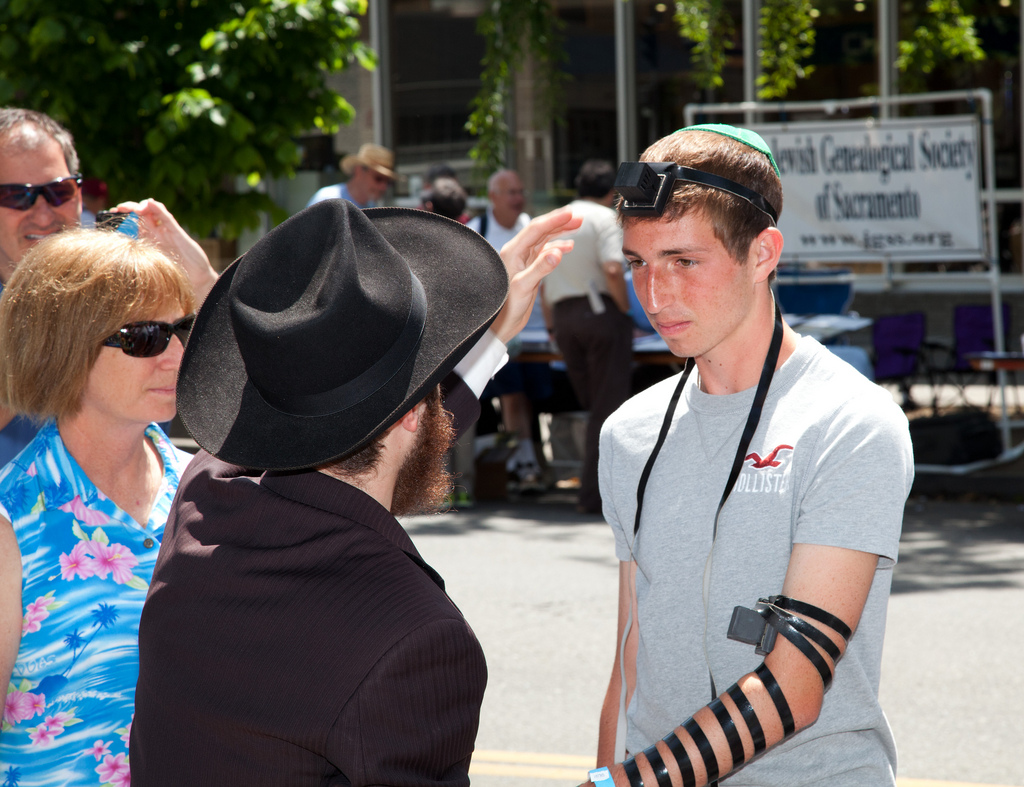 There’s been some talk recently about “honest kiruv”. Most recently, there was an article published in The Jewish Week entitled “A Call For The End Of Dishonest Jewish Outreach” that got some attention.

Since writing my article comparing how Judaism can be used as a drug, I’ve received a lot of input from various readers about the ideas they had about how kiruv could be improved, as well as a lot of complaints about various groups and organizations that they believe do a particularly bad job at bringing Jews closer to their tradition.

I have trouble believing that these groups are going out of their way to hurt the Jew they work with. It seems pretty clear that this is more a situation of having a bunch of people that decided, “Hey, I love Judaism!” and so run to do kiruv, but are not properly trained or guided.

However, this is an institutional situation in the sense that most institutions do not take the the time or the energy to properly teach these people how to go about doing this delicate task. Even if 10% of the people are engaged in unhealthy behavior, this is far too many.

While some may argue that Chabad has its own failings, these failings are largely mitigated by the structure and ideals they’ve built around their outreach endeavors. Many people mistakenly believe it has something to do with the “charisma” of the Rebbe or that the shluchim give out chicken soup and l’chaims on Friday night.  This is, thank G-d, not true, and there is much to be learned by the strategy Chabad employs.

Here are a few reasons Chabad is the best at kiruv: 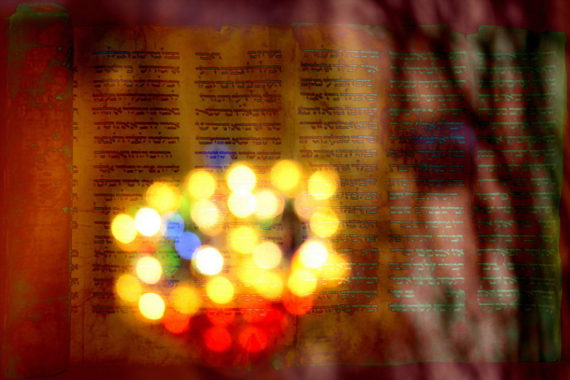 It’s All About The Chassidus, Baby

Every other reason I will enumerate here is in some way connected, simply, to the chassidus of Chabad.

What does the chassidus of Chabad do for the shluchim and followers of the movement? Simple. It creates an in-depth, systematic structure and philosophy to their outreach endeavors. Imagine spending your entire life studying the best way to reach out to a Jew. Imagine reading letters, sichos, maamarim and more by your Rebbe that explicitly and implicitly talk about kiruv. Imagine if every day your family, your community, your world, was aware of the significance of outreach and its effect on the world.

This is what the Rebbe and Chabad have done. The main difference between Chabad and other outreach groups is that to other groups, this is something most of them do for maybe a few years, they get paid for it, and they move on. Most of them do it because they love other Jews and Judaism, but very few spend the years and effort that Chabad does to understand just how to do it.

Sometimes, people forget that Chabad is an actual philosophy and way of looking at Judaism, not just an outreach movement. This is unfortunate. This makes people think that Chabadniks get together and discuss the best ways to brainwash other Jews’ children. “Hey, if we get them drunk, maybe they’ll fall for our trap!” “Hey, everyone likes chicken soup! Let’s invite them over for Shabbos and be super nice to them!” “Hey, there are all these kids out there that love Eastern religion! Let’s get them excited about kabbalah and then pull the old switcheroo on them!”

This, thank G-d, is not the way Chabad works. No. L’chaim is a part of the Chabad way of life. Inviting people for Shabbos dinner comes from an understanding that a Jew just needs to be reminded of who he is, not have it bashed over his head with propaganda. Chassidus helps to bridge the gap between Eastern tradition and Judaism.

What this all really means, and how it can be applied to other people in outreach, is that Chabadniks are more aware than anyone else that reaching out to other Jews is much more an introspective endeavor than an external one. 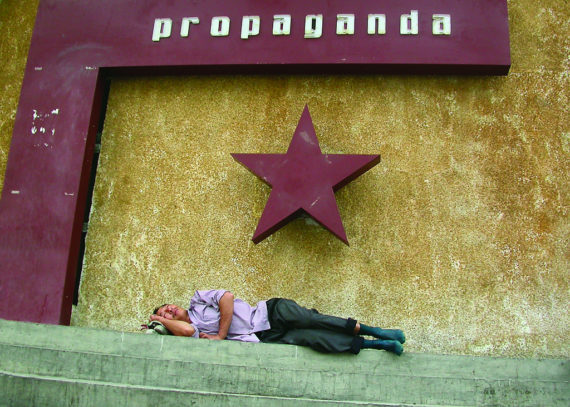 One of the biggest misconceptions in the kiruv industry is that the goal should be to make Jews “frum”. Or “orthodox”. Or “religious”. Whatever silly word you want to use.

Why, then, would almost every Chabadnik in the world spend at least part of his time every week standing outside in any kind of crazy weather to wrap tefillin on people? What could he possibly have to gain? Maybe someone would start talking to them, but for most people that do it, it’s like going to a mitzvah vending machine. In and out. Done.

So, what’s the deal? The point is simple: a Jew is made to do mitzvos. Not become religious. Not be frum. No. In fact, there’s no such thing. A Jew is simply and inextricably connected to mitzvos, and thus every mitzvo he does binds him to G-d, or at least makes him more aware of the connection.

Too many people in kiruv think that their goal is to turn people frum. They see the world divided into two teams: the guys in black and white, the guys with kippas and black hats, the woman with skirts… and all the rest. If you’re not with us, you’re against us.

Until people have the confidence that something as simple as a Shabbos meal can reconnect a person to being Jewish, to understand that it’s not about propaganda but about simply reawakening a part of someone that is waiting to be touched, they won’t have close to the long-term success Chabad has had.

It’s almost a point of insecurity. People believe they have to have fancy havdallah ceremonies, they have to tell lies about the way Judaism works, they have to pretend to like movies or other parts of secular culture, to convince people to go their way. I won’t go into all the various ways this propaganda works, but it is clearly destructive. 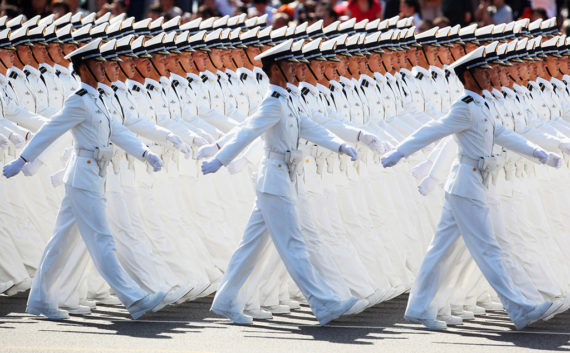 There’s No Such Thing As Kiruv

To be honest, every time I use the word kiruv when I write this, I want to retch. It’s a gross and sick word, and it’s demeaning to every Jew who isn’t religious. It implies that some people are far and some people are close (many people quote the Rebbe as specifically arguing against this thinking, although I haven’t found a direct source).

On the cover page of the Tanya, the “written” Chabad Torah, the Alter Rebbe begins by emphasizing that no Jew is far from Hashem:

[This book is] based on the verse, ‘For [the Torah and its precepts] is something that is very close to you, in your mouth, in your heart, that you may do it’– to explain, with the help of G-d, how it is indeed exceedingly close, in a long and short way.

No Jew is far from Judaism, no Jew is far from G-d, because we are all a part of G-d, literally. My wife once told me that she is only an effective shliach when she admires other people and doesn’t look down on them for being secular.

The problem, when we begin to look at the Jewish world as divided between the righteous frummies and the going-to-hell secular folk, is that we forget just how many frummies are sinning and just how many secular people are doing mitzvos (even if they are unaware they are). The point is that it doesn’t matter whether you’re wearing black and white. What matters is whether you’re doing Hashem’s will and helping to bring G-dliness into the world.

Kiruv’s (ugh) goal shouldn’t be to turn someone frum, get them dressed in the uniform, and marry them off. The goal should be to reveal to a Jew his already intrinsic connection to Hashem. To prove to the Jew that he is great, he is wonderful, he is awesome, and not only when he’s frum. The light just needs to go on. And then the kiruv (yuck) advisor should be a guider, someone who helps the person move from one step to the next.

Ironically, many people end up doing the exact opposite. Because they believe that as soon as that light is flicked on their job is done, and many end up ditching the person they worked with after their “success”. I’m aware that many of these people are very busy, but the truth is that unless there’s an awareness that a Jew reconnected to G-d is a lifelong, involved, delicate process, we will keep seeing people unhealthily falling away from a healthy connection to Hashem.

Of course, this is a whole new field in Judaism and the vast majority of people involved are doing amazing and powerful things. But it’s time we all acknowledged that it’s time to advance, time to improve, and that the baal teshvuas are the ones that need to be asked the best way to do it. When the different groups learn from each other, and grow in their efforts and knowledge, only good things can happen.