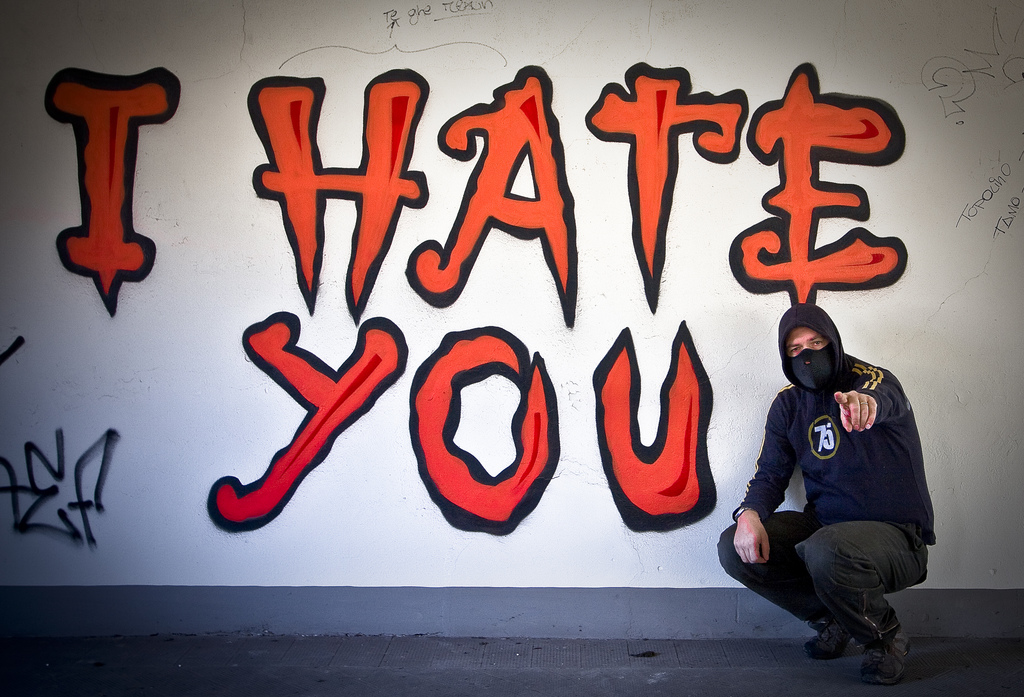 Some people call them “fanatics” but that word is misleading.  When I think of fanatics, I think of nutty guys waving flags and yelling in tongues at everyone they disagree with.

But these Religious People are much more insidious than that.  They live in all communities, within every belief system, and can sometimes seem just as normal as you or me on the outside.

But the reason I call them Religious People is because most of us aren’t religious.  We are just people trying to be religious.  People striving to do our best, and we know that we don’t know everything and that we still have a long way to grow.

I see this all the time within the religious Jewish world.  They’re the ones that when you get into a discussion about G-d, they claim to know all the answers.  They tell you, “You’re doing it all wrong!” or “Unless you follow what I saw 100%, there is no way that you are actually a ‘good’ religious Jew.”

They’re maybe 1% of the Jewish world, and yet sometimes it seems like they’re everywhere, their shrill voices rising above the other 99%.

I hate these people.

I hate them because they twist my religion into something it’s not.  I hate them even more because other people listen to them.  I see friends, people I know, people I love, who think that because someone says something extreme that it must be right.  For some people, it can be hard to remember that just because someone acts holy doesn’t mean that they are.

I hate that these people claim to know what G-d thinks, that they try and represent my religion and yet completely misrepresent it.

I hate that they don’t realize how much their own emotions are twisting their thinking.  I hate that I can’t speak with them because I know they will simply yell at me, whether metaphorically or literally.

I hate that people who aren’t religious look at these people and make the same mistake other Jews I know make, that someone who is calling themselves Religious and making a big hoopla is the person that represents their religion.  I hate that these are the people the papers like to write about.

I hate that what ultimately results from their actions is that they distract people from the real goal of religion: connecting to truth.  Living a life of meaning.

I hate that they are damaging my religion and other religions and that they exist in every group and that they are the main reason there are so many conflicts between religious groups, between political groups (yes, the Religious People exist in politics too, in every belief system), between nations.

I hate these Religious People because they are the ultimate expression of everything that’s wrong with the world: that they claim to be goodness when really they are creating negativity and darkness.  And that they are hurting the very people that want so badly to do good for the world.

I hate that I’m writing this.  I hate this blog post.