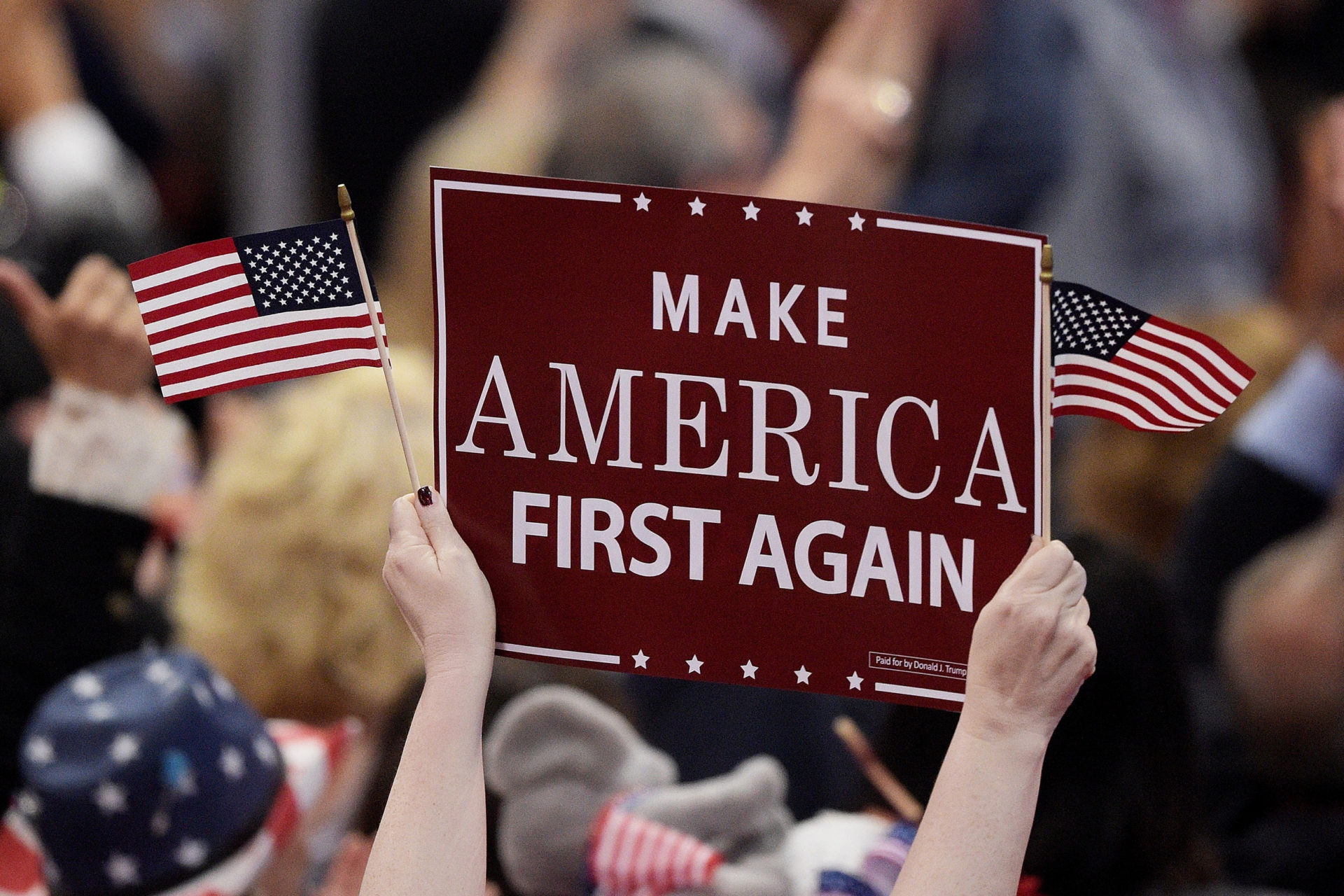 There’s a philosophy in the world.  One that underlays all our discussions.  It has been formulated and used in different ways.  Sometimes it is transformed to sound intellectual.  Other times, it is used as a battering ram to scare and move people.  Still others, it is formalized into actual methods of thought taught by leaders to their flocks.

It is not in a solid state: rather, it transforms based on the situation.  More of an impulse, an animalistic part of ourselves that is always waiting to be tapped.  Which is why it is so insidious, and why it does not, and will never, disappear from the human experience.  Because as much as it is a philosophy, it is also our nature.  It must be taught out of us, and even then, there it is, dormant inside of us, waiting for the right words or experiences to bring it out.

It is the philosophy of selfishness.

Selfishness is not simple.  It does not need to look evil, or even insidious.  It can often look like virtue.

Often when we talk about selfishness, we think it means a person only caring about themselves.  But that is not really the case.  Or, rather, it is not the complete case.  Because caring only about oneself has implications, and that is why it is a philosophy and not just a reflexive desire to get whatever we want.

The very idea of selfishness is one that by virtue of its existence implies something deeply poisonous and wrong: that in order to get what we want, someone else must pay a cost.  And vice versa: if anyone else gets what they want, it comes at a cost to us.

There is nowhere this philosophy is more clearly distilled than in the rantings of our president.  Every word of every speech and interview oozes with this philosophy.  Immigrants, illegal or otherwise, can only hurt America.  If Democrats get what they want, Republicans lose.  If anyone, even someone as close to him as Steve Bannon, does anything to undermine him, that person is a threat that must be utterly destroyed.

But Trump is not the problem.  He is the result of a culture built around selfishness.  Around messages that are no different than the ones he reflects back to the culture that created him.

No better example is the #MeToo “backlash.”  The people arguing that by giving more and more women a voice, men will inevitably suffer.  This is said in polite tones by some of the scared commentariat, and in angry, harsh terms by internet commenters all over America.

The idea here is that there must be a cost to this movement.  One that is so dangerous it is worth stopping the movement itself.  Not discussing how to best shape something that has given everyone from abuse victims who were afraid to come forward a voice to empowering women in general to speak about issues that were once swept under the rug.  No, it is a movement so dangerous, these people argue, that men will soon unfairly be destroyed by the wave of empowerment.

This is the philosophy of selfishness.  A person gaining in society must inevitably mean the fall of another.  The gain of women will, must, come at the cost of men.  There is no other outcome, for this is the way the world works: there are winners and there are losers, and if you are not the one winning, then you’re a loser.

This has been why “economic anxiety” became such a common buzzword used by people afraid to call out this philosophy, afraid to confront the people who had embraced it in their vote for the man who embodied this in the most pure sense possible.

It has been shown multiple times that it was actually racial tension that created economic anxiety.  But the problem is when we keep talking in these phrases and buzzwords, the meat of the discussion is lost.  We’re not talking about what’s happening.  Call a huge group of people racist, and the discussion is killed before it starts.  And still further, it does destroy nuance in discussion.

How is it possible that these poor, sad coal miners (and other “real Americans”) could vote for Barack Obama and yet suddenly vote for a vile racist eight years later?  One side says that it proves these people aren’t racist, and that Trump himself is clearly not a racist by extension.  The other side says, with evidence to support it, that Obama’s election actually fed into latent racism in our country.

All of this matters.  But it also misses an important reality: the other reality is that the studies about economic anxiety were true.  They were just an expression of something deeper.

That something deeper is the selfishness philosophy.

Obama’s election, and the subsequent cultural and economic rise of blacks in America (think: Black Lives Matter, and the backlash), sent a message: minorities are rising, and so white people will soon suffer.  Whatever negative economic effects were happening in the white, rural and suburban worlds had to be because of the rise of another group.  It could not be structural issues like education, it could not be issues of their own, it could not be their lack of diversity.  It had to be the rise of others.

This is the philosophy of selfishness.  And it’s one that has been bred in Americans since its creation.  To build the country, it had to be on the back of slaves.  A philosophy so deeply ingrained that it took the deadliest war in American history to simply begin to break the idea that whites could only prosper when they treated others like animals.  Worse than animals.

The irony of this way philosophy is that it is plainly false.  Diversity has repeatedly been proven to lead to economic growth.  Immigration has been directly connected with massively positive effects on the GDP.  Companies with more equal representation of women in leadership have been shown to do far better than those without.

The selfishness philosophy, then, is not just about the corrosive influence of thinking the flourishing of other kinds of humans is a danger to our wellbeing to our souls, but to our very society.  The more we allow equal access and opportunity to others, the more we all prosper.  Humanity’s success is literally built on our interconnectedness.  Look at every advance that has pushed humanity to the next level: Agriculture got us to live together instead of in tiny communities that had to fight separately just to survive. Writing got us to communicate in a portable, accessible way we never had before.  The printing press made that writing accessible to more people than ever before.  And now the internet has transformed our society more quickly than any technology in human history.  Why?  Because it is an enhancement of what makes humans great: our interconnected nature, our ability to do great things when we work together.

And so those committed to the opposite either don’t realize or don’t care that they’re actually hurting themselves.  To them, it’s impossible to imagine a world where others’s success also means their success.  It’s simply not a possibility, and so any attempt to argue for the humanity of others, for the reality that others will suffer if we live out the things they want, falls on deaf ears.  Rather, what they hear is: “Reducing the suffering of others means increasing our own suffering.”

And that is the crux of the problem: we are not facing just a disagreement about facts, or anxiety, economic or otherwise, or even just plain racism.  We’re facing a disagreement that comes down to the very basis of the way people see the world.  One that believes there must always be a cost to the rise of others, and one that, for all its flaws, understands that the success of others means the success of all.

And, unfortunately, when the ones who believe that there is a cost to themselves if they help others are the ones in charge, they actually create the very situation they imagine.  They put themselves in a position where power is equated with treating others as lower.  Where power itself is defined by how effectively it destroys the opposition, or just the less fortunate.  Look at how much of Republican rhetoric today is built around the very simple argument that as long as Democrats have lost, Republicans have won.  No matter that they’ve given up on the morality that they supposedly were the vanguards of.  No matter that they have elected a man who has done every horrible thing they’ve accused the Clintons of doing and worse.  No matter.  Because they won.  Which is defined as Democrats losing.

There was another regime that thought this way for generations.  They were the Egyptians, when they enslaved the Jewish people.  The reasoning given for the initial enslavement of the Jews was no different than much of the reasoning we hear today for quieting others: “Behold, the people of the children of Israel are more numerous and stronger than we are. Get ready, let us deal shrewdly with them, lest they increase, and a war befall us, and they join our enemies and wage war against us and depart from the land.”

And so the Egyptians built an entire society around the concept of enslavement.  Their success was defined as the failure of others.  This is what the selfishness philosophy is at its core: defining one’s success not by one’s flourishing but by the suffering of others.

The point is that when a culture of selfishness is created and established, the deeper it goes, the more painful is its erasure.  Because by buying into it, those who build their society around such thinking end up creating a self-fulfilling societal prophecy.  Any power they have, as pathetic or meaningless as it may be, is built on the back of others.  And so the liberation of those others does actually mean their suffering.  That is what Pharaoh learned.  That is what America learned during the Civil War.  And that is, sadly, why the philosophy of selfishness persists: the liberation of others has, in fact, hurt those in power.  But only because their power was inextricably tied to the pain of others.

The irony, though, is that if they only let go of the illusion it would all go away.  Like a nightmare, all it takes is opening our eyes to escape this false philosophy for it to disappear, as real as it appears in the moment.

The Pharaoh had eleven chances, not ten, to let the Jews go, and to stop building his society on the suffering of others.  There didn’t have to be any plagues.  Just a softening of his heart, where he could see that letting the Jews free would ultimately enrich his society, not impoverish it, as was feared when they were first put to work.  Instead, he could not envision such a world, and so the world had to be forced into reality.

This was the truth Martin Luther King Jr. understood when he admonished moderate whites for thinking his methods too extreme: “Oppressed people cannot remain oppressed forever. The yearning for freedom eventually manifests itself…”

This is the world that we are again entering.  One where power is becoming more and more predicated on the suffering of others.  And so, at some point, be it now or later, there will be a reckoning.  One where the sufferers rise up and take back their dignity, or one where today’s “winners” become tomorrow’s losers.

But ultimately, like Pharaoh, it is up to them to decide how it goes.  Because no matter how many times we repeat this story, the ending is always the same.  And always will be until the final ending: the day all men and women are free.