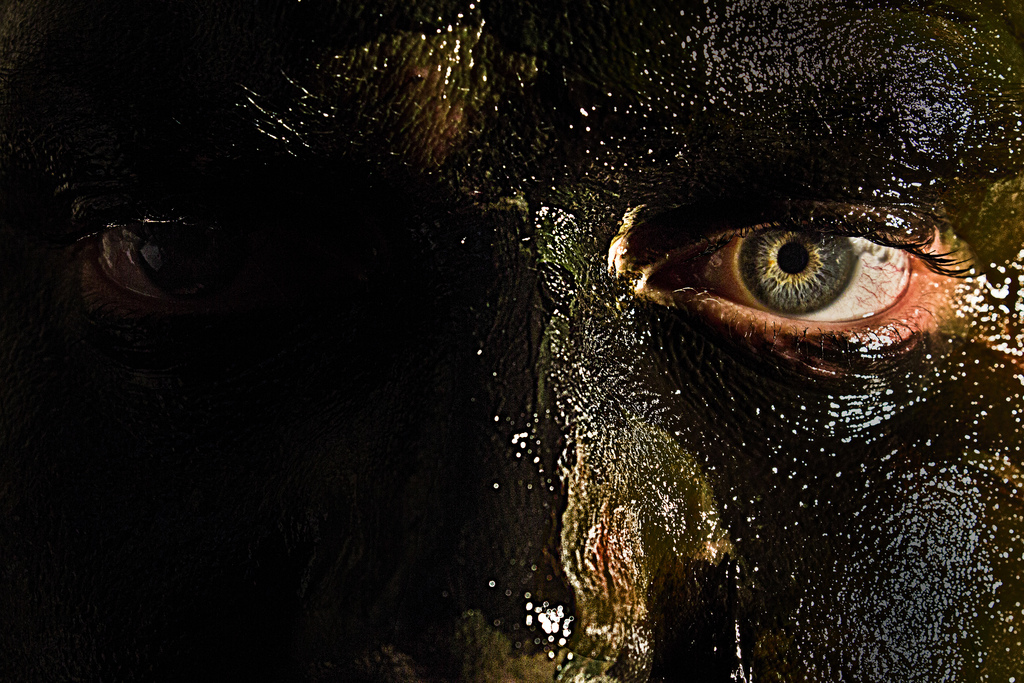 There are many writers out there who fight for seeing the gray, for being introspective, for thinking deeply about situations and not forcing ourselves into a life of propaganda and simplistic thinking.  And this war in Gaza, which is hopefully winding down, has thrown us off.

I noticed it among many writers.  The ones who, when the conflict first began – back when things seemed a lot more complicated, when three Jews had been kidnapped and killed, and a few other Jews had done a revenge killing of a young boy – were calling for people to look at things calmly, to evaluate things in a measured fashion.  We were apologizing for the death of the young boy.  We were frustrated, seeing some people adopting radical tones.

And soon, I noticed something, not just within me, but within most writers who were calling for this gray, for this peaceful, calm, complicated thinking.

The gray started to get lost.  The calls for complicated thinking started shedding.  Soon, we were out there, like all the rest, calling for the world ot understand Israel’s actions.  We were spreading our own propaganda.  We were fighting the good fight.

Suddenly, there was no gray.

I noticed it in my fellow Muslim writers as well.  A writer who I’ve always admired as a voice of moderation began mercilessly attacking Israel for its war.  A friend of mine in Saudi Arabia claimed Israel’s very existence was what encouraged antisemitism.

I think most people would see these developments as negative.  “War makes people radical!” they say.  “You’ve bought into the propaganda!” they yell.

Another Time When Choices Were Made

I wonder what it was like to be a peace-loving postmodernist devoted to diversity in Europe in the 1930s.

Your country is on the verge of getting invaded by an evil psychopath with an army of devoted brainwashed followers.  The Jews in your hometown are shaking in their boots, knowing that if you fall, the lucky ones will be shot on the spot, and the unlucky ones…  You’ve seen other countries fall piece by piece, and as far as you are aware this psychopathic leader won’t stop until he’s taken over the whole world.

How would you see it?  What would you say?  Would there be a way to look at this while still remaining calm, remaining peaceful, looking at the gray and the complications of it all?

This isn’t 1930’s Europe.  There is no Hitler on the verge of taking over the world, thank the Good Lord.

But I think we can compare our situation, in a way, to the peace-loving postmodernist in Europe.

A war breaks out.  Suddenly, a choice needs to be made: am I for or against this war?

I’m sure the European would have preferred to discuss the ins and outs of war, the various advantages, the value of fighting and not fighting.  But it no longer mattered once the war actually was upon him, once his country had made its choice.

There are times, in other words, where the gray disappears, where it matters, theoretically, but in which we must make a choice between the black and the white.

I wanted nothing more when this whole mess began than to start looking at everything from all the different angles.  To use the conflict as a means to introspection, as a way to get others to introspect.

But suddenly, the anger of the world erupted.  The fighting in the streets, the surrounding of synagogues by vile antisemitic dreck in Paris.

What mattered was that, among the many wars being fought, there was also a war of words.  And by keeping my voice moderate, calm, level-headed, I was essentially a pacifist in a war that was leading to the suffering of Jews the world over and to a war I, in the end, considered just.

All my desire for peace with Muslims, the awareness that some of the moderate readers I wanted to most read my blog, the peace-lovers, the liberals, the deep thinkers… the awareness that they would be upset with my speaking my mind on this, on my choosing white or black as opposed to gray… all these things mattered less and less as the war wore on.

I was either a soldier, or I was AWOL.  There would be a time for peace, for calm deliberate talk about unity and the gray.  Now was not the time.

I think there is a deceptive nature to the concept of avoiding black and white thinking.  The gray can be seductive.  It can allow us to wallow in a world where choices are not made.  Seduce us into thinking, thinking, thinking without taking a deliberate, hard stance.

As a writer, I am saddened by the fact that this war has created so much division among people that could have, in another situation, been united.  Who were uniting in a world of peace.

But it has also made it clear that much of that unity was an illusion.  An illusion that we allowed to deceive us as long as it never had to be tested.

War, something with which, on a practical level, you can only be for or against, doesn’t necessarily make us more radical.  It brings out our true beliefs.  It causes all our introspection and self-examination to be tested.  The black and white of it tests the gray we’ve delved into.

And perhaps therein lies the lesson: even the gray is complicated.  Even the infinite nature of complicated thinking is finite.  And sometimes, it is by choosing the black or the white that we truly can tap into the power of that infinitude.