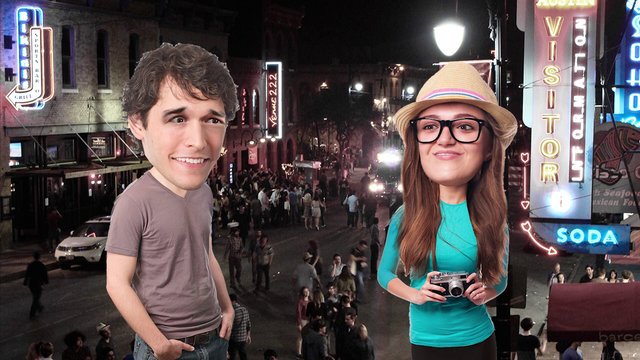 So, I think most of you know by now that I work at Charidy, a crowdfunding site for nonprofits.  That’s just part of my current obsession with crowdfunding.

In my mind, crowdfunding is what makes the internet amazing.  You get a bunch of people together to give to a cause that would never have been able to get off the ground without the power of our collective connectivity.

With that in mind, I’d like to share three awesome Jewish crowdfunding causes going on right now.   You could change a person’s life with one donation.  Or help a great cause.  How lucky are we, am I right?

South by Southwest is an amazing yearly music, film, and “interactive” conference held in Austin.  And Mordechai Lightstone, the leader of openShabbat, has, since 2010, been making it also a place for holiness.  As they put it: “[openShabbat] offers guests an island of serenity in the midst of a hyper-digital conference” In other words, it’s a place where people are forced to turn off their internet connectivity for just a short amount of time.

The campaign ends in only 15 hours from the moment this post is published, so please run, don’t walk, to give:

If you follow this blog you probably also know how passionate I am about mental health, and why everyone who needs one should have a therapist.  And that’s why I am so very excited about this particular project.  A documentary about a Hasidic man who has struggled with mental illness and addiction, and his attempts to turn the corner.  Besides the cause for mental health, I think presenting a Hasidic man in such a human, flawed light will do wonders to humanizing the people in that culture. Emanuella sent me this message last week and I felt like I just had to share her campaign: “I’m from Brooklyn, NY (currently living in Crown Heights) and became ba’al teshuva in 11th grade. I’m now graduating high school and am hoping to spend a year studying in a Lubavitch seminary next year. I set up an online fund for the endeavor on one of those crowdfunding websites in hopes that my friends would help me cover the insane costs of seminary abroad (either in Eretz Yisroel or South Africa as it stands right now). It’s hard to grasp that learning could cost so much money, but hey, that’s life without Moshiach, I guess.”

Contributing to a person’s education is perhaps one of the biggest forms of charity we can do.  It would be amazing if Pop Chassid could be a part of making that happen.