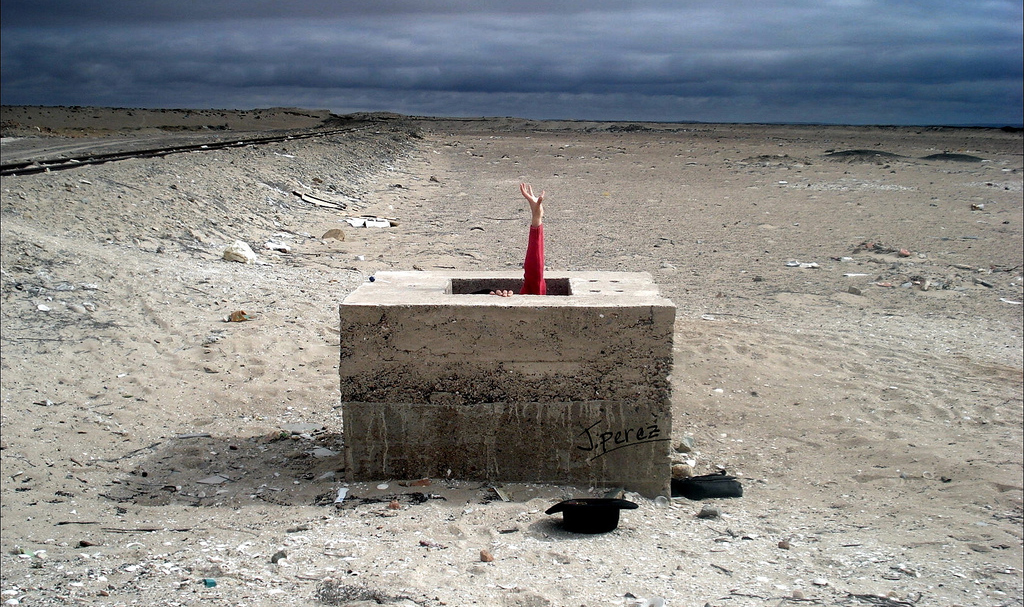 Death is one of those things nobody wants to think about.  It seems, almost, as if everyone just walks around pretending like it doesn’t exist.

I imagine most of us would laugh at the thought.  Who wants to think about death, right?

Think about it: it was only very recently that death has become something that we could have the luxury to put out of our minds.  For thousands of years, humans have had to deal with high infant mortality, death during childbirth, plagues, unadvanced medical care, and everything else.

Not only that, there are still plenty of people dealing with those things around the world.

We’ve built up a nice little luxury hotel for us in this country.

In other words, being aware of death is natural.  Refusing to think about it is unnatural and a luxury the vast majority of humanity has not been able to afford.

The irony of this is that, in many ways, our hiding from death has actually made our lives less meaningful.  It’s shielded us from the many benefits of being aware of and accepting that we will one day die.

So what are we missing?  What are the positives of death?  Can death even be seen as a positive thing?

Here are a list of how bringing death into our lives can actually enhance and make our lives richer and more meaningful.

Have you ever succeeded at something?  Have you ever put your heart into a goal and achieved the beautiful payoff of having reached it?

It’s almost impossible to succeed at something if we don’t have a vision of what we’re aiming for.  Of where we’re going.  Of what the prize is at the end of the journey.

And with that vision in hand, they work their lives, put their heart into achieving them.

Suddenly, career, retirement, money… all these things are sublimated to something higher: our highest potential as people.

Is it any wonder that there are so many people who have “mid-life crises”?  The awareness of death forces us to realize that there is a higher goal to reach for in life.

Ironically, by becoming aware of the reality that we will all die no matter what, suddenly life itself isn’t as scary.  We are often so afraid to fight for what we believe in, to challenge authority, or to live a life that is different than those around us.

But when we realize that this is the one life we have, that this is all we have, that it could end at any moment, then suddenly every challenge in life is put in perspective.  Suddenly, fitting in with the herd simply isn’t so worth it if it means letting go of a life that means something to you.  Challenges are smaller.

While death itself, the unknown abyss, can be scary, that scariness ironically makes life itself much less scary in comparison.  Because there is only so much that life can throw at you before you end up just how you’ll end up no matter what.

Which is why it makes sense that in the past, and in countries with less of the “luxury hotel” atmosphere, people were and are willing to die for what they believe in.  Because when death is a conscious reality, the fears of this world can never compare to entering death with a life unlived.

3. We cherish every moment

Another fact that terrifies us about death is that it could happen at any moment.  This makes death far more real and now.  But that very awareness, although scarier, also has the potential to make us live far more meaningful lives.

One of the biggest complaints we hear about modern life is that people are constantly rushing.  They’re doing this, doing that.  Constnatly aiming for their physical desires, like career success, and forgetting the more “important” things.  Like family.  Like that novel they always meant to read.  Or just watching a sunset.

What if you realized this one very moment is a moment you’ll never have again?

Unfortunately, most of us are rushing around precisely because we’re scared to face that reality.

But what so many don’t realize is that when we do face this reality, every moment becomes valuable.  More valuable than any diamond, than any career.  Because it exists once and then disappears.

And when we cherish the moment, suddenly we are grateful for what we have instead of anxious about acquiring what we don’t have.  We’re healthy, we’re able to think and move and have enough money to have a computer: we have so much to be grateful for, and it is only by being aware that it is temporary that we can truly cherish it.

4. We have more humility

No matter what we believe, religiously (or otherwise) about what happens after we die, we can all agree on one thing: this physical body that I’m in, this reality that I’m living, won’t exist after I pass.  At least not in its current form.  We won’t be 20 forever.  And we won’t be inhabited the body as it exists forever.

And whether we believe that the universe was around for billions of years or thousands of years, the enormity of it all makes our lives but a blip in a larger journey.

And this very humility is what then enables us to become more spiritual.  And I use the word “spiritual” purposefully: I’m not talking about religious debates or whether what I believe has more validity than what you believe.  What I mean is that we realize that there is more to life than materiality.

Death brings into sharp relief that all this physicality can’t compare to the non-physical conscious awareness (aka souls) that makes us who we are.

And the less our physical bodies matter, the more the timeless things in life matter.

Awareness of death does not allow us to escape these thoughts.

It’s funny, because often the most materialistic people (not people obsessed with money, but people believe that all that exists is physicality) have  a certain glee in pointing out how “primitive” religion is.  But that accusation comes from a place of privilege: of living in the luxury hotel that allows them to avoid thoughts of death for as long as possible.’

It’s also why so many religious people are so quick to not live out their ideals.  Or why they care only about the outward manifestations of their beliefs  than the inner spiritual life they’re meant to access.  Because they are afraid to realize that death is around the corner, and that one day the Maker they believe in will be face to face with them.  And so they worry more about their image, other people’s actions, and going through the motions, than digging deep.