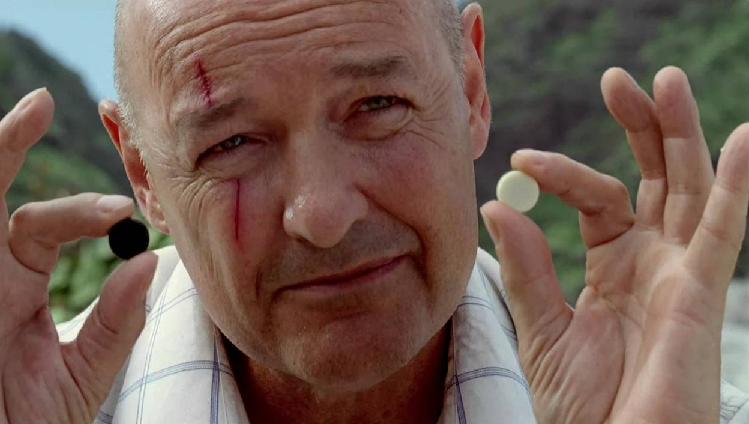 I have a yearning to commit that has gotten me in trouble in the past.  For example I  once was the follower of a guru and later learned that her organization was unwilling to make their financial records public.  I once followed a rabbi and found out that was a conspiracy theorist.  I once fell in love with a girl and she didn’t love me back.  In each of these cases I had a desire to leap into something different, a more profound relationship with life and with myself.  I wanted to know a secret wisdom that maybe I had always known but had never articulated.  And in each of these cases I ended up burned.  So when I met Elad and found it he was a terrific writer and also a Chassid I was worried that this would happen again.

Eric: Elad, I said, your approach to life seems rich and holy to me but I can’t justify it rationally.  There are too many things you believe that just can’t be proved.

Elad: Of course that’s true.  But as you know Kierkegaard advocated taking a leap of faith.   You don’t know what the world will seem like to you when you commit yourself seriously to a religious practice.   Once you do, you will see the reasons, but until you do they won’t seem to be reasons to you.  It’s like psychotherapy, or Wittgenstein’s notion that to imagine a language is to imagine a form of life.  Until you are in the new life-form its language won’t make sense to you.

Eric: That argument makes sense but unfortunately it equally well applies to bad changes.  If I have never tried heroin the idea of taking heroin won’t appeal to me.  It might be true that if I take it it will induct me into a new-form of life and a lot of new things will be desirable that were never desirable before – like getting a fix.  But that would be a bad thing.  It’s almost as if you have a pattern in your brain and I don’t know until I accept it into my brain whether it’s a path to salvation or a mental disease.

Elad: I think I have a solution: I’m a computer programmer.  I will make a back up of your mind onto my hard drive – call it Eric2.  Eric2 can then convert to a life of serious religious observance.

Elad: No but it can keep many mitzvot.  I will make sure it does not perform work on Sabbath for example, I will teach it to observe the halachot of speech and business dealings and so on.  Then if Eric2 is happy we can then copy it on to you.  You will get the  positive results of a religious conversion without the risk.

We tried it.  After two weeks Eric2 was very happy as a cybernetic baal teshuvah, but I was still afraid to copy it on to my mind.   It’s level of observance struck me as obsessive, its views on the relationship between the sexes medieval, and it’s approach to the hermeneutics of biblical texts naïve.  Maybe what works for him would not work for me.  I discussed it with Elad.

Elad: I don’t know what I can do for you.  Could we just talk?

Eric: I am afraid to even talk.  I don’t want to get converted  I don’t see a way out.

Elad: I think I do.  When you talked about your guru and your rabbi and your girlfriend you focused on the three of them, but the more important player in those stories was you.  Something about you wanted there to be a secret higher knowledge, or a path to transformation or at least something deeper than everyday life.   This is not really about your relationship to me – it is about a relationship between two parts of yourself.

Elad: Suspiciously so.  To be honest, I suspect that this is not really a dialogue you are having with me, but that you have written both parts yourself.

Elad: I don’t know if I would go that far, but there is an Elad1 and an Elad2 and I too would like to get those guys together.

Eric: I feel like talking to you has helped me unify parts of myself too.  Maybe all this talk about religion and God is just a path to some day unifying ourselves and ourselves with each other.

Elad: The prophet Jeremiah said a similar thing – once the world is unified we will stop teaching each other about God:

No longer will a man teach his neighbor,

or a man his brother, saying, ‘Know the Lord,’

because they will all know me,

from the least of them to the greatest,”

Eric: Maybe instead of saying “Know the Lord” they will say “Here’s how I know him – how do you?”

Born in Brooklyn Eric Kaplan is a writer for the Big Bang Theory (and former write for Futurama) who is currently working on a dissertation on comedy at UC Berkeley.  His book “Does Santa Exist: A Philosophical Investigation” is coming out with Dutton in October and is available for pre-order on Amazon.  You can read more of his posts on his blog.