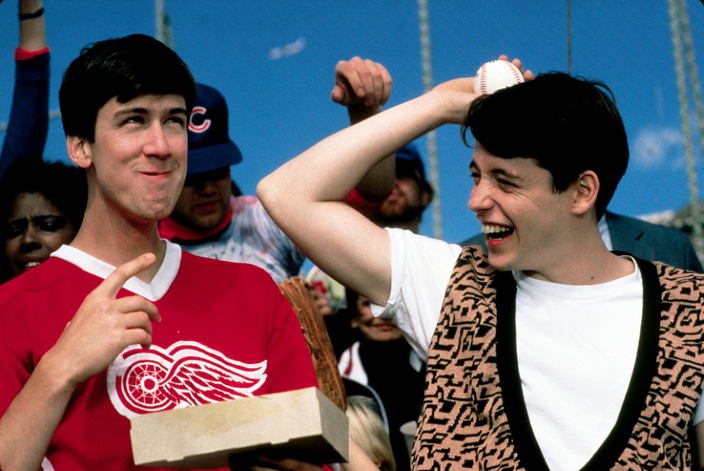 Who would you rather be? Ferris Bueller? Or Cameron? The cool guy with tons of friends? Or the awkward, hypochondriac dork with only one real friend? The guy where everything seems to come effortlessly, easily, as if the entire universe seems to bend to his will? Or the dude with the mean father, the endless issues and whose life seems to be a constant test?

Most of us, understandably, are pretty into Ferris. The awesome dude who somehow manages to lip-sync the best rendition of “Shake it Up Baby” ever created. The guy even has a movie named after him. Yeah, being Ferris would be pretty sweet.

And Cameron? No, thank you. I would rather not be the dude that has to face a stern-as-all-heck father after crashing his Ferrari through the garage and into the (awesome) back yard. None of us would be.

But I’ll be honest, I was watching Ferris Bueller’s Day Off for the first time in like ten years on the plane to Israel the other day, and I couldn’t help but feel that the movie wasn’t really about Ferris.  Sure, Ferris is the guy who gets to sing on the float and have the super cool gorgeous girlfriend. But it is Cameron that we really care about. It is Cameron that goes on the true (inner) journey. Ferris gets a day off. Cameron’s day is as on as it gets.

There is hardly a moment in the movie when Ferris is challenged or tested. He coasts through life with nary a problem. And sure, it might seem cool to us, but what’s interesting is that he also hardly grows towards the end of the movie. He’s still the same carefree dude.

Cameron, though, he faces obstacle after obstacle. And with each obstacle, with each rock placed in front of his path, Cameron steps onto it and raises himself higher and higher. Until we reach the end of the movie, the moment when Cameron says “It’s gonna be good”, that moment when we know Cameron has a reached a new plane of existence, a world where he can begin to love and stand up for himself.

To be sure, we don’t want tests. We don’t want a G-d that makes our life difficult. To be Ferris Bueller would be nice. But this is the truth. Most of us, if we didn’t get these tests from up above, if we weren’t put in Cameron’s shoes sometimes in our lives, we would end up shallow. A pool that has never been dug to see how deep it can go. We need tests because they help us realize who we really are.

Cameron, at the beginning of the movie, he seemed like a weakling. A nerd. But the truth, as we discover as the movie goes on, is that Cameron is the strongest character in the movie. Not because he can charm an entire city. Not because he can get away with whatever he wants. But because of the experiences he went through.

So, who would you rather be: Ferris? Or Cameron?