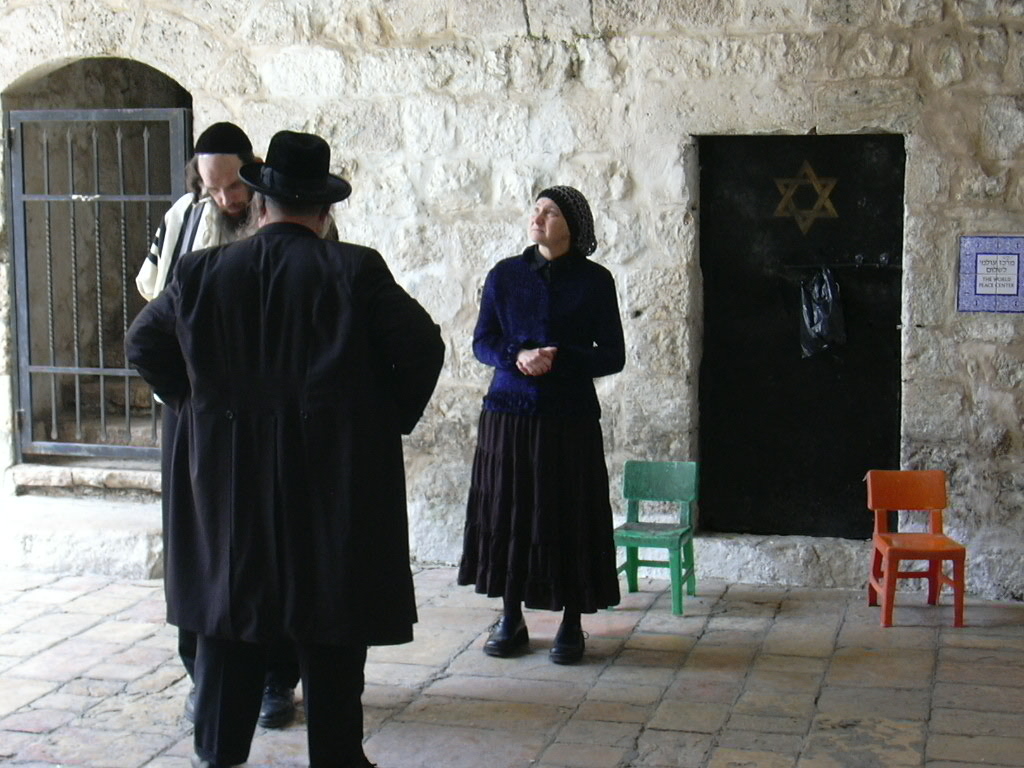 Woman #1 was the secretary at my yeshiva in Israel. She lives in Mea Shearim with her husband. They are both from Boro Park.

When I first met Woman #1, I was convinced she was cold and kind of mean. She spoke with a certain coldness and rarely looked me in the eyes. Most other guys in the yeshiva felt this way.

Then one day, my wife told me we were going to this woman’s place for Shabbos. I had no idea they had even talked, but apparently she had become friends with her and she really liked her.

As we walked to their place for Shabbos, I remember feeling apprehension. I remember walking around, looking at all the shuffling Hareidi men and women, seeing how none of them wanted to talk to me, what with my colored shirt and all, and the way they all seemed so cold. All the garbage laying around everywhere didn’t help.

But then we walked in to their place. And I was overwhelmed with the welcoming attitude, and the positivity and warmth. Especially from Woman #1. I was completely befuddled watching her interact with my wife. She was laughing! Smiling! This was extremely confusing.

Her husband was amazing as well. Even though I could hardly understand the Yinglish he was speaking to me, I was pretty sure he was saying lots of positive things to me.

After we had been there, I tried saying, “Hi!” to her a few times at yeshiva, thinking we had built up some sort of bond in my oh-so-cute Chabad baal teshuva innocence. She just kind of looked at me with a certain sadness that seemed to say, “Oh you poor idiotic thing” and then responded to me in her usual coldness. 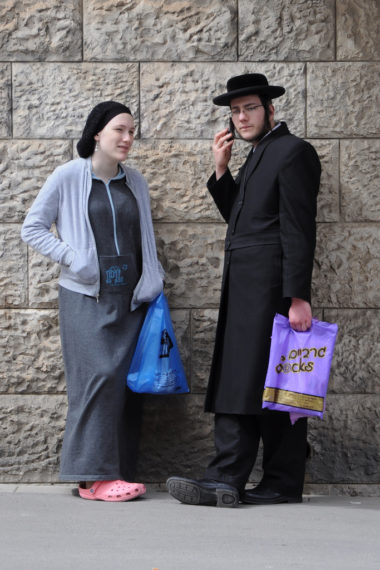 It took me a little while (and my wife’s explaining to me) for me to realize that this woman wasn’t Chabad, she wasn’t a baal teshuva, and she lived in Mea Shearim: she wasn’t going to be “nice” to me. She was going to be tznius.

We continued to return to Woman #1 and her husband’s home. Every time, I was struck by the way she spoke defiantly, proudly, of her religion. When anyone criticized something about Hareidi Judaism, she stuck up for it, much more defiantly than her husband, and said in no uncertain terms how proud she was of her life, of the life she was born into. She spoke lovingly of the way her grandfather had survived the Holocaust and all the holy stories he shared with her from that period. She spoke about controversial prayers.

Whenever someone talks about how repressed hareidi women are, I think about this woman. She was a feminist, in my eyes, and she was proud. I was happy to have met her, not because I think that all Hareidi woman have her exact same experience, but because it helped add a bit of grey to the black and white to the conversation that usually surrounds this issue.

A year into my wife and I living in Israel, we chose to live in Makor Baruch, a Haredi neighborhood bordering Geula in Jerusalem. Mostly, this happened because we had lived and run away from every other neighborhood in Israel. For most of our stay in Israel, I resisted the desire to live in a Haredi area for obvious reasons: no internet, I don’t speak Yiddish, and all the bad rumors I had heard about these areas.

But we were desperate, and pretty much broke, so out of necessity, we moved to Makor Baruch.

I still remember when I first my landlords, who were both also from Boro Park. I was wearing a red t-shirt. If you’re not aware (and I wasn’t until a few minutes after I left), this is kind of a ridiculous faux pax in a Hareidi world. They could have easily turned me down. Instead, the husband sat me down, smiled at me, gave me a big hand shake, and offered me the contract to sign. The wife, of course, ignored me.

Unlike all our other landlords in Israel this family immediately invited us for Shabbos, connected with us warmly, and pretty soon my wife was regularly visiting the wife (Woman #2) downstairs. On our first day there, we literally made the stove explode, and the wife shook her head, said it was fine, and gave us brownies for the Shabbos coming up. This is not normal landlord behavior in Israel, just so you know.

I remember the first time we came to their home for Shabbos. In the room were her G-d-knows-how-many children, many of them visiting from all over Israel. The oldest must have been in his late twenties. The youngest must have been around three. 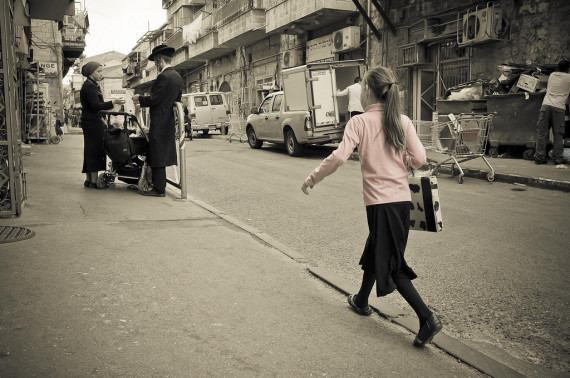 And then she apologized to us that not all of her kids could be home to meet us.

She wasn’t like Woman #1. She was quieter. But just as with Woman #1, whenever she was with my wife, she seemed to come alive, to have this nonstop smile, and to discuss warmly her experience with Judaism. My wife would always report back her interactions with Woman #2 with me, and tell me how richly this woman experienced Judaism, how much she didn’t seem to slow down, despite having so many children, and how energized she seemed to be by the Hareidi lifestyle.

On the day we left to go back to America, her and her daughters made a scrapbook for us with pictures of us and our daughter and handwritten letters from each of the daughters thanking us for getting to know them and wishing us well on our trip back home. It was probably the single most thoughtful thing someone has ever done for me or my family.