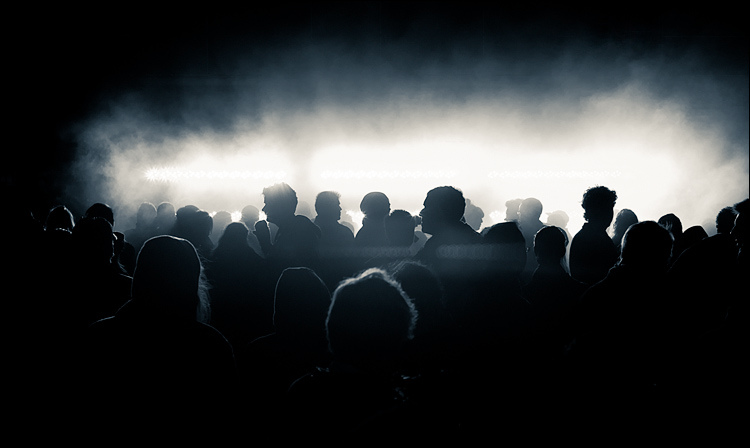 His face was warm, calm, and open. His voice; a delightful mixture of music and light, from the Caribbean. With a certain strength about him as well.

We were thirsty for Sprites, delirious, cranky, yet jazzed up in anticipation, stuck in an European airport on our journey to visit America for the first time in what felt like forever.

It was unclear who was next in line as we waited at a mini-airport cafe. We, bold and brash from our Israel lifestyle, were slowly inching in front of the straw-hat wearing Caribbean man. You snooze, you lose, right?

Extending his hand out, he asked: ” Would you like to go in front of me?”

Not, “Were you in front of me?” but, “would you like to” as if saying, “I’ve got all the time in the world, we’re all gonna get there someday. Be my guest.”

We almost laughed out loud, in his face. I could barely keep from smirking as he turned away (we, feeling like children, waved it off “oh no no, you can go” , as if we hadn’t been ready to fight him for it a few moments earlier).

That remark “would you like to”, was completely out of context for us. Israelis, despite their incredible warmth and helpfulness, are notorious for being pushy when in line. “You need to assert yourself, stand up for yourself, ” they (Israelis) informed us line-obedient Americans as we struggled in the midst of jostling crowds at the bus stations, at the movies, anywhere there was a line and a demand.

What, I wonder, does this “line” mentality represent?

For everything stereotypically Israeli parallels a quality within the Jewish people as a whole. 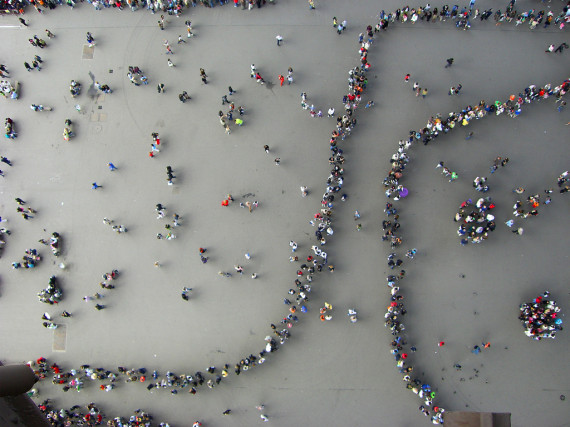 In terms of the positive aspect of things, it represents the strength of the Jew, willing to fight, assert himself, independence, free-spirited, with his own mind. I get the sense that Israelis feel the pushing is a good thing, indicative of inner strength. Which it is. But it also leaves out the whole other side of the Ten Commandments, the relationship between man and man. That these people that you are pushing, are people. A tricky balance.

It seems to indicate on a deeper level, a defect in emuna, in faith that Hashem will provide.

Here, in New York City, surrounded by black and white, the problem persists, albeit in different forms. Here, we are not as afraid of the scarcity of things. There is a greater abundance of things (though a man does desire double what he has). Rather, as we stride furiously down the sidewalk, going places and doing things, for us, the challenge is not the line, but our time. Time; a commodity, like space, that is in the direct Hands of Gd to manipulate and maneuver. If only we could open up and believe that.

For the religious Jew, the standard for performance is even higher. For someone who doesn’t believe that Gd is the one shifting and giving, alternating time and space for His and our convenience, the “bootstrap mentality” is rational. Fend for yourself, guard your field. Give only when you have “enough”. Maybe not so kind, but rational. Time and space after all, they argue, is limited.

But for those who believe that Gd can do whatever He wants, that if the bus is full, another bus will come with a better surprise on it, that Gd has infinite buses and infinite hours and lots of crisp dollar bills to distribute to accomplish our tasks, this action is preposterous, sacrilegious, and worst of all, hypocritical. For in our minds we hold the truth of his Infinitude, of His values, of the way in which we should treat others, and yet, and yet, the message doesn’t quite reach our hands as we pull out of cellphones, point to the time, and push, shove, and run towards accomplishments, regardless of the people we leave behind on the sidelines.

Emuna. Faith. The Source of things.

Jews, New Yorkians, earthlings, and anyone else who’s listening; let’s make a pact. If we both chill out, open up, and show some love, I’ll let you go in front of me in line. I’ll let you take the last mango at the fruit store. I’ll even send some positive energy your way while walking down the street. At least, I’ll try.

No matter what they say, there’s enough out there for all of us.

All you gotta do is ask the Guy in charge. If He’s anything like the Caribbean man, I have a feeling He’s got a lot to share.