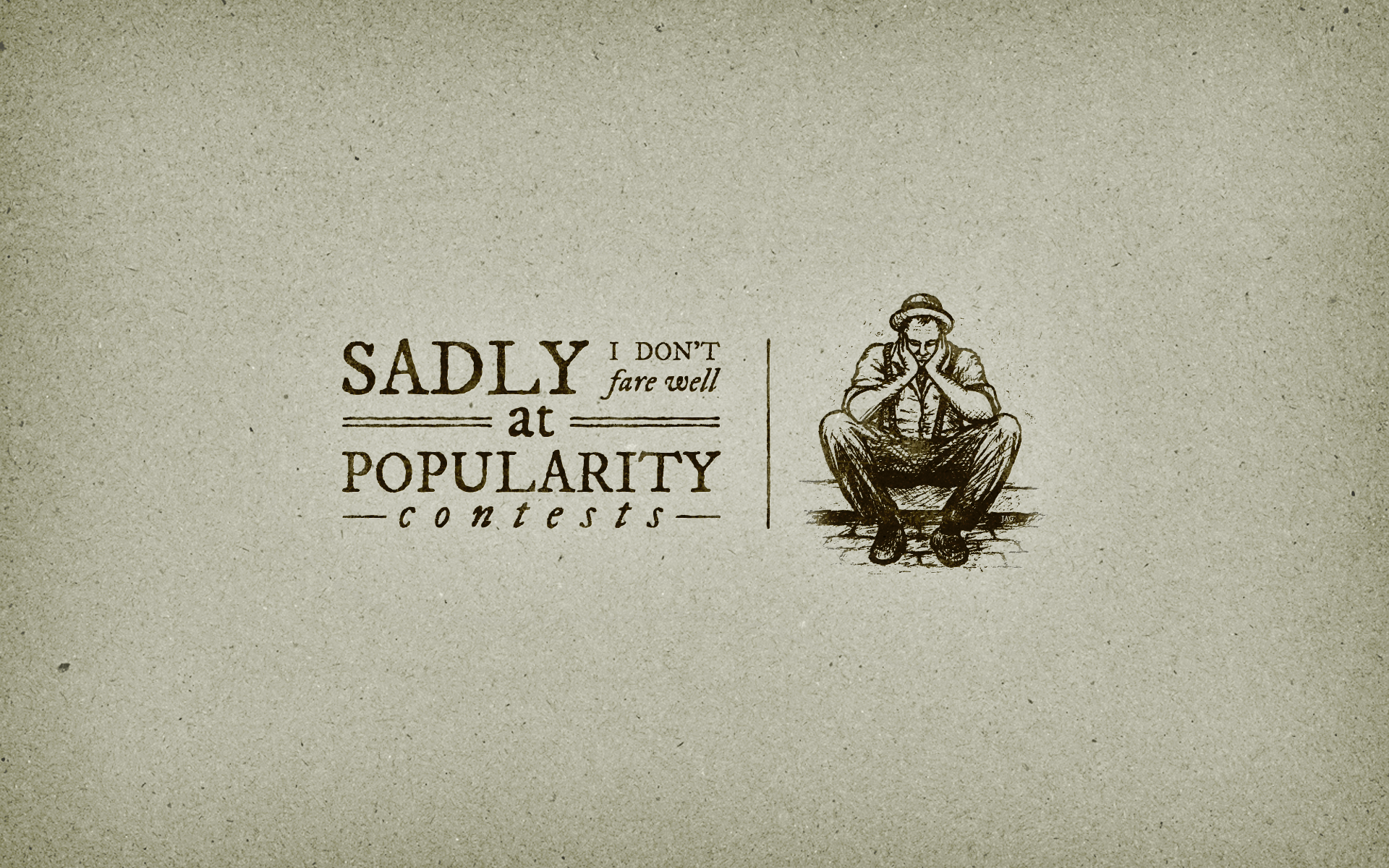 Anyone that remembers middle school and high school remembers popularity. They remember the way there was this special caste of students in the school, the ones for whom everything seemed to go swimmingly. The guys got all the girls, the girls dated the older guys, and they all were great at sports and just about everything else.

These are the people who just seemed to get everything on a silver platter. Even the teachers liked them. They just seemed to dance their way through life without any difficulties.

And then there were the rest of us. The ones that got pimples and that got picked last for dodge ball, and that preferred reading or programming to going out drinking.

These people, these lower-status folk, they always seemed to have it hard. Picked on, made fun of, and sometimes there were some that even the teachers didn’t like. It was as if nothing could go right for them.

I often think about popularity since I’ve gone on the road towards becoming a baal teshuva (becoming religious).

As the years have gone on, it seems to me that the more religious I become, the more I notice the same sort of “popularity” sorting that exists in secular society exists in the religious world.

It takes a different shape in the religious world. Now it’s people who speak well, who seem to do everything perfectly. The ones who never seem to question or have any problems with Judaism. They’re the types of people whose house is sparkling when you come to visit, and who give over dvar torahs on Friday night. They’re the ones who in yeshiva were encouraged, groomed, and shown off to the donors.

The more I grow as a Jew, and the more that I observe these sort of people and the people around them, the more I feel like I’m in high school.

Why? In high school no one, especially the people encouraging the behavior and the popular people themselves, seem aware of how fake and contrived the world they’ve created is.

Because the truth is that most of the people who are “popular” religious Jews these days only have the appearance of success. They are people who never delved too deep into themselves because they associate their ego so closely to their Judaism. To them, Judaism is so connected to their appearance in the world, that doing anything but the perfect thing is almost unimaginable.

Of course, that’s fine. People will be like that, and it’s great that people are finding a way to connect to Torah, even if starts with the ego.

The problem lies more in the way the people around treat it. Or, more accurately, how they treat the less successful ones.

There is a whole class of religious Jew, a whole group, for whom everything is much more of a struggle. The people who forget to wear tefillin every other day, people who have trouble comprehending the value of mitzvos, who for each step seems a difficulty.

These people exist in the baal teshuva world and they exist in the frum world. Baal teshuvas like this are often encouraged at first and then slowly ignored. People in the frum world often refer to their unpopular ones as “off the derech” or “needing chizuk”, etc. In both cases, the “popularity” caste system makes it extremely hard for these people to connect to the Judaism they need.

Because the rabbis around them, the yeshiva teachers, the leaders, and the world they inhabit, tend to glorify and idolize the ones who do everything perfectly from the beginning, the unpopular people are not given credit for who they are. Instead, they are seen as less perfect versions of their popular counterparts.

The questions the “off the derech” people ask are seen as pimples. The difficulties the struggling baal teshuva faces are like disfiguring marks that will forever haunt them until they are completely hidden. And even then, these marks often tend to plague them when they are looking for a shidduch, or sending their kids to school. 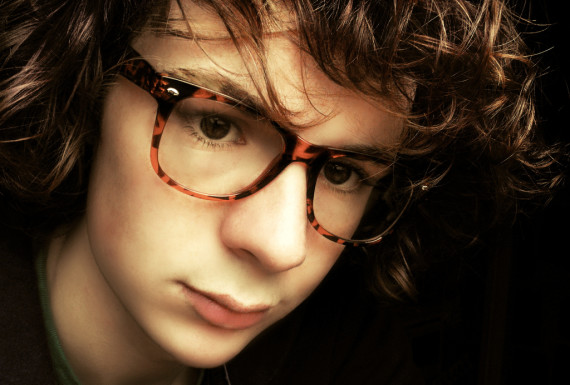 The rabbis tend to ignore many of them. The teachers at their schools mark them as bad apples and talk to them harshly when they question or come late to davening or are caught doing something inappropriate.

The only reason I, and many other people I know, are religious, is because we had a guide that took us seriously whether things were easy or hard for us, and whether we succeeded or failed.

And when those people don’t exist in a person’s world, there is little chance they will stay “on the derech”.

What separates the people who encourage the less popular ones, and what makes them exceptional, is that they realize a simple truth: not just that the people who are not as popular deserve respect, but they are, in many ways, deserving of much more attention and praise than the successful ones.

They realize that often the struggles for these people come because they simply want a deeper truth than most people around them are willing or able to offer. Just as most teachers in secular schools would prefer an unquestioning automaton, to a deep, thoughtful, but hard-to-discipline student, most people in religious circles with any amount of power prefer those who fall into line and follow orders. It makes their lives easier and it reinforces their worldview.

Recently, there have been quite a few articles and blog posts spreading by people who left Judaism, or are at least questioning it. They claim that no one gave them “satisfactory” answers to their thoughtful, probing questions.

Many in the religious community think the way to address the people that leave the fold this way is by providing more satisfactory and deep answers.

I disagree. A person rarely leaves Judaism for logical reasons. The reason, as most of these articles implicitly (and sometimes explicitly) state, is that the questions these people asked were dismissed. The person was made to feel bad, or even stupid, for thinking outside the box. They were treated like unpopular high school students.

And so they left. I would argue that 90% of the people that leave Judaism leave because they aren’t respected, aren’t treated with the dignity they deserve, and aren’t seen for being the truly exceptional and amazing people they are.

I’ll never forget the day that started my road towards becoming religious. I sat there with Rabbi Shmuel Tiechtel at ASU Chabad, and argued with him throughout the night about everything from evolution to abortion. Not a single one of his arguments convinced me. But I was struck by how he spoke to me with calm respect. How he didn’t dismiss me the way I expected all religious people to.

I remember being in Mayanot and debating with Rabbi Shemtov about women’s rights and he would just smile at me and hand me a l’chaim, and we would both yell our arguments and then somehow end up on the table dancing.

This is the way the black sheeps in the Jewish world need to be treated. With respect. With the acknowledgment that they deserve more attention and more love than the popular people. Because they want their Judaism to be real. They don’t just use it for their ego, and are even willing to forgo the entire religion to get to the truth in the world.

In the end, it’s always the unpopular nerds that truly succeed. Unfortunately, this truth isn’t as obvious in the religious world as it is in the secular one. The system perpetuates it. We need more Rabbi Tiechtels and Rabbi Shemtovs, more people willing to follow the example of great men like the Rebbe who were able to see past our flesh.

Most of us are tired of hearing the same old people give dvar torahs at shul. We’re sick of reading rehearsed, uncreative, articles about how people left the horrible secular world to become religious.

What everyone really wants to hear, what we’re all craving, are people speaking from the heart and from a place of pure truth.

Until we encourage, respect, and admire the unpopular, pimply people of the Jewish world that simply will never happen.