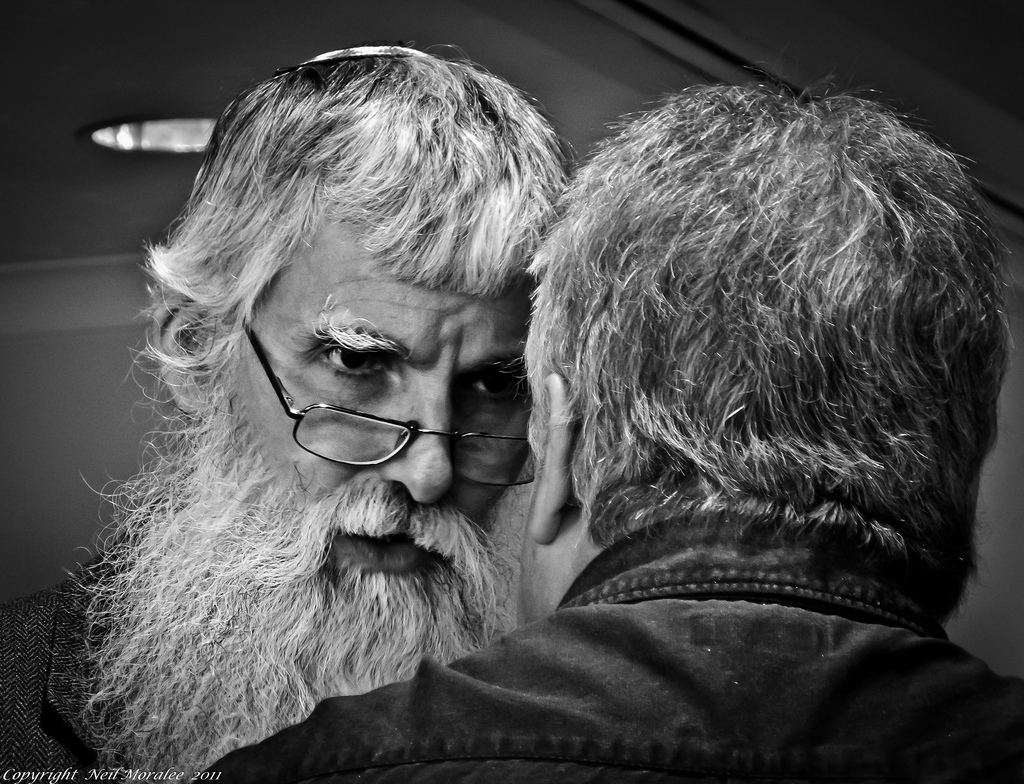 There I was in 770. We were all starting to pray Mincha. As I’m starting Ashrie a man comes, and sits right down next to me. No, doesn’t sit next to me. Moves me. Pushes me over.

Now I’m stuck in a tight spot. I can hardly move because the place he pushed me to has a table that sticks out, so that I’m caught between it and the bench. I look to both sides, and try to see if I have an escape. Shemona Esrei is about to begin, and I don’t know how I’ll be able to move. G-d knows how I’ll shuckle.

So I make a quick decision, I’ll just move out. So I ask the guy who pushed me to move so I can get out. I make a little pointy motion, you know the kind you make in shuls when you don’t want to talk, but want to get through?

He looks at me as if in shock. For a second he stares at me. Then he screams (like, screams… like, loudly) “Why didn’t you say that at first?”

It’s my turn to be a bit shocked. What did I do? But I try and keep cool, you know. Whatever. Jews be crazy.

But as I get out he says something else, starts muttering, and man, I can’t help myself. So I look over and I say, “Nice ahavas Yisrael.” I try and say it calmly, like all cool, like he isn’t bothering me, really.

He didn’t take it well.

Now, in the middle of davening, as everyone else is beginning the Amidah, the man looks me square in the eye and starts really screaming.

My eyes bug out.

I just nod, you know. Like, okay, this guy’s not just Jew-crazy, he’s like really crazy. So I just nod some more, shrug, and go into the Amidah.

But, man, there was something about that. Something about that moment that stuck with me. Besides an old man screaming at me that I was an &*$@ole, which might stick with most of us depending on our relationship with old people.

It was the context. The place that so many people consider so holy, so sacred, so special. 770. The place where the Rebbe changed lives, changed the world, gave over sichas and maamarim straight from heaven, who met with world leaders and normal people alike. The place that began the revolution of sending shluchim around the world and bring the world back to Geula. 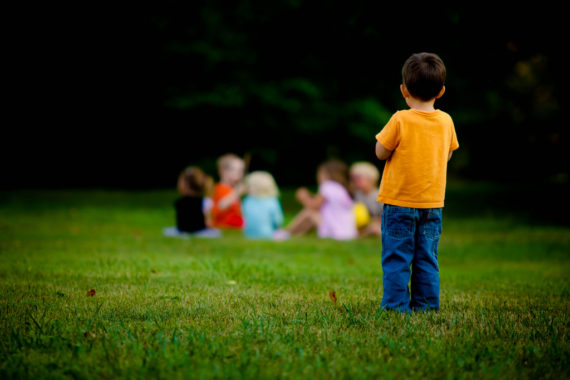 And what’s worse is that there were more situations like that. Not quite at “old man calling you an “&*$@ole” level, but, you know, the “normal people being especially rude” level which can be worse in a way.

We expect more out of our holy places. We expect when we walk into a place like Crown Heights, like 770, that people should be holy, and effected by every word the Rebbe said, and be an example, be like the shluchim we met on our campuses. And when we’re not, it cracks our perception of the holiness of this location, and even of the Rebbe, or whoever else we look up to.

These sorts of thoughts led me to start thinking of the Kotel, the place 770 always reminds me of.

The Kotel is meant to be the holiest place in the world. The place where our temple used to stand, where our new temple will one day be rebuilt, the place where G-d’s presence wants to chill. 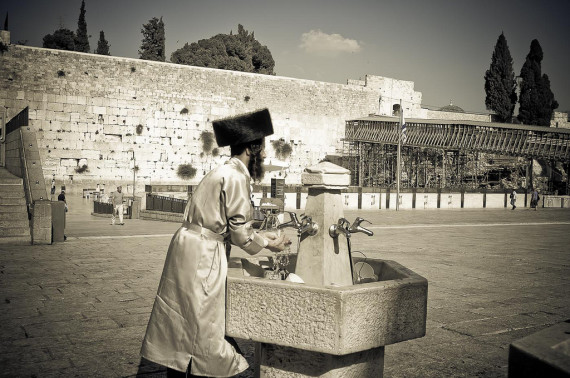 But anyone who’s visited the Kotel enough times know that the visit can sometimes be marred. Like my visit during Birthright where the women in my group danced and sang, which promptly led to a man jumping over the mechitza to yell at them. Or like when we pray and we see a bunch of Asian tourists snapping pictures of us. Or how politicians use it as a photo-op.

These should be our holiest places! What the hell is going on? Why are they so marred, so destroyed, so low, sometimes lower than a random shul in the midwest, which will have devoted followers, calm praying, and whose congregants who tend not to scream at you for being an &*$@ole?

The answer, I think, lies in the Kotel itself. Or, behind the Kotel to be more accurate.

Cause, see, the truth is, the Kotel isn’t just the holiest place. It’s also, currently, the most tragic. There ain’t no temple there. There ain’t no holiness. G-d’s presence is chilling somewhere in Atic, as far as I’m aware.

But now, it is not holy. At least, not in the way it’s meant to be.

Same with 770. One day, that place will be resting by the temple, and Chabadniks will be farbrenging non-stop. And the Rebbe will be there.

But right now, it’s a place living in potential. Just as much a sign of our failure to bring Geula as a sign of what Chabad and the Rebbe have accomplished.

In other words, we’re living in Galut. In the pre-perfect days. The crap days. The days when &*$@oles like me roam the earth.

The problem is that most of us look at these moments, we see the lowness of 770, or the Kotel, and finally at the Jewish people as a whole. We see what a bunch of BS Jews spout, we see the people that have destroyed it, that claim to be rabbis, and instead are hiding child molesters, or we hear stories like what’s happened at JONAH, or we just feel rejected and humiliated by people we’ve considered leaders, or we feel like we don’t fit in because we don’t fit the normal mold. And we reject it. Some of us reject the rabbi, or we reject certain groups, or we reject 770. And then, many, G-d forbid, reject Judaism.

What we’re all missing when we react like this is the lesson of the Kotel. The lesson that this world is backwards. Afuch. Upside down and inside out. Everything that should be holy isn’t. Everything that appears to be holy is probably not. No one is perfect, and no thing we trust is completely reliable. Like the world of Limbo in Inception or Wonderland in Alice in Wonderland, the world just doesn’t (and isn’t supposed to) make sense.

Rejection is an option. But so is being a leader. Being a world-changer. Someone who, whether simply being respectful to others or by doing something larger, is making the world a bit more pure and a bit closer to the way it’s supposed to be.

The reason the Rebbe changed the world, the reason anyone looks at 770 as holy, is because his entire life was devoted to one cause: addressing the brokeness of the world and working tirelessly to turn it from backwards to forwards.

When we see 770 in disarray, the Kotel falling, Rabbis failing, Jews pretending, we need to realize that’s just a reminder. A reminder of our own power, our own ability to make the world perfect. A reminder that we have a special power to make the world we want into a reality that exists.