He didn’t mean to kill him. He really didn’t.

When that bag of bones flew into his secret lair, Megamind could not have possibly expected it. He had lost so many times. He had “almost won”. But he never won.

There’s a little, somewhat clumsy, but incredibly intelligent alien living inside of us, and he’s just like Megamind. He wants to fight us, push our buttons, scare us, have witty banter with us.

But he doesn’t want to win.

Most of us are scared of Megamind. Like the foolish people on the ground, the scared urban dwellers of Metrocity (or Metrasity as Megamind would say) are scared of Megamind. They run when his big cloud surrounds them, when babies see him they cry, and the police drop their guns at the mere sight of him. You know, the usual super villian stuff.

But there’s another part of us, a part that doesn’t get so easily startled. There’s a part of us that knows who Megamind really is. Knows that Megamind is just a joke, a laughingstock, a guy that screws up just about every time he tries to be truly eeveel.

And it’s not who you think it is. That guy in the cape who pretended to die, who threw some bones at Megamind, he ain’t no hero. He’s just a dude that wanted to play guitar. He’s one of the guys on the ground, or at least, that’s what he wants to be.

No, the real person, the real person with strength is the lady. Roxanne Ritchi. She’s the one that knew from the beginning that Megamind was a little silly. Trying a bit too hard, always losing. She knew the score, even when things seemed down and out. And in the end, she was the one that truly saved the day.

She’s that little voice of truth in our hearts, the one that tells us how to act, how to straigthen up and fly right. She’s the one that knows that Megamind wants to lose, because he’s just a silly little boy in a blue alien man suit.

We can turn Megamind inside out. Turn him into a Mensch. Make him good. In other words, make him the hero. 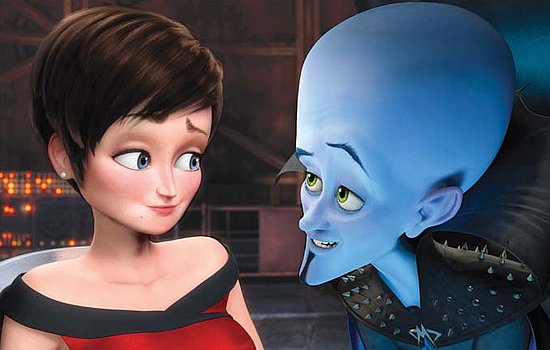 That is the power of our inner Roxanne Ritchi. The power to turn a super villian into a super hero. Because, in the end, he’s really just a sweetie. A sweetie with enormous power, power that we can harness to turn the world into a world we want to live in. Power that we need to make the world we want.

All we gotta look at him, smile, and give him a big smooch on the face. Right after we beat him up.