And that’s for a good reason, to an extent.  We need to live in the present, right?  Need to be focused on what’s in front of us, on doing what we do.

But there’s a danger to all this “the present is forever” thinking.  When we forget that we’re going to age, that we are aging, then it’s easy to just go about our day to day lives without urgency.  It’s why, I think, so many people are willing to spend their time watching the Kardashians, doing drugs, eating unhealthy, etc etc.  There are so many things we do because we  imagine that time is forever.  Because we imagine that we could always do it one day.

And most of all, we like to imagine that we will never die.  That life will never end.  That what’s happening right now is just an ongoing process, one which allows us endless opportunities to make up for the mistakes we are making now.

And that’s why I think it’s important that we take a moment to look at the world and to remember that the only constant is change.  Below are some photos to remind us of just that.

Below are a collection of photos that take various stages of our history and superimpose them in various ways onto the present day.  These artists found an incredibly powerful way to remind us that every step we take is shaped and evolved by those before us.

1. The Ghosts Of World War II

Artist Jo Teeuwisse of Amsterdam was struck with a flash of inspiration the day she bought some negatives of historical photos at a flea market and decided to do a series of photos comparing the past to the present.

The results are extraordinary, and a powerful reminder of how even the most significant moments in our past will be swept away with time.

Running through the streets of Paris and history itself 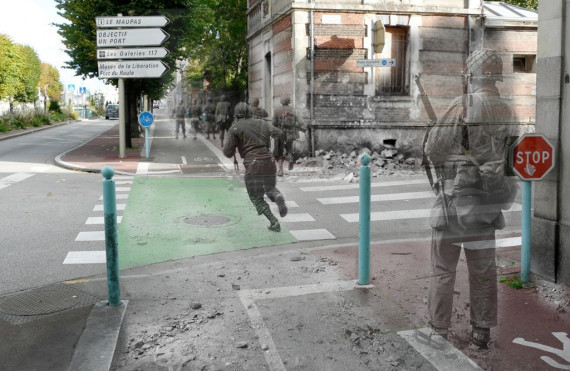 Waiting for the arrival of the allied forces in Holland, May 1945. 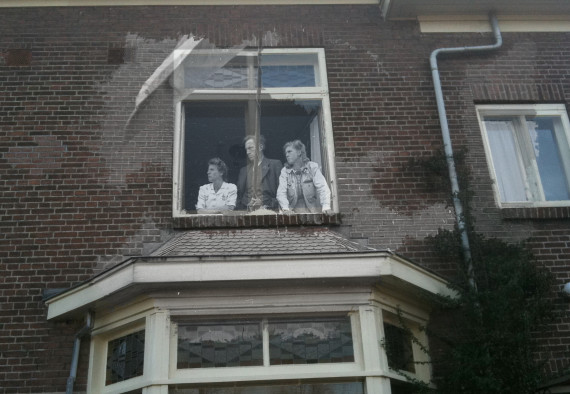 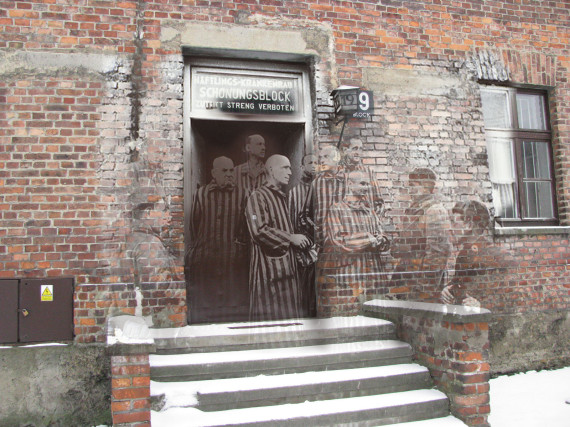 2. Looking Into The Past Today

These by photographer Jason E. Powell use a similar idea as the artist above, but use a different strategy and different subject matter.  Powell takes both ordinary and extraordinary moments in American history and literally holds them up to the present.  See more of his stuff here. 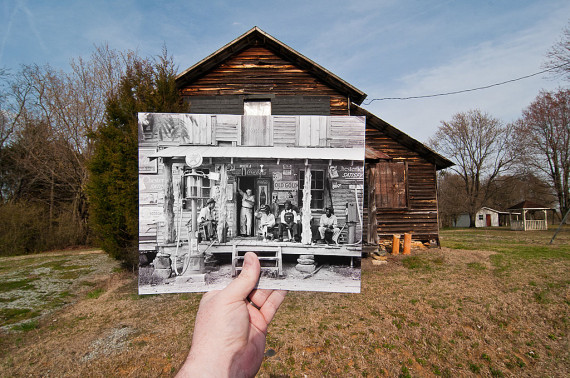 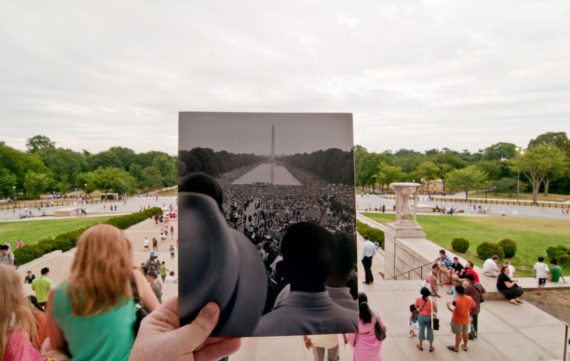 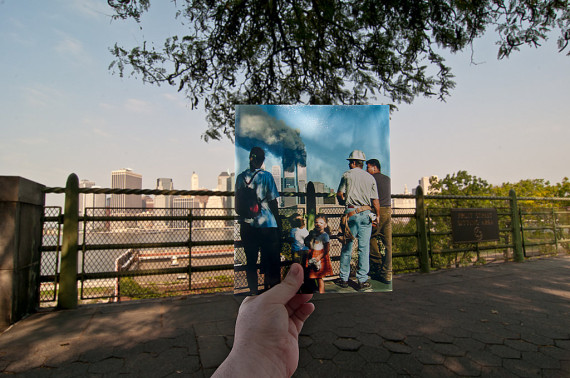 Stage 2: We Change Too

Ironically, it can be much easier to accept the huge sweeps of time than to focus the camera on ourselves.  To realize that not just does time work as a massive force that sweeps entire generations with it, but also slowly, moment by moment, changes our very souls.  Our identities.  Our bodies.  Everything about us.  Until we are almost completely different people.  It’s so hard to see, and that’s why sometimes, images like this can remind us.

We are used to family portraits, but it is rare that we really take the time to notice the profound and slight, yet increasingly dramatic, changes we all go through as we grow.  Artist Zed Nelson decided to change that by photographing his friends every year after their child was born in exactly the same style every year.  Here are a few.  See the entire collection here (Warning: first photo is NSFW). 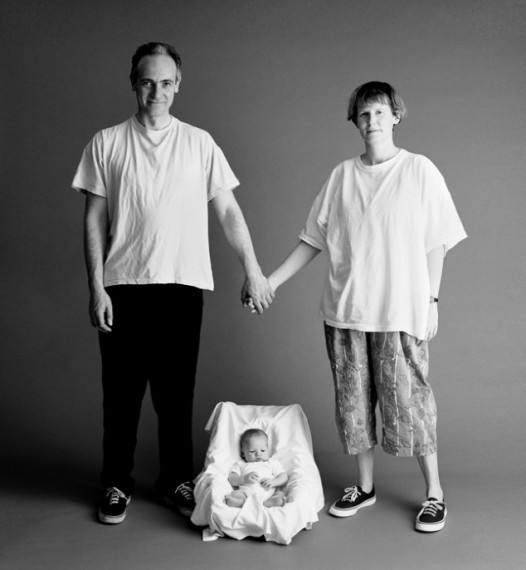 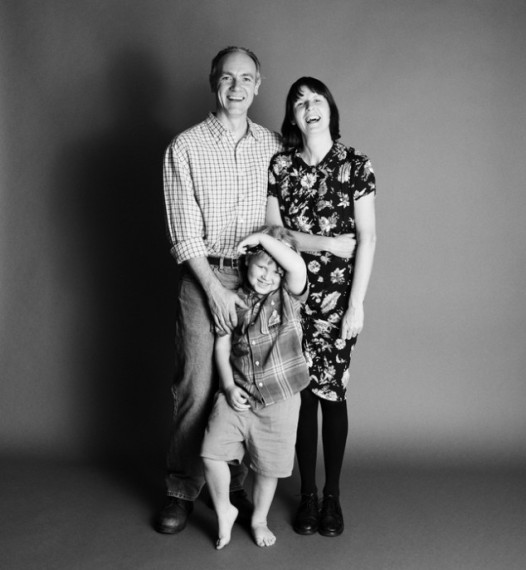 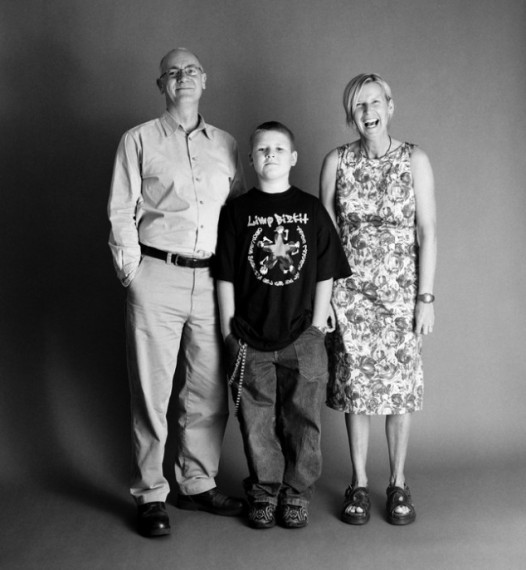 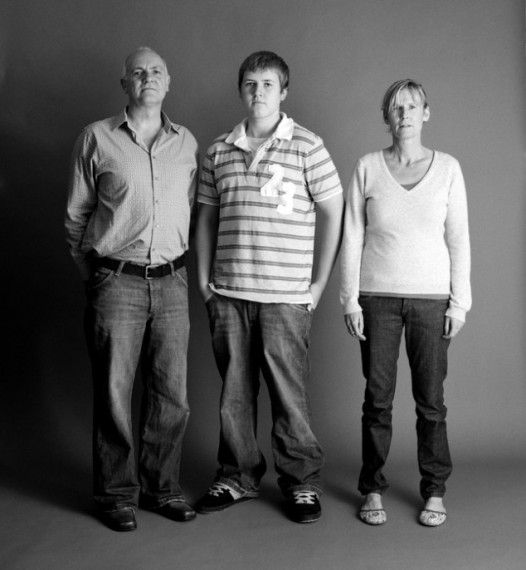 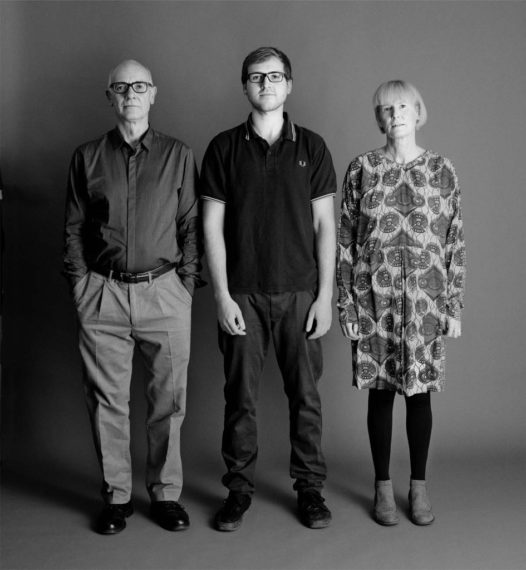 These women were originally photographed by the husband of one of them in 1975.  They were all so taken by the original that they decided to do one every year.  And so they did.  For 36 years.  Wow.  See the results below and the entire collection here. 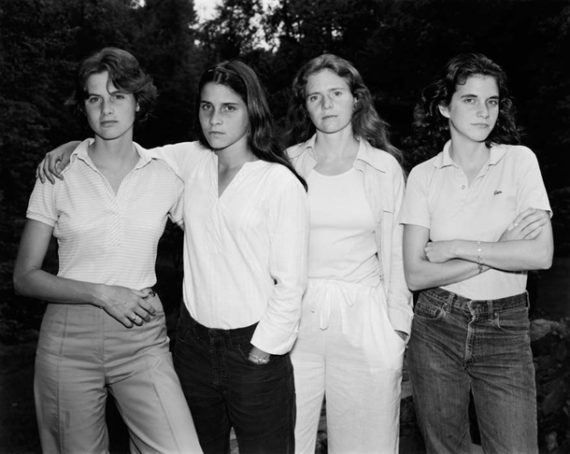 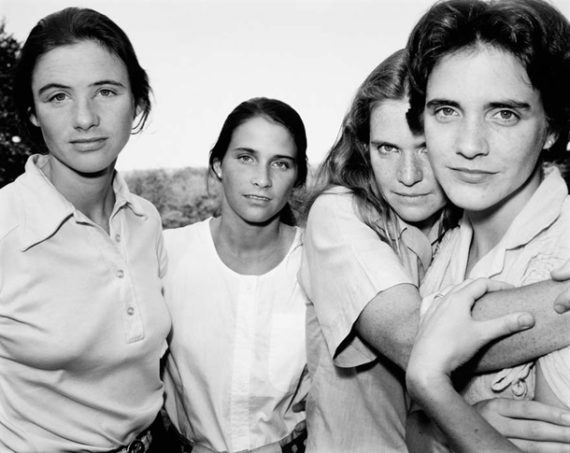 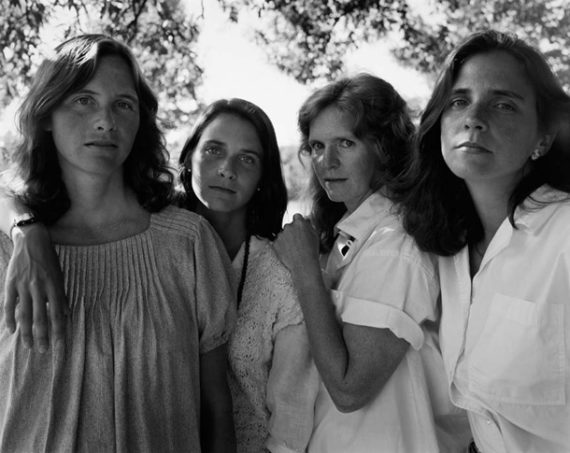 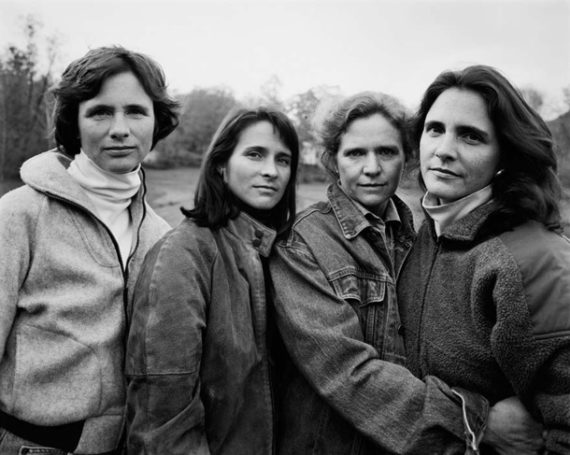 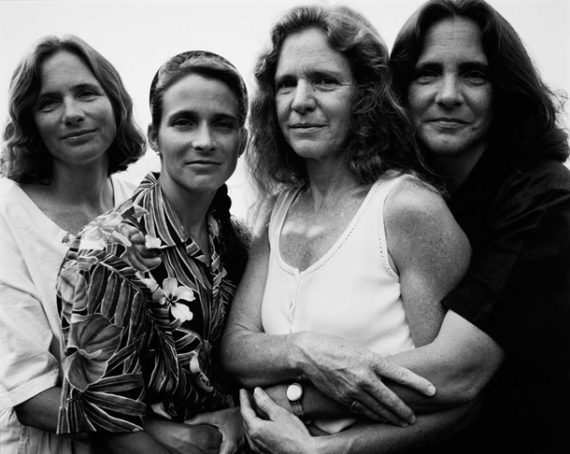 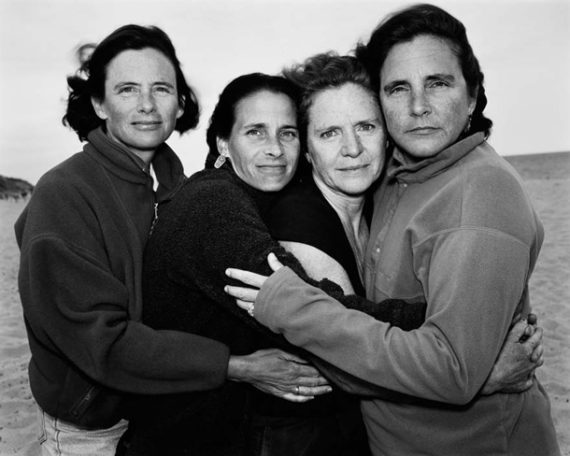 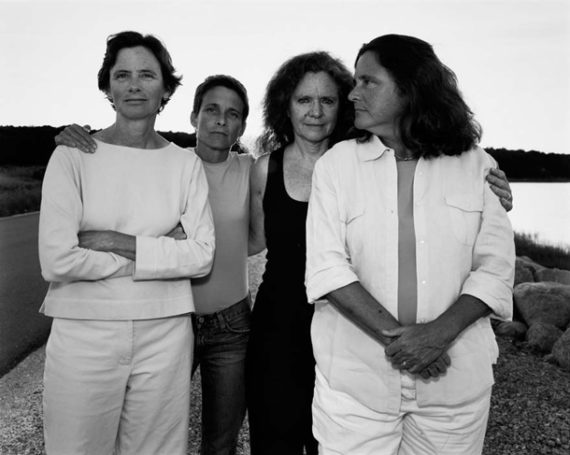 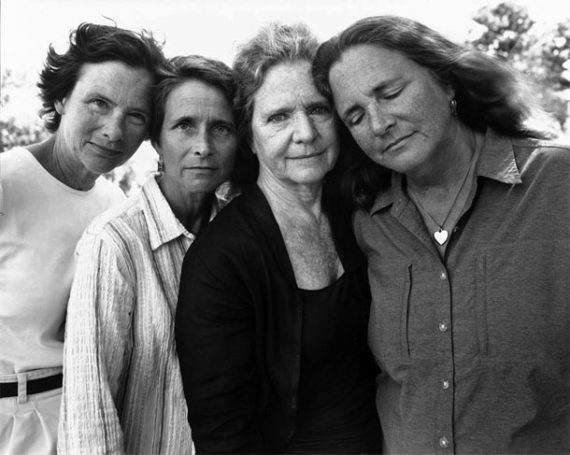 Stage 3: From Young To Old To Gone

So we’ve successfully traversed history and its dramatic changes.  We’ve reminded ourselves that everyone in our family, including ourselves, ages over time, and the changes can be dramatic.  Now it’s time to take it to final, inevitable stage.  Not just change, not just growing older.  But growing old.  Realizing that one day we will be the grandparents.  One day we will be the ones looking down at the younger generation.  And one day, we will be gone.

5. From Zero To Sixty… Portraits In Retrospect

Below are a collection of photographs taken by photographer Sander Koot.  He used his subjects’ old portraits of themselves to create almost identical images of their present-day selves.  Unlike the earlier collections, which displayed gradual change, these images are a stark reminder of the change we go through from young age to old. 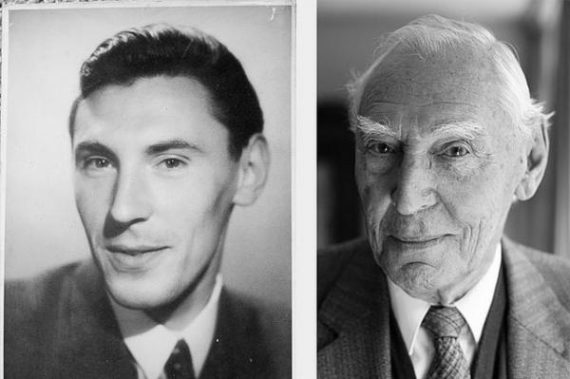 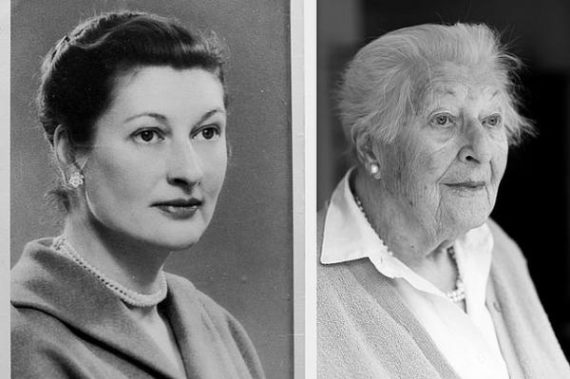 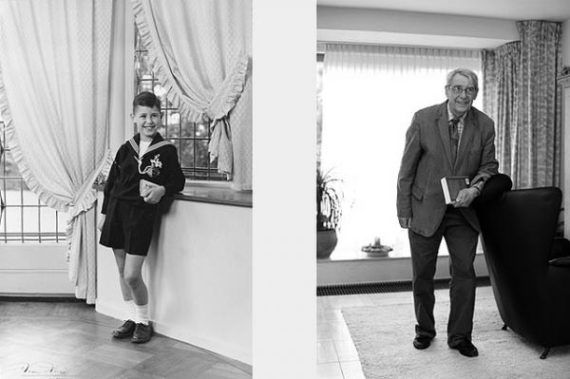 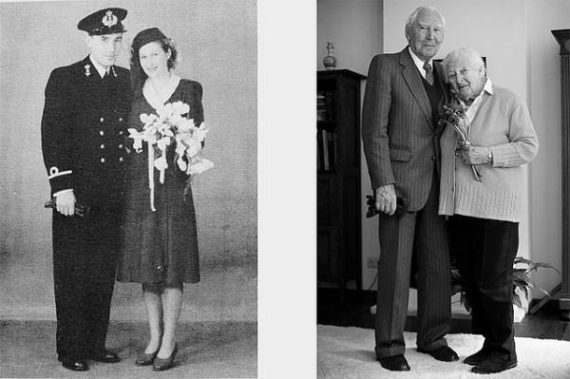 6. Mirror To A Younger Age

And now we come upon my favorite collection of them all.  Unlike the other images, this one is fictionalized, using models to show the younger version of older people.  However, the high quality in which it is done, and the contrast between the two images reminds us of something more real than we can ever imagine.  No matter where we are now, we will one day be looking through that mirror and being reminded of a younger time.  Perhaps today.  Will we be happy with what we see?  We still have the option to control that.  See more on the artist’s website. 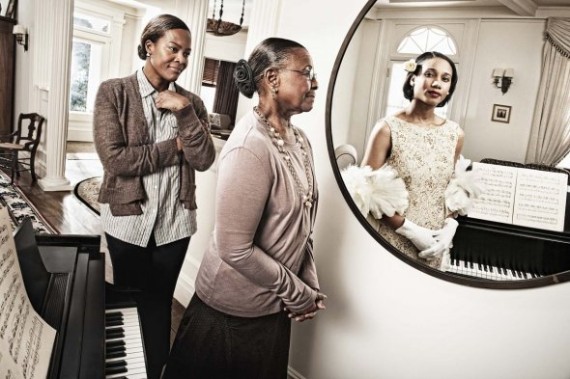 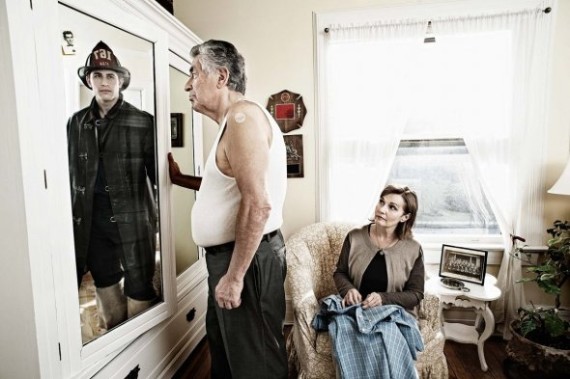 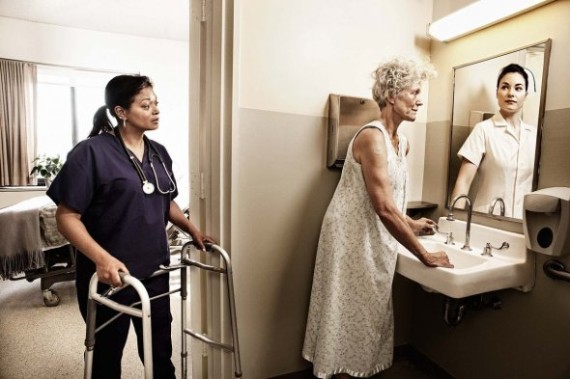 7. The Beginning… And The End

These three images, grabbed from a Russian site and made popular through Reddit, were taken in 1949, 2009, and 2011.  They depict a father and his son.  I’ll let the pictures themselves do the talking this time. 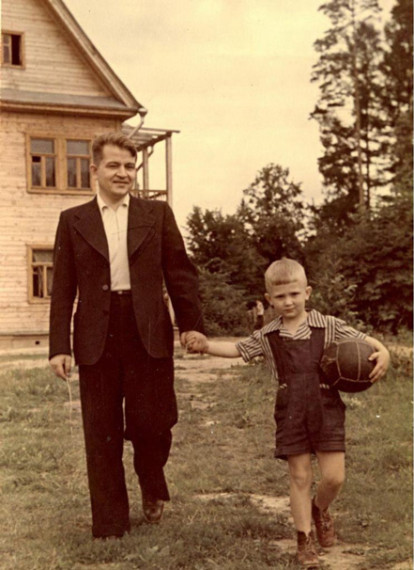 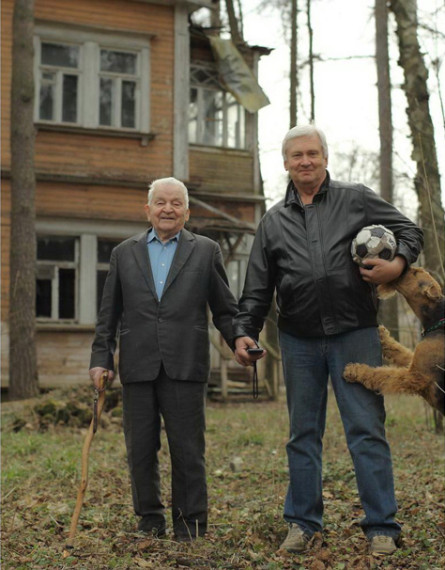 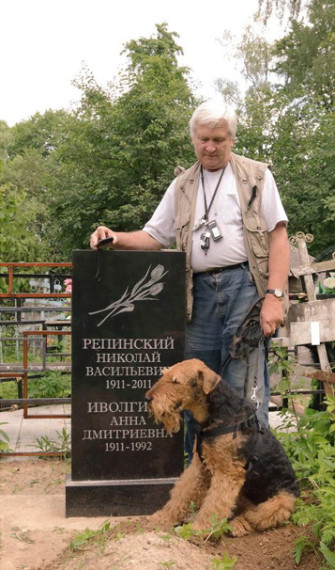 I hope these images moved you as much as they did me.  It’s just too easy to live every day like it’s insignificant.  So easy to let the time pass over us like waves in an ocean.  I hope that these images inspire you, if just for a moment, to remember that true movement happens when we don’t just float in the water of time, but use our bodies to direct ourselves to our destinations.

In the end, these images are reminders not just about the passing of time… but the preciousness of the present.  The fact that we are here means we have an opportunity.  An opportunity that the ones who have passed on would be beyond jealous to get back.  This moment counts.  This moment, that you are alive, healthy, able to function… it’s everything.  Let’s grasp it.