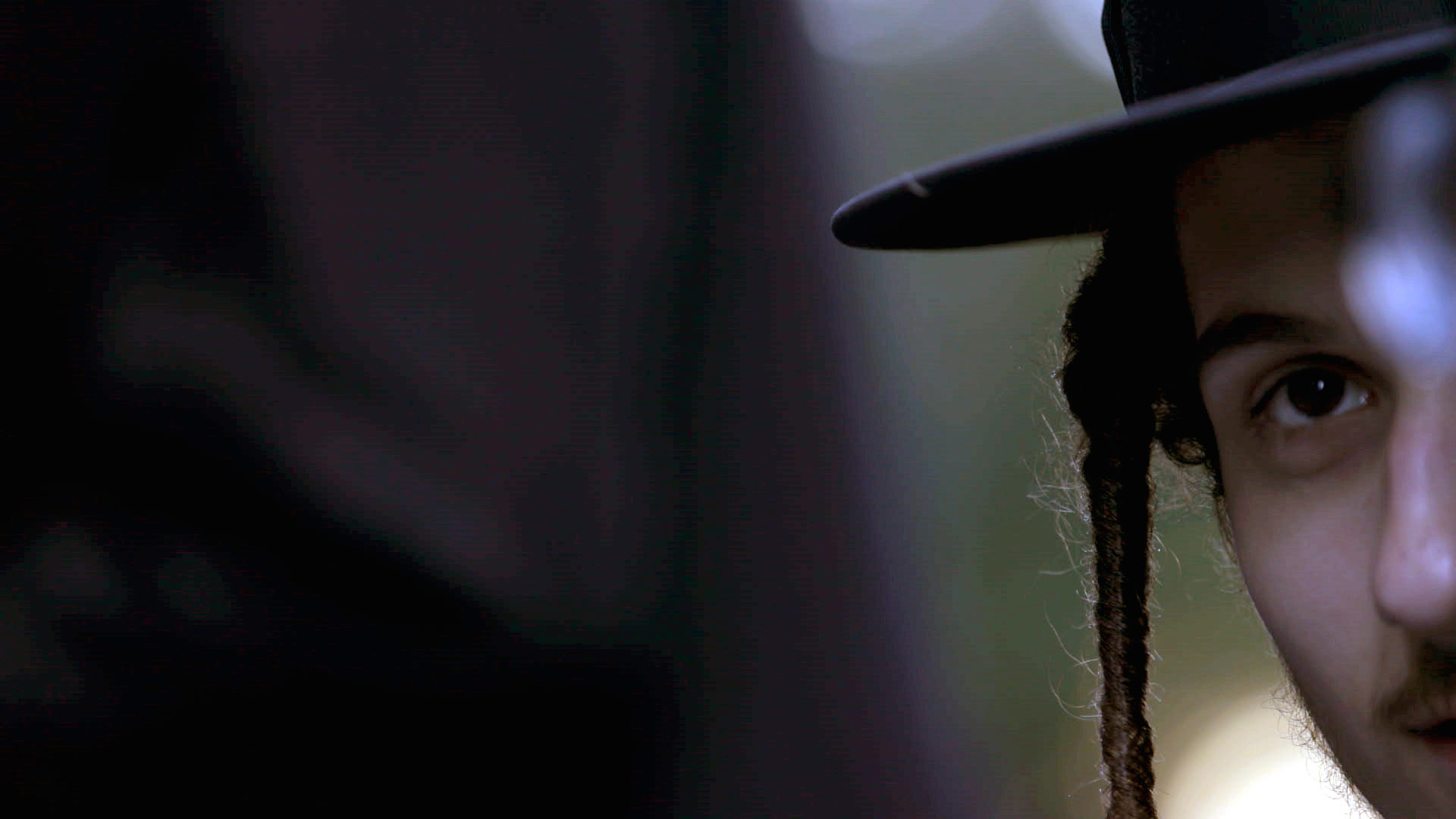 A few months ago, I screened “One of Us,” a movie about the painful experience many go through when trying to leave their Haredi communities.

The directors and producers were specifically reaching out to people to know what the reaction to the documentary would be in the orthodox community.   Would they be demonized, as others have been?  What critiques should they expect?

I watched the movie in awe.  It was, in my estimation, the best piece of art made on the subject of the “off the derech” movement.

For years, many of us who have seen the beauty and the power of the orthodox, and specifically the Hasidic worlds, have been frustrated with the tenor and style of the art around this subject.  From memoirs to investigative articles to documentaries, it seemed like the goal was always deeper than simply sharing the pain of those leaving, or the structural issues that cause their pain, but ventured into territory that turned the Hasidic world in general as an inhumane, perhaps evil, place.  Very often, a larger point was made: this is what it means to be religious.  To live in a religious community.  Superstition turns people into monsters.

For the first time since this genre had exploded, “One of Us” struck me as doing none of those things.

Instead, it stayed hyper-focused on the stories of its three subjects.  Its goal seemed to tell their experiences as truthfully as possible.  There were no comments about the superstitions of the Hasidim and their crazy beliefs that must cause these issues.  There was footage of a number of Hasidim who worked with all their hearts to help them.  Ultimately, though, the focus was on the stories.

And the stories… my God, the stories.  Shown with sensitivity and care, and with enough raw footage and evidence to show that the experiences of these people were as real as can be, the stories were simply unbelievably painful to watch.  A mother who wants to stay religious (or appear to be), but who must deal with her husband’s family going after her when she tries to divorce him because of his verbal and physical abuse.  In that story, we go from the beginning to the end of her story, experiencing it all with her.  From wearing a sheitel and asking to hide her face to… well, you must watch it.

The point is that this story in particular of the three, is one that is just undeniably raw and truthful.  As painful a story as I’ve ever seen. And clearly told with clarity, sensitive, and love.

And so, when I spoke with the director of the movie, I told her I was convinced that the reaction to this movie would be different.  Of course, there would be the usual reactions, I said.  That she was just out to destroy the community, that it was all a smear.

But those critiques would come from those who refused to watch the movie, I told her.  I was sure of this.  Because how could someone watch that movie and think anything else?  How could someone see the pain of those in it and not feel that pain themselves?  That’s how well done the movie was, I felt, and how great of a job it did on focusing on the people instead of the beliefs or even the community as a whole.

Prepare yourself for the usual, I told her, but what you’ve done is unprecedented. People like me have been waiting for a movie like this, that tells the story without the baggage of cynicism of outsiders looking in, for ages.  And for the rest, who actually watch the movie, you’ve told it so powerfully that I think the reaction will be different this time.

And then the movie came out last Friday.  And over the weekend and into this week, the reactions started rolling in.

And I realized I was wrong.  And I had done a disservice to the director in underestimating the reaction she would receive.

But instead, the reactions were the same as they always are.  That she was just trying to destroy the community.  That the movie was full of lies.  That the director “has an agenda.”

Others had a more “moderate” approach.  That the movie didn’t provide enough context, didn’t show the happy Hasidic people.  That they sympathized with the plight of those people, but it did not apply to their communities.  And the favorite of apologists, the line that’s true and yet cynically devoid of empowerment all at once: “It happens everywhere.”

All of this was exacerbated by a short clip from an interview with the director on Charlie Rose in which she claimed that Hasidim were more targeted during the Holocaust because they were more clearly identifiable as Jews due to their clothing.  Outrage flowed from many, many of the same people who had said the critiques above.  She was clearly blaming the Hasidic community for being devastated by the Holocaust.  Despite the fact that she didn’t actually blame anyone.  Despite the fact that there was no content or tone of malice in her words.

The clip is now shared with anyone who dares to speak positively about the movie.

Not to some, at least.

But this is an unacceptable reality.  Because lives are literally on the line.  There have been a number of horrific suicides in the OTD community over the years.  People gone too early.

We are losing people in the Jewish community.  And if we don’t lose them, they live lives full of scars, pain, and trauma.  A trauma that cannot be healed by living in isolation, or hiding their stories.

So, we have two realities living together at once.

We have the traumatic pain of our fellow Jews.  A pain that continues unabated.  A pain that is leading to loss of lives, but also to pained lives.  To loss of children.  To loss of family.  A loss of a life, whether physical or spiritual.

Then we have the Jewish community as a whole, busy defending itself.  Busy not listening.  Busy trying to find ways to say anything and everything about these movies, memoirs, voices, except for “This is horrific.  Tell me more.  Help me understand.  How can I help?”

That reality, that every Jew is family, is the reason I became orthodox.  It is why many others have as well.  It is why any “kiruv” movement ever actually succeeds: because they recognize that a Jew is a Jew is a Jew, and that we are all responsible for the wellbeing of the other.

The question then must be asked: why does it apply to kiruv, but not to those who leave?  Do we define wellbeing so simply, as whether they are “one of us?”  Is this what it means to be an orthodox Jew, and to care about our community?  To only care for those within, and to reject or ignore those who leave?

Because it is this attitude which the people in the movie, and the people who leave orthodox communities in general, grapple with from the moment they make the decision to leave.  A more extreme version, surely.  But what led Etty to lose so much?  What led Ari to feel so very alone?

Because they were treated as no longer Jewish, as no longer part of their family (literally and tribally), once they made the decision to move out.

And now, out in the world, their stories told to the supposedly more moderate group of orthodox Jews, they must hear the message again.  That people aren’t interested in their stories, that they are causing a smear against all of orthodoxy, that they are feeding antisemitism, that their experience isn’t typical, that… must I go on?

They aren’t “one of us” and so we do not take the time to care and understand them and empathize with them in the way we would a baal teshuva starting his studies.  We do not watch a movie about their lives and cry, if only because they are Jews, part of our family, and in a pain none of us can begin to understand?  We do not take action to make sure that we do everything we can to help others in the same situation.

All around the world, millions of dollars, tens of millions, are being spent to bring Jews back into the fold.  We want them to know they’re part of the family, one of us.  That they are loved, that they belong, that no matter their past or their present or their situation, they matter to us.

When it comes to our own family, our hearts have turned to stone.  Like Pharaoh, we watch as our nation is met with plague after plague because ultimately it’s just too hard to let go of the image that we really are actually doing things right, that nothing wrong is happening, that it isn’t our responsibility.

And that they aren’t one of us.