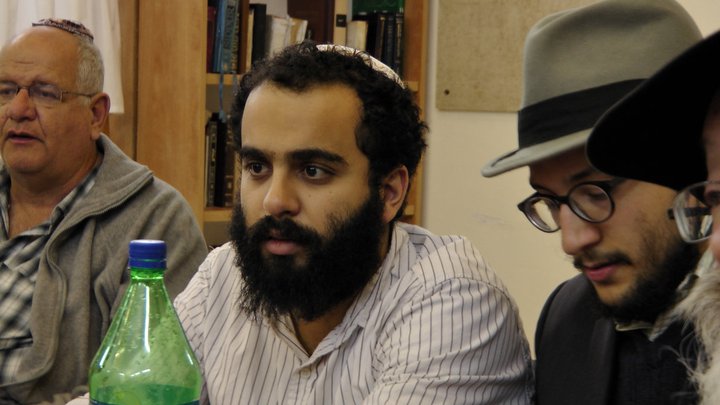 That was a word I heard a lot in high school.

I’m a sephardi Jew (three-quarters of me is, genetically speaking) and I was living in a very white (but Jewish) area near Chicago.

“Where were you last night, dude?  Blowing stuff up?”

You kind of learn to just accept these things in high school.  You learn that, “Hey, if I laugh along with them, or don’t get angry, I won’t ostracize myself.  I won’t turn it into something they know they can get into my head with.”

And so I laughed it off.

But the truth was that it bothered me.  But maybe not for the reason you’d expect.

It bothered me because I felt white.  Or, at least, I didn’t feel different than everyone else.

My whole life I had grown up in white areas.  My parents grew up in an Ashkenazi (primarily white) area of Israel.  Culturally, I think my parents and I didn’t feel so different from the people around us.

I remember my mother even explaining to me when I was young that I was white.  Because it’s kind of true.  There’s no option on the Census for “Middle-Eastern” in the race area.  No scholarships or affirmative action.  Racially, I am technically white; caucasian.

But kids, and people in general, don’t care about that.  They care about what they see.

I wasn’t hurt so much as confused.  My mother had said I was white.  I felt like everyone in my class.  I grew up surrounded by this culture.  Why was I different?  Why wasn’t I white?

That confusion was what fueled my frustration in high school at being called a terrorist.

The word implied that I was different, that I was somehow separated from everyone else because of the shade of my skin.  That I wasn’t even Jewish.  That because of how I looked, I was closer to being Muslim than the religion of the majority of the people around me.

And I knew they were “just joking”, that it was all “in good fun” (the way high schoolers and Americans in general justify teasing), but the implication of my being different always bothered me.

I still remember the last time I was called a terrorist.  It was that morning, before anyone knew how bad it really was, before people were watching the news.  They had just heard a plane or something had crashed into a building.

I was on my way to the class where I would watch the second plane hit the other tower, where I would watch people jumping from buildings because they preferred dying that way than being burned alive… where I would hear the news anchor say, “I’m sorry, I need to interrupt you, but…” and then they showed the first tower fall, and in front of my eyes I saw thousands of people die.  And then watch it happen all over again as the other collapsed.

But before all that happened, I needed to be called a terrorist one more time.

I was walking down the hallway, on the way to that class.

“Hey, Elad, were those your friends in the plane? Haha!”

I didn’t know what had happened, because I had been in gym class, but I figured there was a terror attack somewhere.

Haha. I smiled and kept walking. Whatever.

But that day, after we watched the towers fall, after our entire school watched thousands of people die in front of our eyes, after Bush got on TV and told us that we wanted those damned terrorists dead or alive, and the whole world was waking up to terrorism,  to a new war that would be fought for decades… that day was the last day I was ever called a terrorist.

The word was now a slur, not a joke.

But when it happened, the extreme pain of what I had witnessed and the amount of hatred I felt for terrorists, mixed with the constant reminder that people had joked about me being one of “them”, even if just by looks.  And it only further confused and pained me.

I guess what continued to cause this hidden inner confusion in my mind was that my parents, television, teachers, and the whole world, seemed to always be saying, “We’re living in a post-racial world!  America is this beautiful melting pot, and you can’t be defined by the way you look!”

And I believed them.  I wanted to so badly to believe them, not because I cared about the ideal, as much as I just wanted to belong.  I just wanted to be one of the crowd.  When I was younger, I wished my parents had named me “Mike” instead of “Elad”.  I refused to learn Hebrew because I didn’t want to be reminded that I was the son of immigrants.

But America never let me fit in.  Or so I felt.  No matter how much I tried to just be like everyone else, I became more and more like there was a sign above my head that said, “Different.”

Even after 9/11, and maybe even moreso, I felt the echoes of the jokes of high school, calling me “terrorist.”  I felt how it was a reminder that I would never be seen as just the same, as the mainstream.

It took me a long time to realize that being different was something beautiful, that it was to be embraced and loved, not pushed away.  That my roots were special.  That my name was beautiful.

But to a certain extent, I think the confusion will always be there.  Because I really did grow up in white and Ashkenazi areas of the world.  I’ll always feel like I am the same, even while being different.

It’s become something I’ve just learned to accept: that the world isn’t so interested in accepting us, in looking deeper into who we are to define us, but would rather put us into neat categories.  That whatever I feel in my heart won’t really matter to most people.  That America claims to be post-racial, but is more confused about identity and race than ever.

These are the realities of the present-day world, and there’s no way to wrap it up in a neat bow and have a perfectly happy, logical ending to a blog post that uplifts and changes everyone.

All I can do is tell you what it’s like.  And hopefully some people will listen.