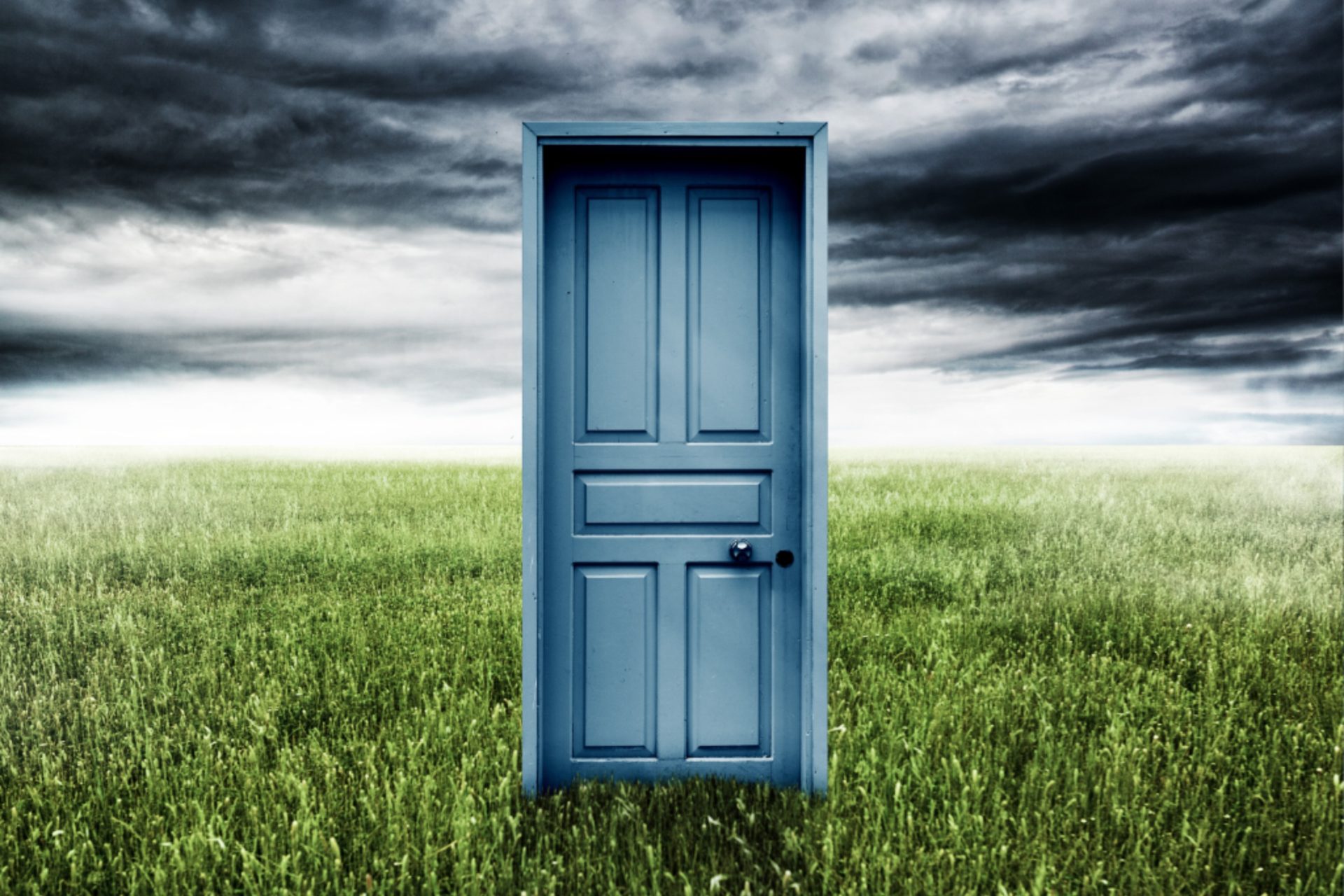 There always comes a time when you realize that all you want is to live in the normal times.

When I was a kid, filled full of the beauty of fantasy novels, where a few characters would go on epic quests to accomplish epic tasks that were almost always about saving the world, I wanted so badly to be part of them.  To matter the way those characters did.

I remember reading Redwall and wishing, praying really, to be able to enter the book, to join the mice and the badgers in their fights to save the abbey.

That feeling continued into high school, in my upper-middle-class town, wondering when I’d be able to live a life that mattered, that meant something.  Were grades really all that mattered?

All I wanted was a big life, a huge life.  To make a difference.  To save the world.

As I watched the bodies rain down, and then the buildings, I realized that I was suddenly living in a historic time.  Next year, I’d be in college.  I was about to be in college right when the world was changing, right when it was going to be transformed forever.

And I realized I wanted no part in it.  To have to fight for a country?  To have to risk something?  To see the human devastation that comes with all of it?

In the fantasy books, when people die, it’s not a big deal.  Or, if anything, it’s a moving event.  Makes you cry good tears.  But you still get to be part of the story.  There’s no risk you might die too.  And there are no real deaths, not like in life.  There are no people jumping out of windows because they’d rather fall to their deaths than get burned alive.

No, I wanted nothing to do with history.  History was ugly, I realized, and I had been lucky to grow up in a time where I didn’t have to worry about fighting epic battles.

Ultimately, as time passed, it became clearer to me that this is how the rest of America works too.  The world.  We just want to live normal lives.  To embrace the calm.  To imagine the epic, to live it in a peaceful way, but not to face its consequences.

Our country went to war, but we went back to our lives.  We went back to imagining it was all just like the 90s but with a bit of a cleanup job added on.  No, it couldn’t be that this had ushered in an era of extremism that would only get worse, only ripple further.  Back to life we went, hoping for the best.

And then 2016 hit, and, once again, we hit a moment in history where everything changed.  And again, no one wants to face it.

A few days ago, a group of men carrying Nazi flags walked around openly, brazenly.  They called for killing Jews.  They beat a black man.  One of them committed a terrorist act, ramming a car into a group of people (a common attack in places like Israel), killing a young woman and injuring 19 more.

A day later, our president refused to take sides.

A day after that the black CEO of Merck left Trump’s business council because of Trump’s tempered comments.

Still not having explicitly condemned the Nazis who committed terror on American soil, Trump took to Twitter to condemn the CEO.

Then a day after that, after enormous pressure, he finally condemned Nazis and white supremacists by name, looking stiff, formal, uncomfortable.

The day after that, Trump stood up in front of the world and suddenly seeming more comfortable than ever, raged about “both sides” of a conflict where only one side saw casualties and where, again, Nazis brazenly showed their faces to the world while calling for death and actually killing.

Of course, this is just one moment of madness in a year that seems filled with it.  Every day, it seems our president has found a way to scare us all or attack innocent people rather than speak up against actual terrorists and killers.  Some days, he increases the prospects of nuclear war.  Others, he fires people like FBI directors for daring simply investigate a foreign attempt to subvert our democracy.

The images of Charlottesville, for those of us still not so engulfed in tribalism, were a shocking reminder of just how far things have gotten, and how much worse they could get.

Through my writing, I have come to know many people who are anti-Trump. Many people who are repulsed by his acts.  Who wish he would just go away, who were disgusted both by Charlottesville and the president’s deplorable response to them.

Sadly, most of those people, especially since I happen to inhabit a world that is something of a combination of liberal and conservative (the Jewish community of Brooklyn), are afraid to speak.  Truly speak.  Speak in a way that could put them in danger, either in terms of losing friends or simply getting angry responses, or the kind of danger that would be involved in going to a rally where there is no 100% guarantee of safety.

For example, as an orthodox Jew, I know many other orthodox Jews who are painfully scared of the state of the world.  But when I went to the anti-Trump rally at Trump Tower, despite the huge amount of people there, orthodox Jews were mainly represented by two men at the counter-protest holding signs that said, “Google Orthodox Jews Voted For Trump / We Will Again In 2020.”

This is, in essence, because of the fear of the other orthodox Jews to speak out, to be as brazen, as strong, as powerful.

Because good people, most good people, their natural instinct is to want to live a good life.  One that is without drama, and hate, and anger.  One where they can raise their kids, give them kisses on the head as they go off to school, and go about their lives loving those near them.

In normal times, in the non-crisis times, these people are admirable, wonderful, perfect, important.

That’s why we all wanted to move on after 9/11.  It’s why we let leaders convince us all we needed was two short wars to oust the hate centers that had caused this, as if we were just doing some spring cleaning.

It’s a decade later and a half later, and the Middle East is more chaotic than ever, we’re still stuck in the countries we invaded, and we are beginning to realize that a moral crisis does not disappear overnight.

Now, the crisis is closer.  It’s at home.  Our home.  A place where we have more control over than the Middle East.  And we have a choice.

We can half-heartedly fight it.  Or just try and act as if things haven’t changed, that we aren’t needed, aren’t part of it.  That it’s better to work to bring together than to fight.  That life is about patting our kids on the head and moving on.

Or we can realize that patting our kids on the heads is not enough when inaction means that their future is in peril.  Will they think us in the future if the world is in chaos, hate sown, Nazis empowered, war escalated, authoritarianism grown just because we gave them a safe home beforehand?

Or will they look at us and wonder why we didn’t do more?  Why we didn’t stand up?  Why we were so focused on them and not enough on the world we were giving over to them?

75 years ago, a group of men and women the world over sacrificed themselves to make sure their children would never again have to face the pain of Nazi flags waving through the air, of a philosophy of white dominance infecting minds, of violent madness instigated by the worst of mankind.

Instead of patting their children on the head and heading off to work, they pat their children on the head and went off to war.  Many of them went off never to return.  Almost all had to kill, had to see things they never should have had to witness.  They had to witness the worst of mankind, and in many ways be the worst of mankind, in order to fight off an evil darkness that threatened to overtake the world.

We are blessed today because of those people.  Those people who left children behind to protect their children.  Who realized there are times that are not normal, that must be faced with a brashness almost beyond imagination.

It is why we have not had to face the Nazi scourge in so long, why a specific philosophy of hate was finally mutilated to the point of almost-disappearance.

Thank God, we are in a time in history where to be a Nazi is still to be an outcast.  But all of us, all of us, can feel the ground shifting.  When a president sees them as on equal footing with left-wing extremists, when he blames a terrorist attack on “both sides”, when he is more willing to speak out against the black CEO who criticizes him than the Nazis who march in our streets, the Nazis hear.  They pay attention.  They internalize.

As do those sympathetic.  The ones not quite brave enough yet to march into the streets.  Or to beat black men.  Or to ram cars.

And their movement grows.  Their strength increases.

This is how hate grows.  How it comes to life like a plant, with the water of fear and the sun of acceptance of the powerful.

(Whether Trump himself is a white supremacist is beyond the point.  We must be willing to see how his words and actions have led us here, and how they will continue to empower the most hateful elements of our society).

And specifically: the ones who do not want to act.

Because they are the good ones.  The ones who just want a normal life.  Just want a good life.
We have an opportunity.  An opportunity to stop this all from descending even further than it could.

But it can only happen with a loud, strong, and consistent voice against the madness engulfing us.

It can only happen if we are willing to not just pat our kids on the head and walk off to work, but to also then walk off to places that foment change.  Places like political groups uniting to make a difference in the next election.  Places like protests.  Any place that can use our personal strengths to help fight this battle.

And it is in this way that our lives really do mirror those of the epic fantasy novels and movies we’ve read.  It’s always the ones who don’t want to go on the epic quest, like the hobbits, that are most essential to saving the world.

Again, we are blessed by past generations.  They have brought us into a world where this need not be a violent fight.  Where the freedom we have today to choose not to participate is because they died and killed for us.

Our sacrifice, if we look at the big scheme of things, is not much.  It is not war or even violence, quite the opposite.

It is simply breaking outside of our comfortable lives.  It is breaking out of routine.  It is upsetting those close to us who don’t see what we see.  It is putting ourselves in either emotional or physical danger to protect those who are in even deeper danger.

No, it is not much.  But for many, it is hard. And to be honest, it is not fair.  Not fair that the good people must do this when they are not the cause of the madness.

But sadly, if they continue to be silent, they will be.