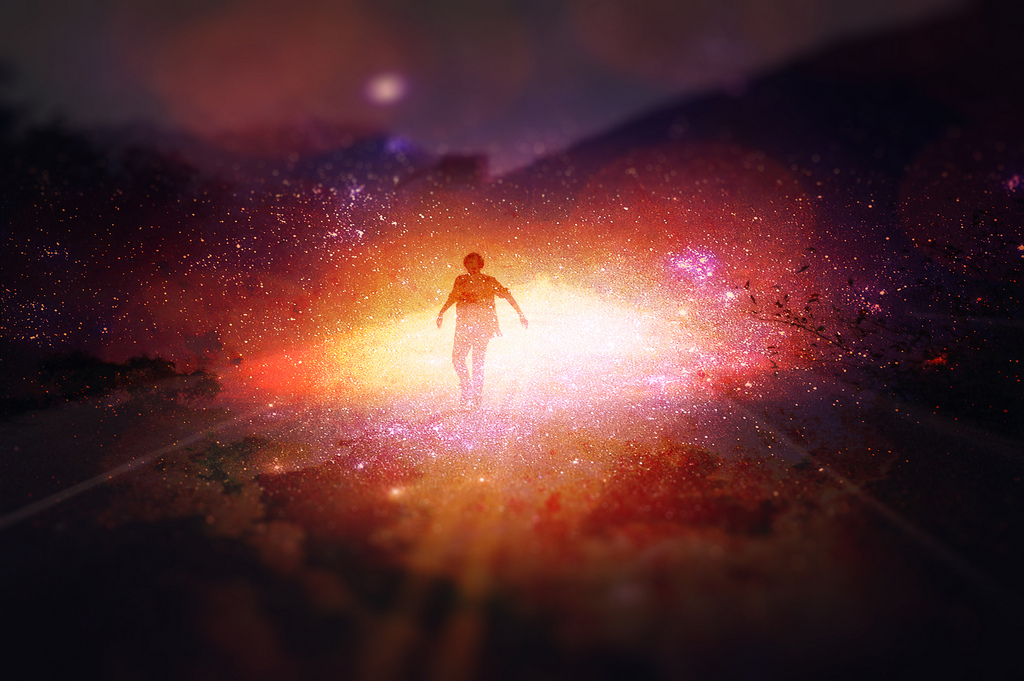 Imagine if I told you, “Logic isn’t necessary to life.  When you have extra time, you can be logical.  But make sure, even then, to be careful with it, as logic has led to some horrible decisions.”

That kind of sounds like one big non-sequitur.  And I don’t think anyone except a guru living on a hilltop would advocate anything resembling it.

Maybe logic isn’t the essence of life, but it’s important for even the most basic tasks.  It is so woven into our daily life that saying it “isn’t necessary” is almost like saying half of our brain isn’t necessary.  Yes, we can live with half a brain, but a full brain would be nice, wouldn’t it?

And since it’s so part of our life, compartmentalizing it into “part of our life” also makes no sense.  What, should the person just do math on the side so they can satisfy their need for logic?  Logic is a part of our operating system, not a piece of software.  To limit it would be to fundamentally misunderstand its place in our life.

And careful with logic?  Yes, of course.  People thinking they are acting logically has led to things like the Holocaust, Communism (please don’t hate me, Communists), and… I guess most everything bad.  But really, the reason these things were dangerous was because they were fundamentally illogical.  They missed some reality of life, or ignored some fundamental truth.  Or they were emotion clouded in the words of logic.  Or they were logic twisted to cynically advance a hidden agenda.

So it would be… illogical… to blame logic for bad things in the world.  What these moments in history have taught us is the importance of logic, not the opposite.

And so underusing it would be the exact opposite way to get to truth, to build a civilization, to grow internally.  It would be like outlawing the wheel because of automobile deaths.

But of course… all this is obvious, right?  You know this.  I know this.  The world knows this, and that’s why we put such a premium on logic.  In schooling, in how we live our lives, in the most important discussions that happen in the world.

So, if it’s so obvious with logic, why isn’t it with creativity?

Creativity is the other half of the brain that logic isn’t.

While logic allows us to follow a linear process of thought to an informed conclusion, creativity is what allows us to make the mental jumps between multiple thoughts in order to arrive at a conclusion that would be almost impossible to reach with logic.

Creativity is the bridge from our brain to our emotions: the filter by which we can heal our broken hearts, become more self-aware, and know when our logic is being twisted for the wrong ends.

Creativity is the genius working behind the scenes, working subconsciously to make connections and come to revelations we never would have achieved through conscious thought.

Creativity, in essence, is what distinguishes us from robots.  (And by the way, that fact is going to become increasing important as robots and AI take more and more of our jobs over time).

And yet.  If we took our above sentence about logic and applied to it to creativity, very few people, even creatives, would blink an eye:

“Creativity isn’t necessary to life.  When you have extra time, you can be creative.  But make sure, even then, to be careful with it, as creativity has led to some horrible decisions.”

How many schools have cut arts funding for this very reason?

How many people’s talents have been criminally underused because they do not even know they have half of their brain unused?

And, most importantly, how many lives have been shattered because they have not allowed an essential aspect of their humanity to be tapped? (I have little doubt that this is the source of many mental illnesses).

One of the biggest crimes of our culture is that we have put creativity into the box of art.  Ironically, this undermines both art and creativity.

Art is creativity distilled, much in the same way math is logic distilled.

Mathematics, for all its power, could easily be seen as having no practical effect on everyday life.  Schoolchildren all over the world think as much, if you need any proof.  And yet, as we’ve aged and learned more (both as individuals and as a civilization), we’ve discovered that math is woven into almost every great scientific achievement, every technological advance, every great breakthrough that has moved us forward as a people in modern history.

Imagine if we tried to put math in a box and hide it away from the rest of humanity, just using it for our own selfish need to be logical every now and then?

That’s what art has, in many ways, become.  To many people, at least.  To our larger culture for sure.

And yet, try as we might, we cannot help but allow art to affect every aspect of life.  It affects politics (there’s no better example than the 60s), it transforms our self-identity as much as it expresses it, and it fundamentally shapes the society we live in.

Saying creativity only applies to art, and thus art is a side activity, hampers us just as much as doing the same to math would do.

It has been proven repeatedly that creating and consuming art makes us healthier, happier, and more empathetic.  That’s not because it has a magic power.  It’s not because it’s a luxury.  It’s because when we don’t engage our creativity, we are not using half of our mental faculties, and are thus made unhealthy, unhappy, and less empathetic.  Just as it is the lack of exercise that makes us unhealthy.  It’s not normal to not use our creativity, and our bodies repeatedly try to tell us this.  We’re just not listening.

It’s time we finally shift the paradigm to fit reality: creativity is not a piece of our software, it is an essential part of our operating system.  It is not something we can open and use when we feel like it, it is something we use whether we like it or not.

When we ignore it, pretend it’s only for “some people,” or fear it, it’s not that we actually stop using it.  It runs as part of our system.  But we are untrained in its use.  We aren’t aware of its workings, or that even is working.  We are like people with a first grade education, unable to use all that is available to our incredible minds.

When we understand this, we realize that not being an artist doesn’t make us “uncreative” any more than someone who isn’t a mathematician isn’t illogical.  It’s something we all need training in, and it’s why art needs to be taught to all, just as math is.  Not to make us all artists, but to make us all human.