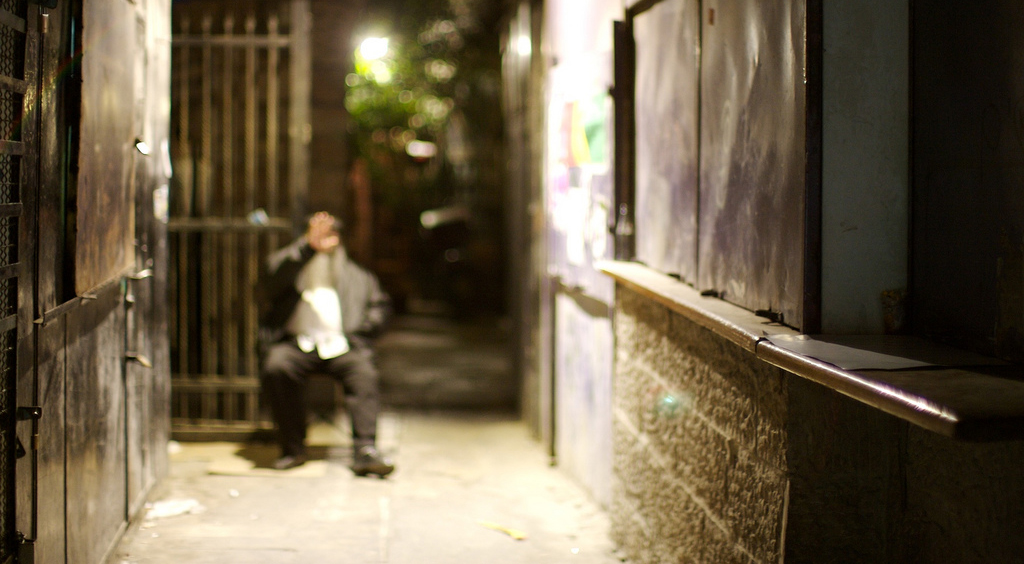 I wasn’t having any of it.  So what?  Of course there are people who do bad things in the orthodox community.  They’re human.  We’re all human.  What do you expect?

“Just wait,” they said again, with their knowing looks.

These were the bitter ones, the ones who had left, or the ones who had at least joined some sort of fringe movement.  They were sick of it, sick of what they had experienced.  I didn’t understand them.  How could you make such big decisions with your life based on people?  We’re talking about G-d here, and he’s bigger than any person, than any screwup.

There must be something else going on, I thought.  It just made no sense.

I would tell them all this.  And their response was always the same: “Just wait.”

And wait I did.  I got married.  We moved to Israel.  We had children.  We did what we were supposed to, and hard as it was, we were proud of our choices.  We made choices we believed in.  We were happy.

And then we moved back to America.  To New York.  The origin of so many of those disaffected, angry, former Orthodox Jews.

It started innocently enough.  The mover who demanded I pay him more than we agreed on.  The rude people in the street, in the stores.  Snobbishness.

“It’s just New York, really,” I told myself.  And it was true, so many of these things really were things I had always associated with New York.  Part of a world I was never really interested in joining, but one that fate (read: G-d) had directed me to.

But there was a part of me that was already feeling something else.  This quiet sort of shock.

The intellectual part of myself agreed.  It nodded and smiled and said, “Yes, yes, of course.  Just like you said before.”

But the emotional part of myself had a harder time.  He was hurt.  Surprised.  But after a little needling, he was soon back on board.

But then it happened again.  It got worse.  Betrayals.  Lies.  Landlords who took advantage of our not being rich.  Late pay.  People who just didn’t take pride in their jobs.

But the more that voice spoke, the more desperate it sounded.  “Remember?” it cried out.

And I tried so hard to go along with it.  I tried so hard.  I wanted to so badly.  But that emotional part of myself wasn’t able to hold on the way the rest of me could.  And soon it wanted to cry every time this happened.  It wanted to rend itself from the world it had gone into.  It wanted to scream out, to write an angry blog post or scream in the streets, or at the very least take off its kipah and tzitzis and go back home, back to a world whose problems it at least understood.

So for a while, I tried to ignore it.  Stopped speaking to myself at all.  Just accepted it and moved on.  Numb.  Pretending nothing was happening.

I wonder if this is perhaps why so many orthodox folks have trouble criticizing their communities.  Perhaps it’s too painful to see problems.  Perhaps it’s better to numb yourself.

The thing I would keep coming back to in this process was the same exact answer I gave to the people who told me to wait.

That there are good people.  And there are people who do bad things.  And they exist everywhere.  Even in the most religious places.

It was just that now, it was different.  Now I realized it wasn’t just random bad people.  There were real things wrong with this society.  Things unique specifically to it.  Things I would have to accept.  And try to understand.

I realized, also, that it is much easier to say these things than to live them.  I gained a newfound empathy for those I simply could not understand at the beginning of the process.  The people who told me, “Just wait.”

It takes fortitude, the ability to separate oneself, support from family and friends, a commitment to study and cleave to G-d more, to be able to see the bad things in a society you have given up your life to join and still love it with all your heart.

And as much as we try to pretend that those people are separate from our vision of G-d, at the end of the day, much of our understanding of G-d comes from those around us.  And when we feel the betrayed by people of G-d, we can’t help feeling betrayed by G-d himself.

So the words stayed the same: “There are people who do bad everywhere.”  But they had taken on a different life.  A deeper life.  One that wasn’t about judging the people who had left in frustration and anger, but was about helping me to understand and deal with a world that can sometimes be so backwards and difficult.