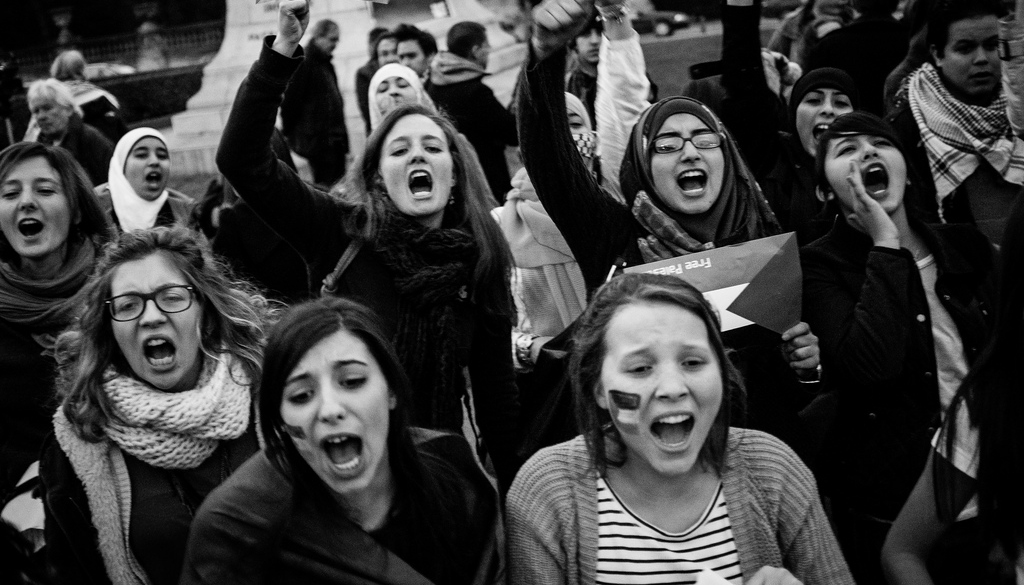 For years, pro-Israel folks have maintained that much of the anti-Israel sentiment in the world stems from anti-semitism.  And for years, most of the world scoffed, including the vast majority of Jews.

This is maybe the first year where people are starting to see evidence that they have been correct all along.

Newsweek’s front page story this month was about a new exodus of Jews leaving Europe due to antisemitism.

Antisemitic vandalism and attacks have happened all over the world, from Miami to New York to Paris.

And so, it’s understandable, then, that so many people are starting to become more brazen in accusing anti-Israel advocates of being anti-semitic.

And, of course, the anti-Israel crowd immediately rolls their eyes and says, “Again?”

I think there are two main reasons that anti-Israel people tend to accuse others of antisemitism:

1. They believe that many anti-Israel people secretly harbor feelings of antisemitism

2. They think that anti-Israel positions, and especially the anti-Zionist perspective, are objectively antisemitic.  In other words, just because a person may not actually feel hatred toward Jews, holding an anti-Zionist point of view essentially makes them into antisemites.  To believe in the dissolution of the entire state of Jews is to argue, essentially, for ethnic cleansing, and so it makes no difference if someone hates Jews: their position makes them antisemitic.

I think point #2 is the far more prevalent argument among the pro-Israel community.  They feel a need to point out that anti-Zionist positions, especially actions like boycotting Israel, are acts of antisemitism.  They hurt innocent Jews.  They unfairly focus the ire of the world on only the Jewish people, as Syria, etc, slaughter hundreds of thousands of Muslims a year.

But this position, in my opinion, is a mistake.  It’s even worse to call such people antisemites to their faces, but I think it’s almost as bad to harbor the feelings within ourselves.

George Orwell is famous for saying the words that, “Pacifism is objectively pro-Fascist” during World War II.  His point was that by opposing the war, pacifists were objectively enabling fascism to spread, since the only way to combat fascism was with war.

What he is less famous for, however, is regretting these words.  Here’s what he had to say about the famous line:

We are told that it is only people’s objective actions that matter, and their subjective feelings are of no importance. Thus pacifists, by obstructing the war effort, are “objectively” aiding the Nazis; and therefore the fact that they may be personally hostile to Fascism is irrelevant.

In my opinion a few pacifists are inwardly pro-Nazi, and extremist left-wing parties will inevitably contain Fascist spies. The important thing is to discover which individuals are honest and which are not, and the usual blanket accusation merely makes this more difficult. The atmosphere of hatred in which controversy is conducted blinds people to considerations of this kind. To admit that an opponent might be both honest and intelligent is felt to be intolerable. It is more immediately satisfying to shout that he is a fool or a scoundrel, or both, than to find out what he is really like.

I think Orwell’s words get right to the heart of why pro-Israel folks need to stop throwing around the word antisemitic.  The word “antisemitic” is not about an objective position, but about the subjective intention of the person.  Thus, when we call a person antisemitic for protesting Israel, even for protesting Israel’s existence, we are accusing them of something very serious: an irrational, deep-seated, hatred of Jews.  This is not right, it’s not fair, and it’s self-defeating.

And our attempt to turn it into some objective reality, something we can throw at people simply because of the positions they hold, confuses us, and hurts any communication we may have with these folks.

In other words, intention does matter.

The vast majority of people in the world are good, honest, true people.  Many of the people protesting Israel are reacting reflexively to the images of the corpses of dead children being splayed across the screen like some sort of sick Hamas pornography machine.  Many others are well-informed and have simply chosen that Israel’s choices were wrong.

Among them, it is true, there are true antisemites, haters of Jews, the ones who stir the pot and manipulate and lie to push an agenda that inherently hurts Jews.

Our job should be, as Orwell stated, to find the honest ones.  To differentiate between the hopeless haters and the potential friends.  To connect with them.  To communicate.

The moment we accuse someone of antisemitism (even within our own minds, but especially outwardly) we have ended the conversation before it has started.  We have demonized them, we have assumed their intentions are not good and they do not deserve our attention.  They, in turn, have decided that we are not worth talking to as well.  They see that we hate them, that we dismiss them, that we don’t respect them.

What a horrible mistake.  What a sad occurrence.  Thousands, millions, of good people in the world being dismissed off-hand, when they could be reached on a human level, on a soul level.

Yes, perhaps their positions hurt Jews.  Innocent Jews.  That does not make their intentions evil.  Especially in a world where the good and the bad are so mixed up, where truth is so hidden among falseness, it is wrong to accuse others of having evil intentions.

When we stop the accusations, when we get past the anger that we feel, and the unjustness of it all that we are so aware of, then we can get deeper with these people.  We can talk openly and honestly.  We can be calm.

Until we let go of that internal and external road block, there will be nothing to discuss, and we will continue to only talk to ourselves.