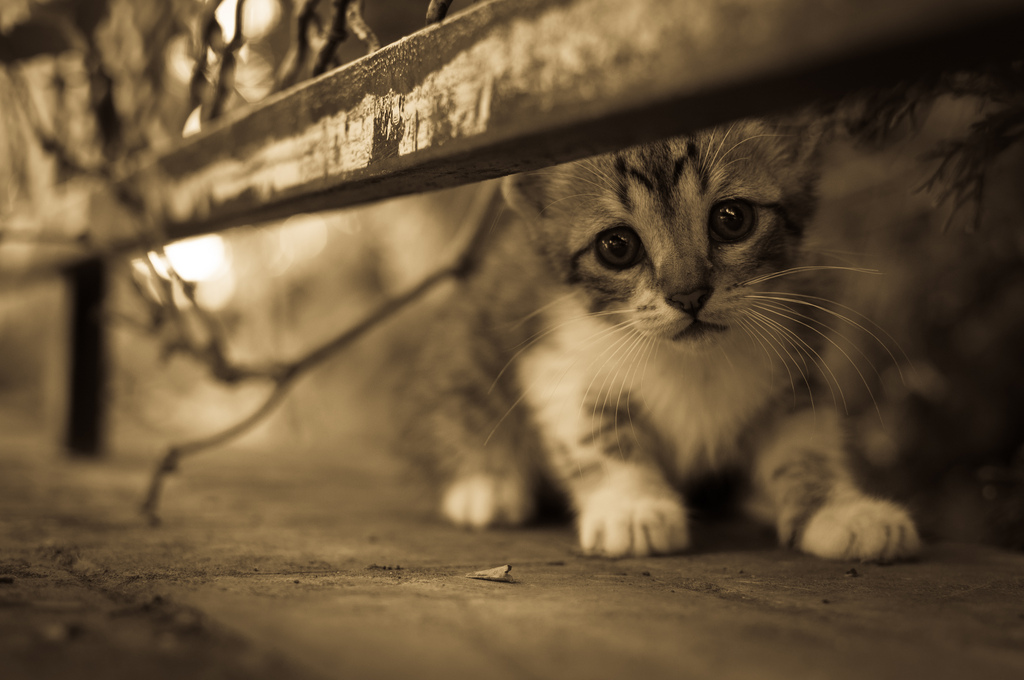 I remember being in the car with my mom.  I was upset about something, something that happened between us.  I remember it was an argument about one of my teachers, how angry they got me.  I don’t remember much else, but I remember that feeling of upset-ness.  Anger, shielding me from whatever pain was going on inside.

I was ranting and raving and all that, and I think she was trying to stay calm.

I remember feeling this screeching inside of me, like someone had taken my internal chalkboard and run their nails over it.

“I’m not sensitive!” I yelled at her.

I’m not sure why it’s taken me 20 years to realize the irony, but here we are.

Yes, I’m a sensitive person, I’ve come to realize.  I think being diagnosed with bipolar made that easier to accept.

Over time, I’ve found a beauty to this sensitivity.  I’ve realized that it allows me to see and feel the world in a way that others may not be able to.  It leads me to explore the world, like a dog smelling something for the first time, I have to follow my senses wherever they take me.

But it’s taken a long time to find that beauty, to see it within myself and to realize that there are others like me as well.

“The Sensitive People,” I guess they’d be called.  The people like me who when the world pricks them with a needle, they bleed like an artery popped.  But that blood runs quick because every emotion is heightened, and so we have our own strengths, our own beautiful lives to experience.

So why did it take me so long to realize this, I wonder?  Why did it grate me so intensely when my mother told me something purely innocent and true?  Why did I see being sensitive as so horrible?

I’ve realized something over this time in my life, the part where I’ve learned to accept my own sensitivity: we live in a world (the Western one, you see, not the whole world) that does not value sensitivity.

Sure, we love it when our celebrities, probably sensitive people themselves, fall apart because of the stress of living in the lime light.  Sure, we love the art or whatever else can result from someone who has harnessed their inner sensitivity.  But sensitivity in the people around us, actually dealing with and seeing sensitivity in front of our eyes is at best uncomfortable, and at worst a reason for derision.

Now, I don’t blame the Normal People for misunderstanding what it means to live perpetually with a thin skin, or no skin at all.

I think we have this culture that has grown from toughness.  The world used to be much tougher than it is now, and it was probably necessary for folks like us to shut our pie holes, get with the program, and ignore that inner sensitivity.

And so let me offer an olive branch to my thick-skinned Normal brothers and sisters: I’d like to help you understand a bit about how we sensitive folks operate, and why you might be confused when we react a certain way to your actions.

1. We hate being teased

This one’s an interesting one, because teasing is, in many ways, woven into our culture without us even realizing it.  Jerry on Parks and Recreation gets teased as if it’s justified.  In practically every comedy, actually, there always seems to be some foil that is teased mercilessly by other characters (From Arrested Development to Veep to Curb you’ll find these characters.  Just look around).

Teasing (as opposed to bullying) is usually seen as a harmless sport, just a way of joking around.  In fact, when a Sensitive Person reacts negatively to teasing the response is usually, “It was only a joke!”

But Normal People, you need to understand: every tease to a sensitive person is extremely painful, even if said in jest and with no intention to hurt or offend.

Most of us get it: you’re just screwing around.  But my gosh, it still hurts us.  Especially if it’s about a fault we have or about something we care deeply about.  This culture of teasing has led many a sensitive person to hide away in misery, withdrawing from the people around him, or reacting angrily, or simply feeling pained and hurt.

Do you know a sensitive person in your life?  Do them a favor: never tease them.  They’ll love you for it.

2. Your tone is powerful

Imagine you have a knife in your hand.  Without knowing it, you’re waving it around, and every now and then scratching, cutting, or stabbing the person near you.

This is what the tone of a Normal Person is like to a Sensitive Person.  Granted, many Sensitive People have trouble controlling their own tones, which is quite sad.  But usually, Sensitive People are aware of the knife in their hands and regret when they use it.

Your tone, dear Normal Person has the power to either bring us up to unimagined heights or to stab us in the heart.  You’d be amazed how much an angry tone from one person, especially someone we care about deeply, can destroy an entire day for us.  It’s how we’re hardwired, and not something we can control except to shove all the emotion we feel under a layer of anxiety or anger or depression.

3. We love touch, positivity, and TLC

Just as we are sensitive to the negative things in life, we are sensitive to the positive.  Things like a tender touch on the shoulder by a loved one, or praise for a job well done by a boss, or even a caring word from a stranger can make our day beautiful.  We absorb so much, and when positivity surrounds us, we feel it deeply (incidentally, Sensitive People, this is why you need to search out the people who will give you this).

Just one word.  Just a gesture.  It will change our day.  And we’ll be forever grateful to you.

4.  We often mask our sensitivity

We live in a culture, as I’ve mentioned, that does not take kindly to the Sensitive folk.  It frowns and scratches its head as it tries to ponder and understand the behavior of someone whose day was ruined by a tiny tease.

And so you may not know that you’re dealing with a Sensitive Person.  You could even be married to one, or managing one, or given birth to one.  But you might not know it by the way they act.

Most Sensitive folks have had enough experiences being misunderstood that they hide their inner nature.  They take on jocular tones when someone teases.  They get angry instead of crying (which is what they really want to do) when your tone cuts into them.

The worst of all is when they’ve spent so many years trying to end their sensitivity that they think they’ve conquered it.  Really, these ones usually tend to be cynical and jaded, their brains almost always working on overdrive to keep their emotions hidden and unknown.  Instead, running to “logic” and other such devices to mask who they really are.

The point is this: if you suddenly see a bizarre reaction from someone, one that seems perhaps agressive or cynical or passive/non-reactive, you may be dealing with a “blocked” Sensitive Person.  It is in these cases even more important that you deal sensitively.  This is a person who’s been through the worst of it and has chosen (concisously or unconciously) to take the hiding way out.  And try, if you can, to identify these people in your life.  They will need your positive embrace more than anyone else you know.

Many people seem to think that having a screen between them and someone else is some sort of protective shield for the other person.  So everyone from the Normals to the Sensitives will lash out, or tease, or shame without a thought as to how this affects the person on the other end.

You can see some interesting results from the most extreme of these situations. In some situations where people were witch hunted online, the worst public shaming someone can really get on the web, there have been some people who have reported symptoms of PTSD.  Some haven’t left their house or stopped using the intenret.  And then there were others who were completely fine afterwards.  At the time it was hard for them, of course, but they quickly righted themselves after it was all over.

A Sensitive Person can’t just let go of negativity or pain after he or she has absorbed it.  It stays with them, perhaps like a literal wound of the mind that takes longer to heal than others.

So, just remember, Normal Person, when you’re behind that keyboard that all the things above, from tone to positivity to teasing, can affect us Sensitives.  There is no difference except that you can’t see how much it hurts us (or raises us up).

Sensitive People are everywhere, even if you don’t realize it.  Perhaps the biggest tip I can give to a Normal Person is to simply become more aware that such people exist.  As I mentioned before, they may be so good at hiding this reality about themselves that the closest people to you maybe Sensitive People and you might have absolutely no idea.

Try to keep an eye out.  Try to raise your own sensitivity a notch.  Just to be aware of who might be one such person, someone who may not even realize it themselves.

And, of course, life is better for everyone when we’re generally more positive, less tease-y, and more aware of the emotions of others.  So it never hurts to practice these traits anyway.

Either way, I hope this post was helpful.  I believe the internet will allow us Sensitives and you Normals to connect more, to understand each other more.  Here’s to a new era of Normal-Sensitive relations.