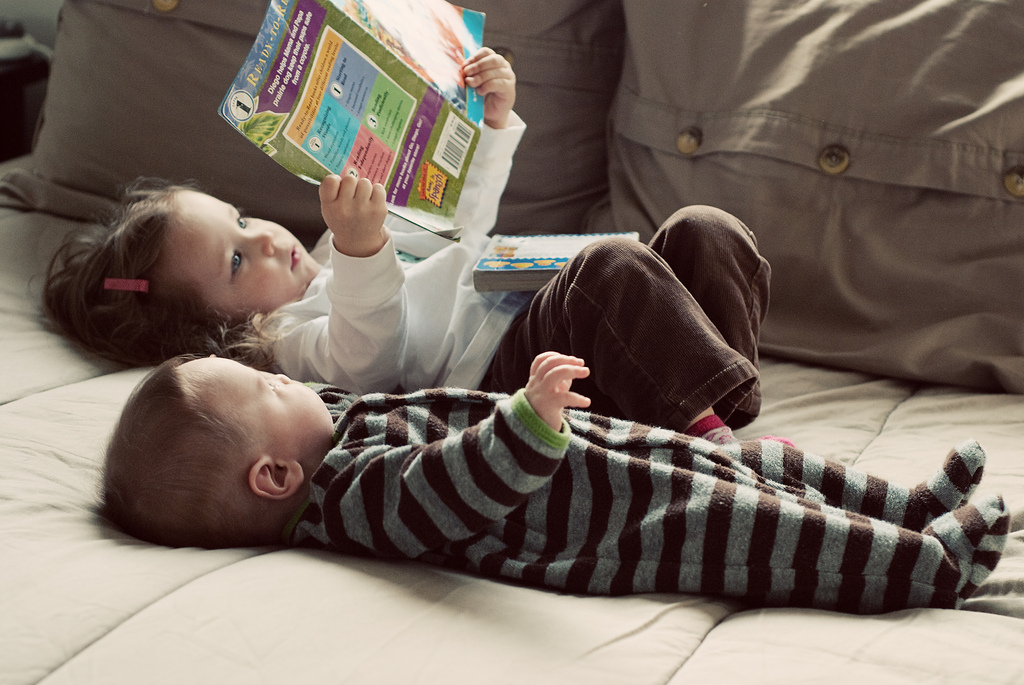 My daughter is crying.

It’s nighttime, and I’m reading her bedtime story.  But it’s not a normal story: this story I ordered in a rush a few days ago, convinced that my daughter had to read it.  Because I had just heard it, and I cried.

The story is the “Velveteen Rabbit,” a book written almost a century ago, a classic children book shared for generations which I just happened to run into because of a silly app I use to go to sleep that uses voice actors to read calming stories before bed to help keep people addicted to their phones from looking at their screens in bed.

The irony was that when I heard this story, it so captivated me that I couldn’t fall asleep.  Instead I cried.

Now it’s two days later and my daughter is crying too.  She’s never cried during a bedtime story.  In fact, it’s seemed to me for a long while that stories for children shouldn’t be about such intense emotions: they should be about education.  Or entertainment.  Or other big fancy ideas.

Well, I’ll be honest, it was my night spent crying when I realized that I was wrong, when I realized I was (and, by extension, the whole world was) focused on the wrong things when it comes to children’s stories.  And my experience as a Jewish parent has made me slightly surprised that this is an issue even in the religious world.

Why did my daughter cry when I was reading the story to her?

Why did I cry?

(Feel free to skip the next paragraph if you are worried about children’s book spoilers).

In case you are unfamiliar with the story, it describes the life of a toy rabbit who desperately, desperately wants to be real.  He discovers that to be loved is to become real, and so when the boy who owns him loves him, he believes he is real, so real.  But after a run-in with some really real rabbits, he discovers that perhaps his realness is limited.  And when the boy almost dies from scarlet fever, the rabbit must be discarded.  Not just discarded, burnt.  The rabbit cries, and a real tear falls from his eyes, which causes a flower to grow from the ground and a fairy to appear.  The fairy tells the rabbit that it will now become really real, and the rabbit spends the rest of its days hopping around with the real legs and body it had dreamed of possessing.

Now, this is a very cursory explanation, and there are so many details in this book that help it come to life in ways unimaginable: for example, the toy horse telling the rabbit that part of being real is getting old and falling apart, and the rabbit being afraid of this, and the horse promising him that being real is worth it.  It is these details that flesh out what this story is really about: a spiritual allegory for what it means to live and to die.

And so, although it is never made explicit that the story is about such heavy topics, a child knows.  Even when the child doesn’t really.  The child, of course, would never understand that the rabbit really did get burnt and that what it experiences afterwards is a metaphor for death.  But, in truth, the child does know.  The child doesn’t know that the rabbit worrying about breaking down and falling apart is a metaphor for aging and the pain we go through when we risk sharing our love with another.  But, in truth, the child does know.

And this… this is not something that such simplistic things like “education” can impart to a child.

Which, of course, is important.  But is it everything?

Of course it isn’t.

No, it had to be a book that brought out what was already inside my daughter to make her cry.

A book like the Velveteen rabbit, that speaks to her soul.  By writing about her most hidden fears, pains, and desires, it was able to make her more conscious of the voice of truth inside of her that whispers to her constantly, waiting to be heard.

That is why math will never inspire a young girl to cry, unless her heart already sings to the tune of math.  It is why learning to be nice, even, won’t do it, unless, perhaps, the child has been looking for the words inside of her to know why she has an inherent need to be good and giving to those around her.

Because a child has a soul.  A child has an infinite reality living in her at all times. And while rules, numbers, literacy, and science may help guide her physical existence in a way that aids her as she grows, the spiritual part of her must be encouraged to reveal itself within that existence.  Otherwise, she is just an educated piece of meat.

The saddest truth I’ve come to discover in all this is that all of this is even more true in the religious world I inhabit (and I can only imagine, is true for most of the religious world, Jewish, Christian, etc).  Spoiled into thinking that sharing the truth of our God is enough to bring out their delicate, infinite, beautiful souls, they are taught simplistic rule and regulations about the world.  Even when taught lofty concepts, they are imposed from the outside, as if a child would not already know that God is like an artist.  The idea that all one needs to do is wrap pretty words and pictures around a truth and then feed it to a child like candy-flavored vitamins, surreptitiously feeding them what’s good for them, is a sickness in the religious world.  One that, ironically, seems to be imposed from a secular society that has entered an age of superficiality.

A child has come into the world, and they must deal with its insanity almost at once: the way things that seem to be permanent never are.  The fact that one day, all physical things disappear into nothingness.  The reality that there is this voice that tells them they are so real, when it seems like sometimes everything is also an illusion.

It is, then, so important that a child learns to listen to herself.  To trust the voice inside her that says, “You are real.”  Because unless a child hears the words of truth ringing inside of her, from herself, she will never cry at the beauty of how true it is.

This is why my daughter cried when the fairy appeared and turned the rabbit into a real rabbit.  Because she understood, deep down, that we all have a deep need to believe in our realness, and to one day be able to see it clearly, in a way not even the angels could deny.

And it’s why her father, a full-grown, manly man, could cry in bed when he heard the same words.  Because they share the same soul, the same voice of eternity within.  A voice that is beyond time, a truth that is beyond words.

Which then teaches us the most obvious lesson of all: that this is a reality that’s true not just for our children, but for ourselves.  We are surrounded by “life hack” articles and politics (I cannot describe the inanity of my Twitter feed, spread by the well-educated journalists who think that talking about politics will somehow make them better people, only because they are technically fighting for what’s right) and articles that begin “Science says…” which of course must mean that we must drop everything and listen.  And us religious people are no better, with our articles about “if you don’t believe this, why, you’re a traitor!” and “A clickbait article about the cultural trappings of our religion” (hello, Hanukkah!) and “My politics disguised in a religious cosplay outfit.”

No no, we, all of us, are only scratching the surface of our inner worlds, trying to impose truths on ourselves and others from the outside, instead of learning from the Velveteen Rabbit who could only be a real rabbit when he cried real tears.

You and I, we need to cry more, to let out what’s inside of us and have it elevate who we are on a day to day level.

Only then will we be able to then write the stories that our children need to read.