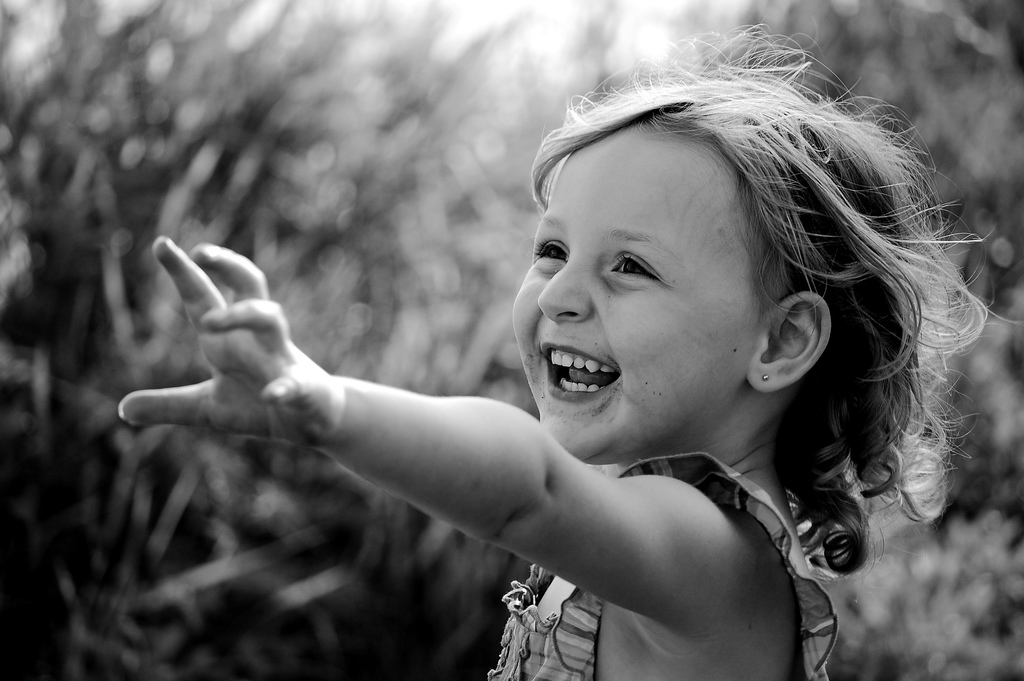 Recently, my wife and I hired a woman, originally from the Caribbean, to do some nannying work at our home.  It’s been one week, and she’s already like our personal Mary Poppins.

She has this spirit.  Joyful, but focused.  Helpful, but assertive.

Our daughters both love her.  Love.

One day, our eldest daughter, Tanya, almost 5 years old, had a conversation and somehow the question of whether the nanny was Jewish came up.

My wife insisted that the nanny wasn’t.

“But she looks so Jewish!” Tanya replied.

Today, I was taking the girls to camp.  Tanya and I were talking about who the first human born was, how she wishes the Rebbe was still alive, the usual stuff, y’know.

After a brief pause in the conversation she looked up at me and said, “Did you know that the whole world is all family because Hashem [God] is our parent?”

I smiled, extremely grateful to whoever had taught her that.  What a beautiful thing for a young child to grow up believing fully.

“Who taught you that?” I asked.

“I learned it in Mommy’s belly,” she replied matter-of-factly.

For context, according to the Talmud, Jewish children are taught the entirety of Torah by an angel while they are waiting to be born.  Just before emerging into the world, the angel taps them on the lip, and they forget everything they learned (on the conscious level).  A Jew’s job, then, is not to discover the wisdom of Torah, but to relearn it.

“You remember being in Mommy’s belly?”

“No, not really… but I remember that.”

After some severe cross-examination, I was convinced that she truly believed she had learned this lesson in her mom’s belly, and not from some cool teacher.

We continued to talk, she asked me about the nature of angels (back to business), and I dropped her off at camp.

I learn a lot from my daughter.  Most of all, I learn how much changes as you become an adult.

How I can’t help but be convinced she’s subconsciously convinced herself that the lesson happened in her mom’s belly.  How I was amazed at her clarity in vision when she talked about her nanny (to be clear, she doesn’t usually assume everyone around her is Jewish, especially people that don’t look similarly to her).  How I remember how I was similarly fascinated by metaphysical concepts as a young child, and how I keep trying to grasp back to that time.

As we grow, we have to learn to build defenses around ourselves.  To not let our emotions control us, to not trust every word said to us, to not follow every single flight of fancy or thought that comes to our mind.

Most of the world sees these things as positive, in a way.  The more a person learns to question, to think critically, to put up a filter between themselves and the world, the more that person is an agent of their own destiny.

But we so often forget how the reason we do those things is because the world is not ideal.  Because our emotions don’t perfectly conform to logic.  Because the words told to us can often be purposefully deceitful, or more often, simply wrong.  How our thoughts are often even more wrong.

Critical thinking and internal defenses are great because they protect us from an imperfect world.

But every now and then, it’s important to have moments like I do with my daughter.  Moments to remind us what life would be like if we did live in a perfect world, in which trust was not a liability, in which unhinged belief was solely an asset, in which we looked at those around us with a sort of total acceptance and love.

We can’t live like that forever.  We grow up for a reason.  One day my daughter will grow up too, and she’ll have to build more defenses.

But I hope that the ideal world she’s building in her mind now stays alive.  That the defenses don’t become the point.  That trust, belief, and love, become the principles she understands to be the ideals of life, and not distrust, suspicion, and judgment.

Somehow, I think she’ll do much better than me.

And so I’m going to try and keep learning.