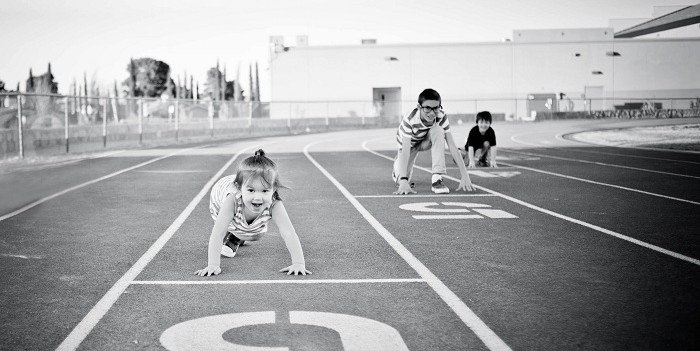 Well, it’s been a good run hasn’t it?  I mean, 5,000 years is pretty good, amiright?  We’ve made it through so much, survived it all, and lost a bunch along the way.  But we’re still here.

And it’s all thanks to you FFBs, the ones who kept it real all this time.

(And mind you, by FFB, I don’t mean born religious. I know plenty of baal teshuvas that are FFBs.

An FFB is the kind of Jew that keeps his practice and his faith going no matter what.  The world could be falling down around him, and he’s still religious.  He makes kabbalas ol his bread and butter and has it for breakfast every day.  Yep, the strength of the FFB is his gosh darn persistence.

But now, suddenly, something seems to have changed. Have you noticed it?

There are two things that have changed, really:

One: the Jews have changed.  We’re so much weaker now, aren’t we?  “Chocoladnikim” the old school Russian Jews call us.  A bunch of chocolate-eating weaklings.  We just aren’t as strong as the last bunch of generations.  If we had to deal with what our grandparents and their grandparents had to deal with, we’d give it all up for a chance to get back to our smartphones.

Two: the world has changed.  All of a sudden, we’re living in a place and a time where the vast majority of the world isn’t spending 90% of its energy trying to figure out how to get rid of us.  Not only that, they accept us.  They love us, giving us awards and accolades and watching our movies and bringing us into the fold.

And us religious Jews know the danger of being too accepted.  Because this new, loving world is still a world we disagree with, and so when they accept us too much then we forget what we’re all about.

Now, I know, you FFBs have been arguing for a while that the way to deal with this is that everyone should just become even more hardcore FFBs.  We should all get, like super frum, super forgetting what we feel, and what we think, and just focusing on sacrificing everything to keep our Jewishness.

And, sure, that makes sense.  It makes sense from your perspective, because you can pull it off, and you’ve been pulling it off for thousands of years.

But there’s something you’re forgetting: change #1 discussed above.  Our generation is a bunch of weaklings.

It’s true, we’re so very weak right now.  Trust me, I’m one of them.  And so are most people I know.

And so this creates a problem: for most of us, when difficulties start to arise, we see this other world that’s right next to ours.  A world that loves and accepts us.  A world that says, “It’s okay if you can’t be an FFB.  We’re looking for some new recruits anyway.  Come, come, come.”

An so us weaklings, no matter how much we turn off our brains, see no reason why we shouldn’t.  We hardly believe anyway, so what’s the point in staying?

And while, yes, you’ve created a bunch of “kiruv” centers to suck people back into your world, the moment most of you get them back in, turned them into baal teshuvas, you assume that your job is to turn them back into FFBs.

Your goal isn’t to make baal teshuvas, it’s to make FFBs.  But, unfortunately, almost all of us, even the ones that grew up religious, are baal teshuvas today.

And so those people (maybe you’re not paying attention and don’t notice it), those people are leaving as well.  Because most of them are weak too.  You don’t realize it, but your solution isn’t a complete one: you make them religious for a moment, and then you lose them or their children.  And if they don’t leave, they stay an empty shell, killing the world around them, and all the other baal teshuvas, because they aren’t living their ideals.

And, unfortunately, what you end up doing is creating the exact problem that exists everywhere in the Jewish world: enforcing a connection to the culture, but a disconnection from the truth.  In the end, Jews dressing the same, talking the talk, fitting in with those around them, becomes the priority.  Perfectionism becomes the name of the game: unless a Jew perfectly fits in with those around him, he’s not considered “frum”.

In other words, you may not realize it, but you’re actually killing the Jewish world.  You have an equal part in its destruction.  Not because of any fault of your own, but because you don’t realize that there is something beyond powerful happening.

But don’t be afraid, don’t be angry, don’t be worried.  Because that something, if you understand it well enough, is actually an amazing opportunity.

Our generation, this generation of weak baal teshuvas, need Judaism to be real in our hearts.  It needs to be alive and kicking and moving.  Now, that doesn’t mean it needs to just “feel good”.  No, it means that they need to not just kind-of-believe-to-keep-the-Jewish-race-going, like you are asking them to (This attitude, by the way, has been transferred to every part of Judaism, including Reform and Conservative, thanks to you).  No, they need to really believe.

In other words, the only way us baal teshuvas are going to survive in this world is if we accept how weak we are.  If we believe more than any other generation ever has.  Because if we don’t, there’s a world out there that makes a lot more sense to us.  A world that doesn’t require us to believe, and that will give us all the chocolate we’ll ever want.

The challenge we’re facing today is a challenge from the inside, not the outside.  Most of us weaklings will never survive unless we focus on making Judaism as real and alive in us as possible.  Telling us to suck it up and focus only on doing and ignoring the outside world is self-defeating.

Of course, I’m sure there will always be some FFBs in the world. I know plenty of them, went to yeshiva with some.  But most of us are the weaklings.

So, thank you FFBs for everything.  But now is also the time of the baal teshuva.  And as weak as we may be, if you work with us, you’ll realize that our weakness is actually our strength.  And that, if you stand aside and let it happen, we will be the realest Jews that ever existed.