Okay, let’s be real.  Most of the world, and especially America, when it imagines what Jews look like, usually has an image like this sticking out in their mind: 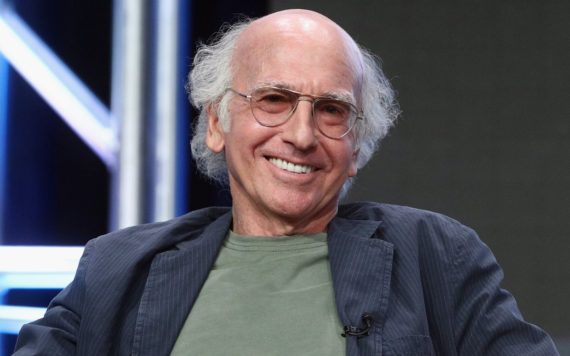 Yep, thanks to people like Larry David, Hollywood, and plenty of other reasons that have no connection to reality, the majority of the world likes to think Jews are all white and nerdy.  And have been like that since day one.

And, of course, when they think of religious Jews, they usually have an image like this in their minds: 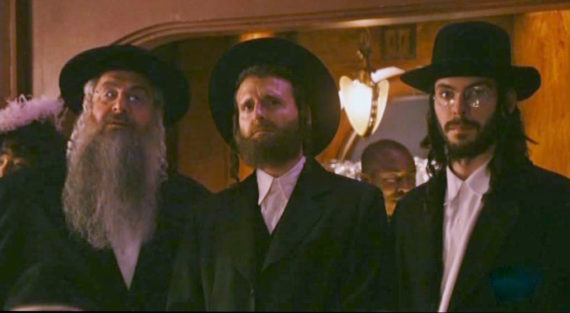 Black hats, beards, and, most importantly: white as a sheet.  Simply put: Jews are stereotyped.

Even more striking is the way women are stereotyped.  Either as old (white) ladies fussing over their mini Larry Davids… 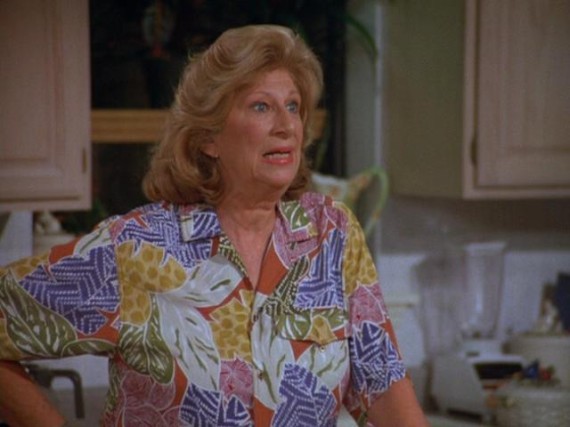 or young (white) JAPs, as that charming new reality show has painfully reminded us. 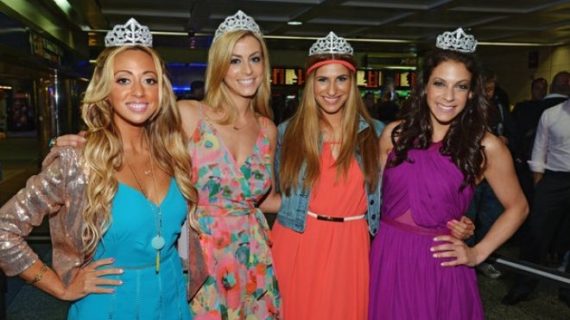 So, what’s a Jew to do?  As a Sephardic Jew who also happens to be religious, I thought I should do a bit of an exposé on the beautiful rainbow that is the Jewish people.  A people that can’t be defined as a race or be put into a convenient box.  A people that defy all stereotypes. 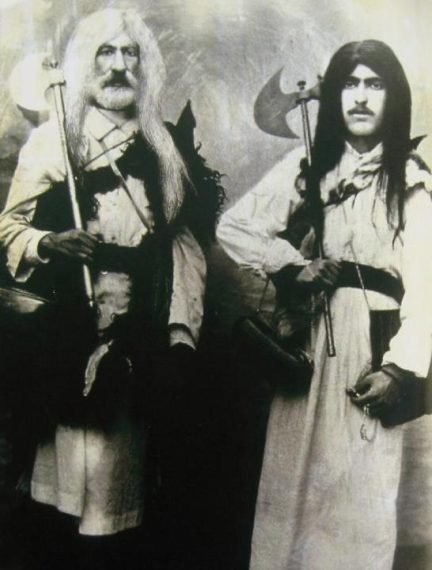 Traditionally, dervishes, a group of ascetics committed to extreme poverty, is a strictly Islamic path.  However, these two brothers were able to fully integrate themselves into the dervish way of life without sacrificing their Jewish identity.  Read a more in depth description of this fascinating story here.

2. Jewish Children with a Teacher, Samarkand, 1911 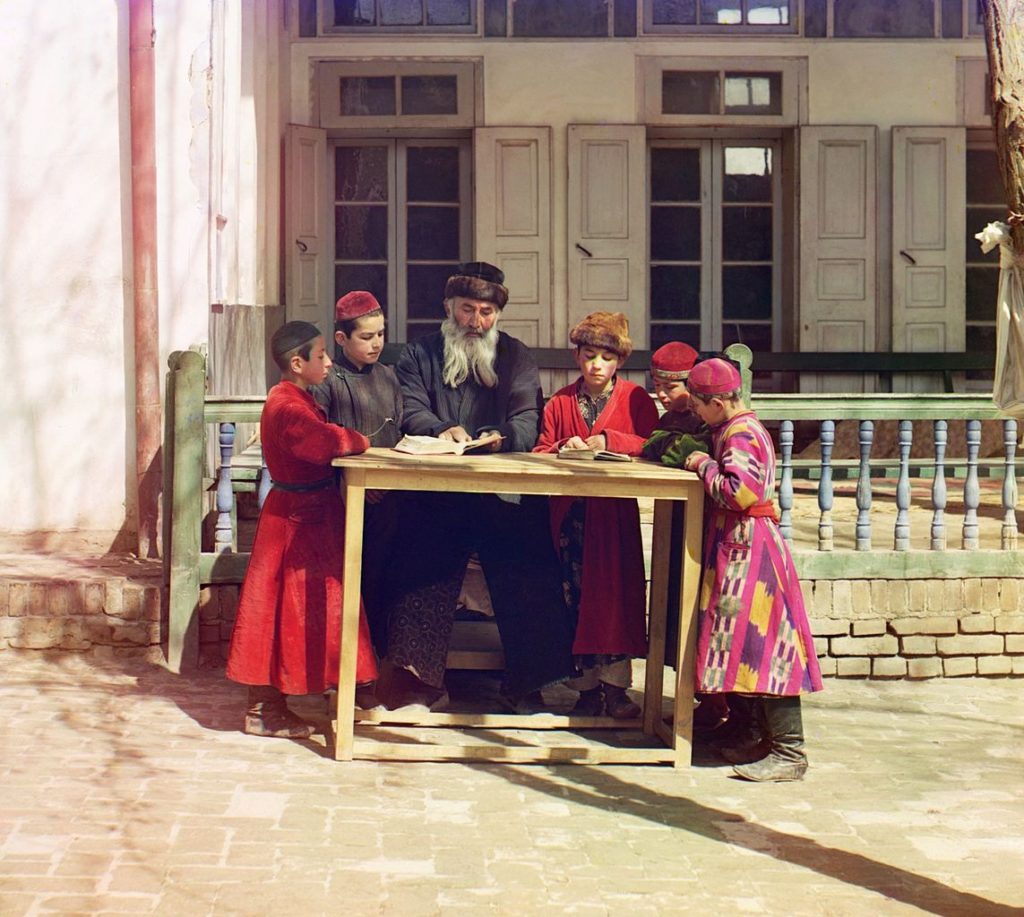 There’s something so powerful about this picture.  Taken by a photographer named Sergei Mikhailovich Prokudin-Gorskii in a rare instance of color photography for the time, it beautifully captures a teacher and his pupils.  The funny thing is, most of us think of religious Jews as only wearing black and white.  This colorful image destroys that conception, reminding us that Jews, for much of their history, and many of the places they lived in, were a colorful people. 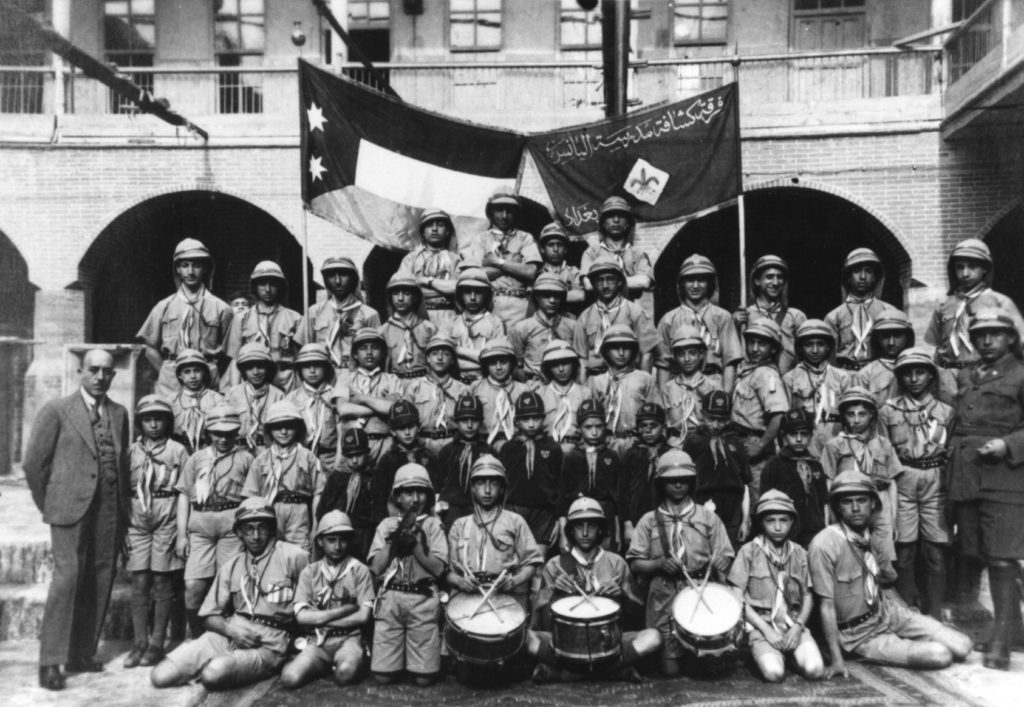 We often forget that there was a thriving population of Jews in the Middle East until very recently.  Patriotic Jews that strongly identified with the countries they lived in.  Here is a powerful images of a Jewish “scout” group in Iraq in the early 20th century.  Behind them is their club flag and the Iraqi flag of the time.  They look so normal.  They fit in so well. 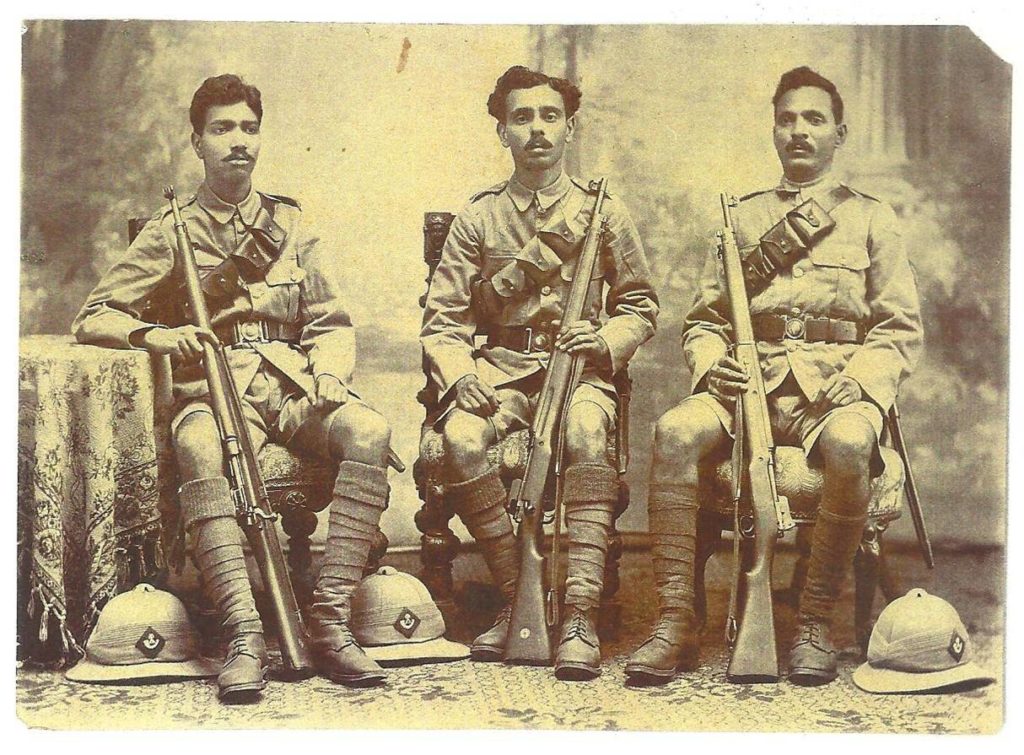 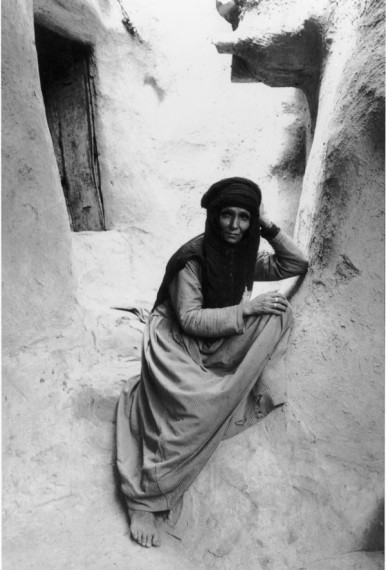 Taken by the fantastic photographer, Frederic Brenner, from his series “Diaspora” of Jews in far-flung places like Yemen.  What is sad about this image is that it is doubtful anyone similar is left in the country after years of persecution and flights to Israel. 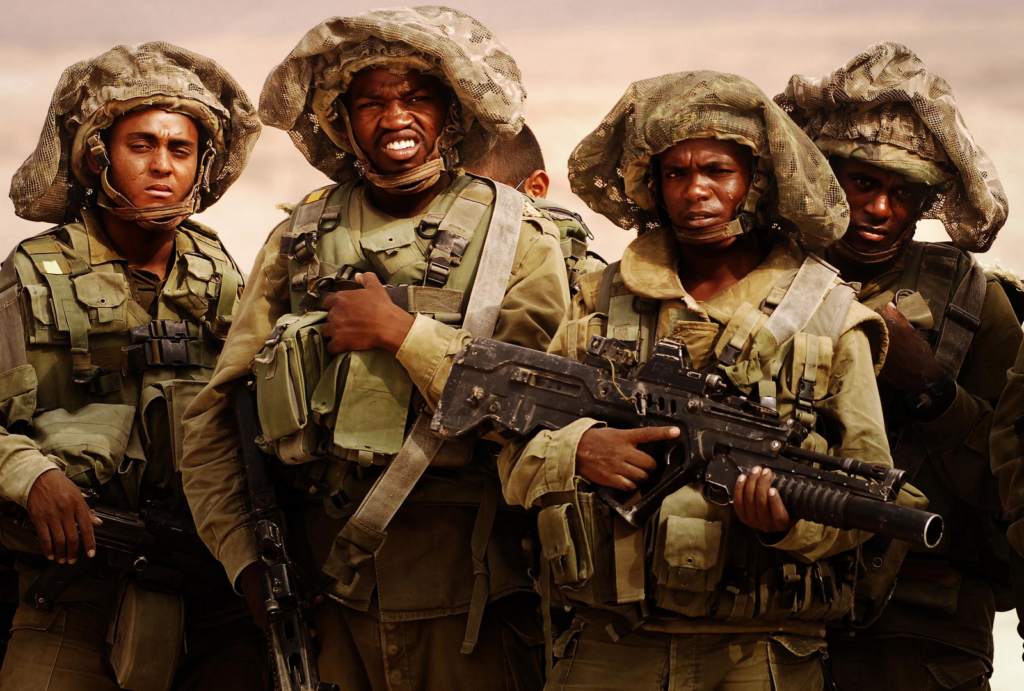 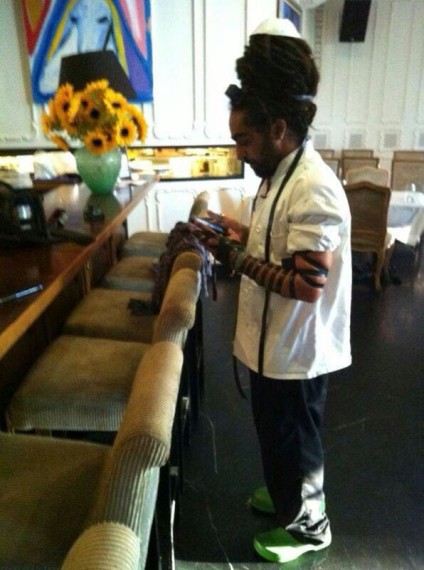 I ran into this image through Reddit, and most people had no idea who this guy was.  Some were worried that this guy might not really be Jewish, showing an immediate prejudce about what a Jew is “supposed” to look like.  So I posted it on my Facebook page, and next thing I knew, this guy Rastaboy Raslion, an awesome DJ in Tel Aviv, claimed the pic.  Such a special picture, and shows no matter how we look, what kind of hair we have, there is no way to easily categorize Jews. 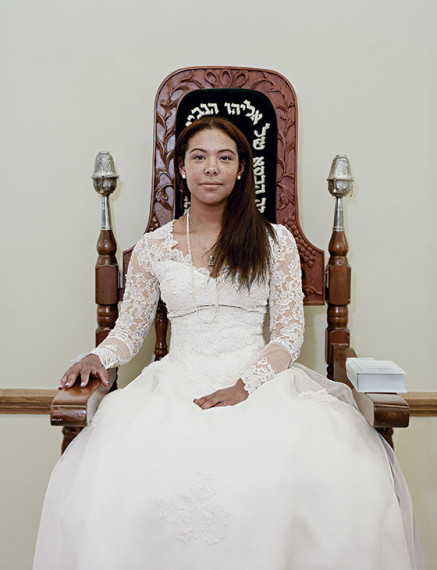 This image is of Gulienne Rollins-Rison, who was featured in a recent powerful piece in New York Magazine.  She is married to Manishtana, a writer and self-proclaimed social activist, who was also featured.  Sadly, even within the Jewish community itself, there can be a misconception that Jews are supposed to look a certain way.  As Gulienne says, “As a Jew of color, you’re this mythical creature that supposedly doesn’t exist. [Manishtana’s] been writing a book about his life that’s going to be called Thoughts From a Unicorn.”

Thoughts From a Unicorn has since be released and you can buy it on Amazon. 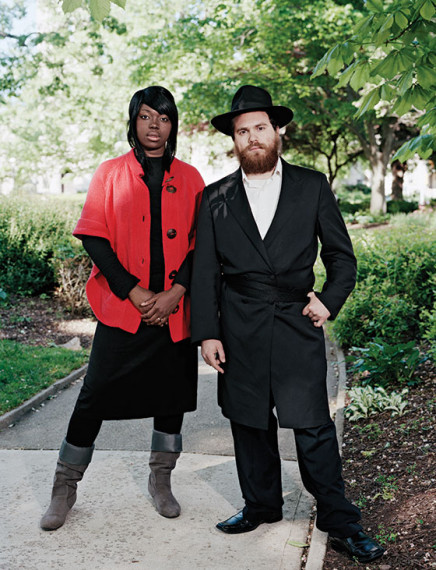 This photo is from the same series and is of my friend Baruch Arky and his wife Zehava, whose parents are Muslim and Christian.  In my mind, I feel as even those of us who know that Jews of color are prevalent within the community assume that that they can’t possibly marry or integrate with the Ashkenazim of the bunch.  As Zehava says, “Before I got married, when people would try to set me up, they would often set me up with another Jew of color, without considering if we might have anything else in common.” 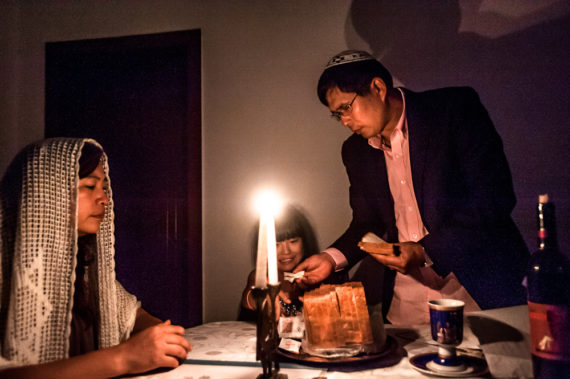 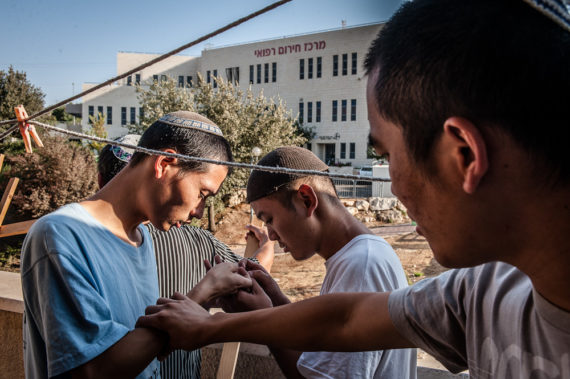 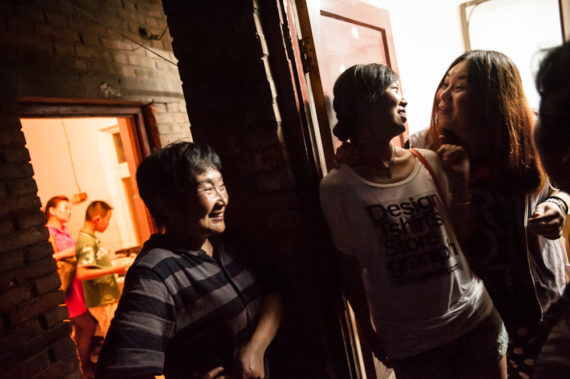 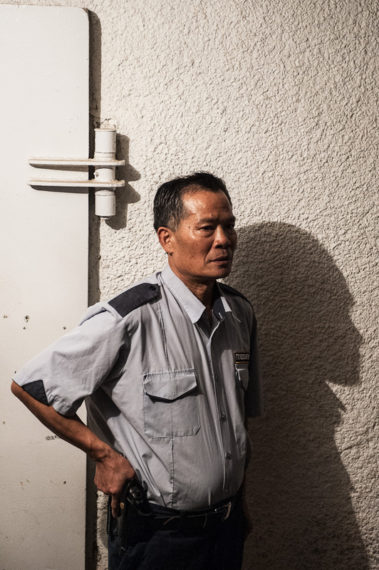 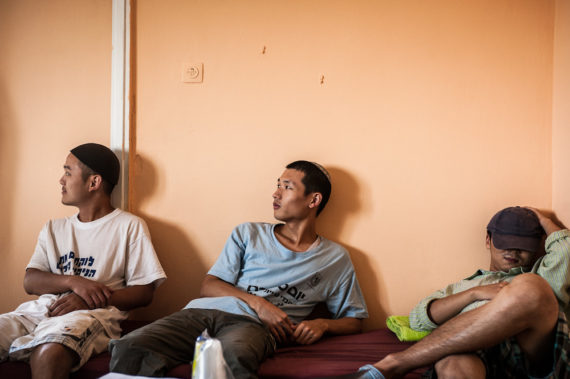 I couldn’t pick just one from this incredible series of photographs profiling Chinese-Israelis.  These men and women come from a community of Chinese people who have identified as Jewish for generations.  However, because they passed Judaism through the father, when they decided to make Aliyah, Israel wouldn’t allow them to come without converting.  This did not deter the ones who were determined to move, though.  After years of going through the conversion process, half a dozen of them made Aliyah, accepted fully as Jews and Israelis, and another six are studying in Jerusalem and undergoing conversion.  Beautiful.  Read more here. 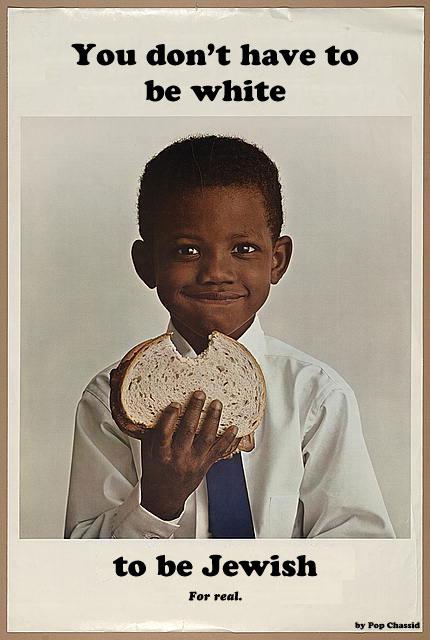 This is an image I made a little while ago that was playing off a famous ad campaign done by Levi’s Rye that essentially used people from different races in their ads to show people who “weren’t Jewish” enjoying their bread.  Time to set the record straight.