I love Kramer.  And Dwight.  And Dale.  And Zoidberg.  Always have.

In case you are unaware, Kramer is the wacky sidekick character in the TV show Seinfeld, the one who is always getting himself into crazy hijinks.

And Dwight is the same thing, but in the Office.

And Dale is the same thing, but in King of the Hill.

And Zoidberg is the same thing except in Futurama, and he’s a crab, and he’s a failed (probably Jewish) doctor with a penchant for eating garbage.

To understand the appeal of the wacky sidekick, I think it’s important to understand some of their qualities.

Yes, just about every sidekick character is weird.  He has some sort of unique way of looking at the world.  Dwight sees himself as some sort of ninja of the night, defending the poor weak citizens of his office, his Battlestar Galactica obsession notwithstanding.  Dale is a conspiracy nut.

2. They make you laugh

These sidekicks are almost always the ones that cause you to have the belly-aching laughs in a show.  It’s part of why they’re so loved.  Their wackiness and weirdness allow the writers of a show to make them extreme, and thus have an excuse to just be funny, rather than trying to fit them into some sort of main character boring archetype.

3. They can’t be main characters

This is one of those rules that always drove me crazy.  Why couldn’t they be the first in command, I always wondered?  How amazing would a show just about Zoidberg be?  Ugh!

But the truth is that it’s just impossible to make these characters work as main characters.  Their whole strength is that they pop into a scene, do something crazy like fall over, say something extreme, and then pop back out.  They are meant to be on the side.  And we see this most clearly when people try to make them main characters.  The episodes of Futurama that featured Zoidberg as the main character were perhaps their weakest episodes.  Michael Richards, the actor who played Kramer, was given his own television show after Seinfeld ended.  It tanked.

In other words, these guys will always be number two.

I was thinking about all these qualities recently, but especially the third one.  I wondered, if they’re so funny and so awesomely weird and unique, it just doesn’t seem fair that they can’t be the main character!  What is it about the world that relegates them to always be number two?  Always the Assistant (to the) Regional Manager?  Why couldn’t Dwight ever get that promotion?

For a while, I reasoned that it was because of quality number one: their weirdness.  You gotta have nice, normal, vanilla, main characters, because that’s what people identify with.  You can’t have extreme characters rule the world!  The normal people would have nothing to watch on TV then, G-d forbid.

From Sidekick To Follower

However, as I’ve started to become trained in marketing (Yes, people, I do have a job outside of this blog!), I’ve actually started to view these side characters differently.

And the peak in my thinking came when I saw a TED video that perfectly described my thinking.

In the video, the speaker presents another video.  It’s a grainy video taken by some dude at a music festival.  In it, there is a lone dude dancing his tuchus off.  He’s dancing kind of like… an idiot.  But whatever, he’s dancing. 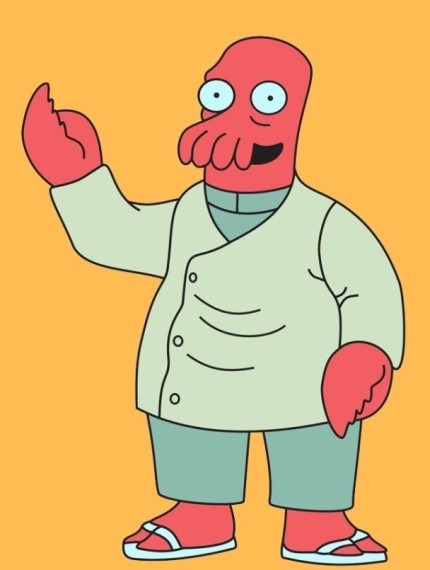 All of a sudden, another idiot joins him.  And this is when things get interesting.  Soon, another person joins them.  And now it’s just three people dancing (or something), and for a bit, it’s just them, dancing, dancing.

But then this thing happens.  Like a container slowly, and then quickly, tipping over, a few more people join, a few more, and suddenly the whole field of idiots is running to dance together.  And there’s something beautiful about the dancing.

But what’s even more beautiful is the speaker at TED’s description of what’s happening.

He says that often we only notice the leaders.  The ones that start a movement.  In fact, our society is slightly obsessed with leaders.  We think all our kids should be leaders, should be the ones heading movements and changing the world.  And so we talk about Nelson Mandela, and we tell our children, “Be him!”  And so now we’re a generation of idiots all trying to be Nelson Mandela (Just take a look at the BDS movement to understand what I mean).

But, the speaker goes on, what we’re missing is a view of something else.  And this is where my marketing training kicked in.

The speaker points out the first two idiots that joined the first idiot.  He says that these people… these are the people that made the difference between a lone idiot dancing and a real music festival dancing movement.  A field of fools dancing their hearts out, instead of just one.

In marketing, we call these people the “early adopters”.  The people who see past all the ridiculousness in the world to your product (or service or whatever) and say, “I want this!  I need this!  Sign me up!”

Those with the courage to be followers.

And when the speaker said that, I finally understood the role of Kramer and Dwight and Dale and Zoidberg.

From Sidekick To World Changer

Why can’t they be main characters?  Because they’re not meant to be.  Becausethey are so much more powerful as side characters.

And that doesn’t take away from their dignity.  It, in fact, adds to it.  It makes them more special, because they are the real, true movers in stories.  Not just people that jump in and out, but that make real change because to them, their wackiness is more important than being first in command.  Dwight always wanted to be manager, but he wasn’t willing to sacrifice Battlestar Galactica for it.

And, in case you thought this whole blog post was about television and dancing fools, let me bring this home for you.

Most of us think that the main characters in these shows are the normal ones.  We think that because Jerry is this relatable dude without so many weird imperfections, he’s somehow the straight shooter. 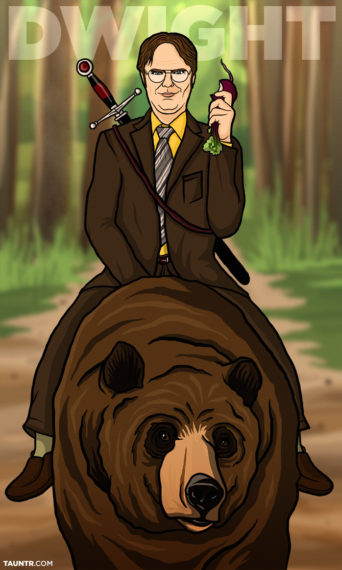 But the reality is the opposite: the main characters are not normal.  They are, in fact, the weird ones.

Because how many of us are truly as perfect as Jerry, or as reliable as Hank?

The truth is that Jerry and Hank can’t help being who they are.  Like the guy who stood out, dancing in the field all alone, they are hardwired to be leaders, to be the dudes that happen to lead the pack.  Good for them.

But that’s not us.

The truth is, whether we want to admit it to ourselves or not, most of us are Kramer.  We are Dwight.  We are full of imperfections and bumps and bruises from falling over every time we walk into a room.  We’re secretly fans of Battlestar Galactica.

But the point is that almost all of us are walking contradictions.  Errors with a few smooth edges.

The only difference between us and Kramer is that most of us don’t have the courage to truly be ourselves to the extent that he does.  Most of us aren’t willing to let go in that way.  Most of us have been trained to think we need to be the leader, with all our edges sanded down.

But the truth is that it requires so much more courage and strength to realize and accept that we are meant to be followers.  Meant to be number two.  Finding a truth, and attaching ourselves to it, rather than creating a truth from scratch.

And when we attach ourselves to that understanding, we can move from being the last ones to join the pack, the back of the line followers, to the first adopters.  The passionate followers.  The ones, in short, that actually change the world.