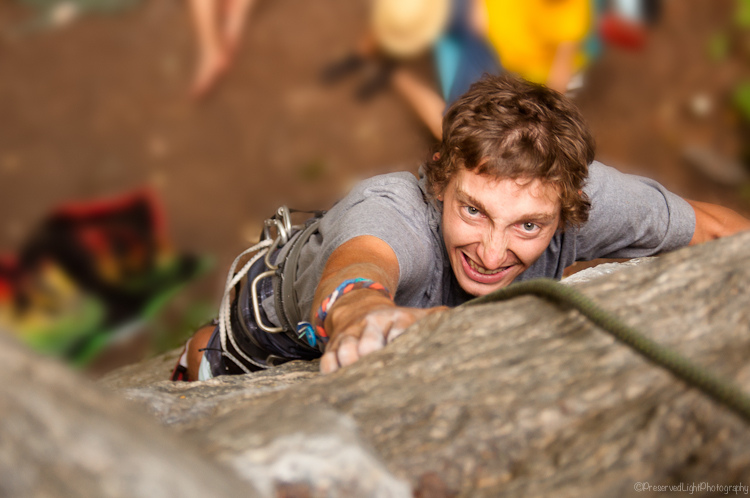 Two months ago, I was a wreck.

I had just published a post that had angered some of my biggest fans.  And, even worse, people who hadn’t read my blog before and didn’t know what it was about started to chime in.  The attacks seemed to come from all sides.  I was crying.  I became literally sick from it.

It was the first time in more than a year that I considered quitting blogging.  It was the lowest point I’ve experienced as a blogger, and one of the most trying times in my life.

A year before that, I published a post in another publication that was so controversial I asked to have it removed.  They refused, but I managed to get them to remove my name from it.  It was the first time I felt in danger from my writing, and one of the few other times I considered quitting blogging.

I’ve experienced other backlashes to my writing, but those two moments are what stand out to me as the hardest time in my short blogging “career”.

So why am I writing about them again?  Why bring them up?  Why not just move on?

Because there’s something I want to say about those times.  Something that I think is vital for anyone who has a dream to create something they believe in.

When I was in that place two months ago, when I was sure it wasn’t worth it to keep writing, to put myself out there if it would even mean a chance of being as abused as I felt, it was almost impossible to imagine that things could be any different.

I knew, in theory, that things could get better.  But in my head, I couldn’t imagine how I could possibly recover.  I was convinced that I was in a rutt.  Convinced that there was no way I could really dig my way out.

There were two things, though, that inspired me to keep going.

The first was my wife.  She was the only one, until today, that I told I wanted to quit.

I still remember her reaction.  She just looked at me with this soft smile, looked me in the eye, and said, “You can’t.”  And for some reason, that seemed like enough.

But one more thing sealed the deal: remembering my post from a year earlier.  When the reaction to that post poured in, I took Pop Chassid down.  Antisemites were linking to it, and were starting to outnumber the actual readers.  Hate publications were talking about me.

After that happened, and as I contemplated the idea that I had made a horrible mistake, I wanted nothing more than to escape from writing.

And for a while, I did.  While my site was down, I didn’t write a thing. But again, with the encouragement of my wife, I decided to try coming back, to try to build up my blog again.

It took me some time to get back in the groove.  With my readership down, it seemed like I was starting from scratch.

But I did finally get going again.  I wrote a piece called, “Calling All Creators” that encapsulated how I felt about what was happening, and slowly began rebuilding.

A year later, in my rutt, scared out of my mind by the reaction I was having to my post, I remembered that decision.  And remembered how it resulted in only good things.  Resulted in a site I cared about, that I believed in more than ever.  Resulted in my first viral post.

And so I made a choice: I would start writing right away.  The next week, I wrote a post.  And then the week after that, I wrote two more posts.  Soon, I was finding my groove again.  And now, here I am, two months later, and my first viral non-image post is taking off.

When you’re creating something you care about, you are going to run into what appear to be epic obstacles.  It’s possible you’ll feel like the whole world hates you for it.  It’s inevitable you will make mistakes, things that will actually justify people getting angry at you.

And trust me, I know how hard that is.  When you’re in that dark place, when it’s in the moment, it really feels impossible to recover.

And not only that, that moment can help you tap into something even better, even bigger, within yourself.  It could be the best thing that ever happened to you.

Almost every dark moment in my life has turned out that way.  I swear.  From my near death experience, to my moments of deep dark depression, to getting fired from a job I cherished…

All of those, once I got myself up, dusted myself off, and examined them, didn’t ignore them, but worked to understand them, and then… finally… moved forward…

Those were the moments that marked the first step in every good moment in my life.  My near death experience started me on the road to becoming religious.  My depression led me to take my mental health seriously.  Getting fired led me to take control of my career.  And now, the post that I thought would ruin Pop Chassid has inspired me to write its most popular post ever.

So, please, I beg you to listen to me: don’t stop.  Don’t hesitate.  Don’t let anything convince you that what you’re doing isn’t worth it.

Because it totally is.  And you totally are.