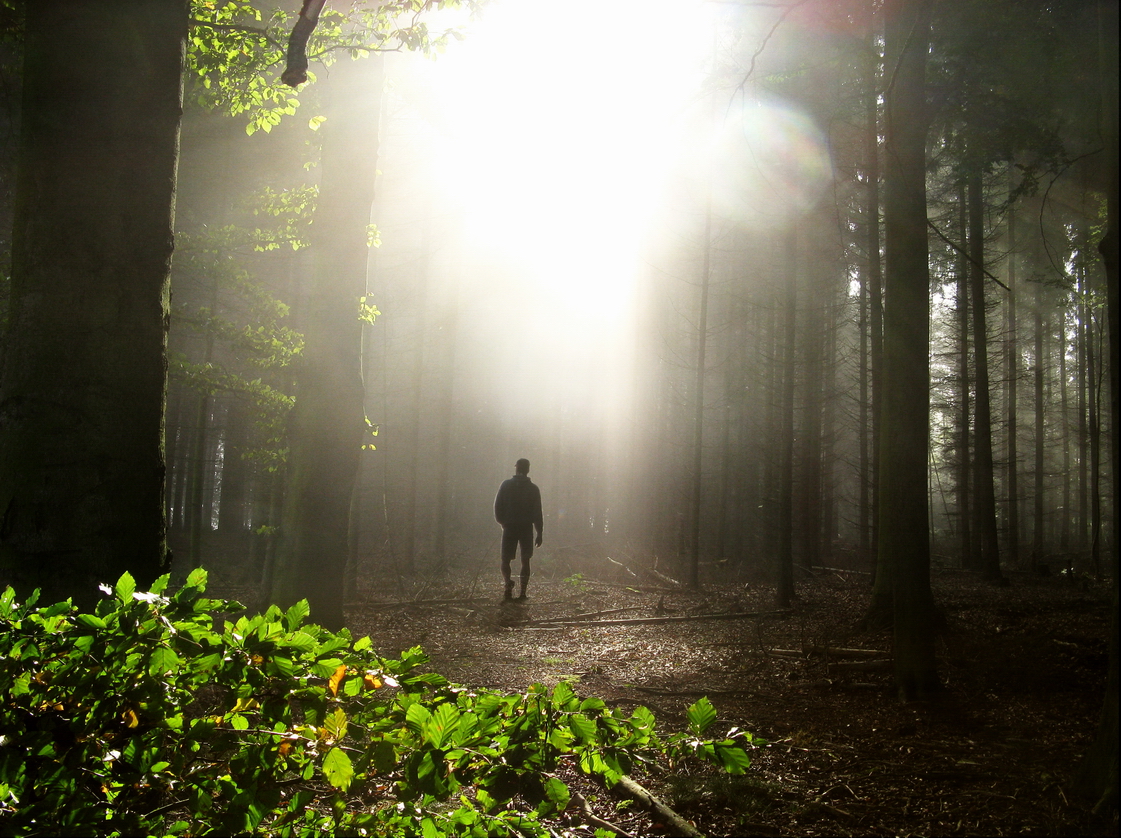 Well, I don’t know if it was technically death.

But it was one of those things they call an NDE: a near death experience.

I was going through a manic episode. It happened before I knew I was bipolar, so it crept out of nowhere.

And so, in the middle of the summer in Arizona, I went crazy.

I thought I was Jesus, tried to figure out when the next terrorist attack would be, thought the cops were bugging me, watched the movies Spirited Away and Office Space obsessively, forgot to eat or drink anything, and lost forty pounds. By the end, I was gently forced into a mental hospital where I began my recovery.

Somewhere in the middle of all that, I had my NDE.

It started in the shower.

At that point, I could get lost in my thoughts for hours without realizing it.

And so I stayed in the shower. For G-d knows how long.

I just stared at the water, and I remember (I’m remembering it as I’m writing now) how I tried to make the water bounce away from my fingers. I was convinced I could do it. After all, I was Jesus.

I remember getting out of the shower, grabbing a towel, feeling a bit exhausted, a bit lost.

I went into the bedroom with the towel wrapped around me.

I laid down on my bed.

I had one of those ceilings that look like popcorn that you see in cheap apartments in Arizona. You know the kind I mean?

At that time, I had become accustomed to the world around me liquifying. Moving. Breathing.

So when it started happening with the ceiling, when that popcorn started popping, and the ceiling started breathing, I wasn’t worried.

But then something different happened.

The liquid and the breathing and the popping: it all began to swirl. Soon, the whole ceiling was swirling.

I was laying there on the bed, staring up, and watching my ceiling turn into an upside down drain, sucking that melted popcorn into… something.

But soon it wasn’t.

Soon it was just white.

And that “something” it was getting sucked into was gray.

But a bright sort of gray, like a sun. As it shone its gray rays into my eyes (except at that point I didn’t have eyes) I noticed that I was getting sucked in and I felt some sort of rising happening. And the sun got closer.

Now, I heard that at this point a lot of folks get sucked in and see their relatives and spend some time socializing before they come back to earth.

That didn’t happen with me. Instead, after I rose a bit, I felt this sudden kick, like a kick to the gut, (except I didn’t have a gut) and I shot down. And I was looking at the popcorn ceiling again, which was solid and strong.

At the moment, I wasn’t quite sure what happened. I sat up, got dressed, and went off to continue being crazy.

At some point, I told a friend what had happened, and she told me I had experienced an NDE. But she also had this scared look on her face that I didn’t understand.

I’m pretty sure that was the point when she decided to take me to a psychologist, then the ER (where I talked with G-d briefly) and then the mental hospital.

I’m not really sure why I’m telling you this. Maybe because this is a blog, and that’s what you do here.

But, of course, that’s not really how it works, right? This is something I haven’t written about ever, something I talked about a lot shortly after it happened and then learned to shut up about.

So why am I writing about it?

I guess there’s been a lot of talk about tragedy and trauma recently in this blog.

And I guess sometimes you can try to explain things a million ways, (that life is about learning from the past and not letting it define you, while also allowing it to be a part of you) but sometimes you just need to say why you’re saying those things.

See, I remember sitting in that mental hospital, with victims of incest, a man who had been to jail and heard voices, a man who was recovering from meth, a woman who had been abducted and abused at a young age and had never seemed to recover, and others with similar stories.

And I remember how shortly after that, I started seeing the people around me begin their process of recovery.

The meth addict became my best friend. We talked every night.

The guy who had been to jail became a big teddy bear.

The woman who had been abused had looked at me at the exact moment I was wondering if I would ever be an adult, and said, “You are an adult. You are a grownup,” then stood up and walked away.

And then I remember leaving the hospital: my slow recovery, my hard work, and seeing my therapist week after week.

And I remember how I started to build another, stronger, life. How I reconnected with my Jewish identity and went to Israel and started to write regularly, and then came back and then got married and then had the most beautiful daughter in the world… and have another one on the way. Plus a blog I love, a job, and a life…

A life, for G-d’s sake, a beautiful life.

And I want to tell you that this is why I write here.

I write here because I want you to know: every situation, no matter how grim, is a chance to become stronger. A chance to grow. And even if it was beyond traumatic, our past shapes us but doesn’t define us.

I want you to look in your heart, and I want you to see that even if you haven’t reached perfection right now or tomorrow or the next day… and even if you’re in a dark pit… or you’re lost in the gray sun… or you’re just struggling with normal day to day stuff…

And even further: if we all work together to help each other grow, if we give each other encouragement, if we form a community that believes in positive self-growth, if we stop complaining and start growing… imagine what a world we could build.