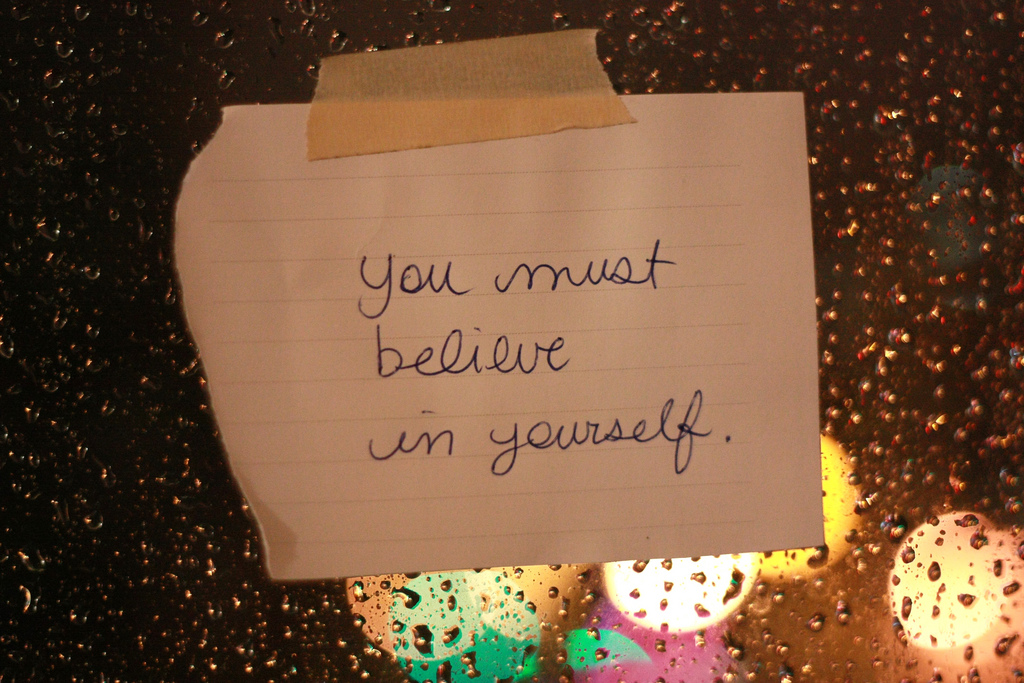 A few years ago, I started a website called OurBipolar.   The website was meant to be a social network for people with bipolar disorder.  And for a short while, until I left for Israel and wasn’t able to watch over it, it was pretty popular.

It was fascinating running that site.  I had this perspective that few people get to have of a community of people.  Sort of an “eye in the sky” position, in which I could see patterns of interaction and common ways of thinking.

I loved running the site for the most part.  But there was one thing, one thing that kept bothering me when I was working on it.  Something that still bothers me when I peruse the various online communities for people with mental “illnesses”.

There would be people who would talk about their bipolarness as if it was a machine they were strapped into that was controlling their every movement.  They would say things like, “Well, I just went out shopping and spent all my money and lost it all.  It’s all because I’m manic!”

Now, don’t get me wrong, I sympathized with them, and I understand that for some people this could be a stage in their growth.  There’s no question that being manic or depressed can affect our actions.  My problem was with how they spoke about these issues.

It was clear to me that for some people this attitude was a way of living.  Their bipolar wasn’t something they managed, but something that managed them.  They had given up their own agency for a power they believed this state of mind had over them.

At the time, I had been fighting for control of my mind.  I had seen just how dark life can get if bipolar isn’t managed correctly because of an episode that had led to a near death experience, and I knew that I could never let that happen again.  With the help of an amazing psychologist, I was on the road.

And that’s why it pained me to see people acting the way that they did on the site.  They did have control (or they could, at least, if they worked at it, step by step), but for many of them, having bipolar meant letting go of that.  Which was the opposite of growth.

Being a blogger is just like managing a social network.  You view things from this “eye in the sky” where you can again view a community building in front of your eyes.  And even more fascinating, you start to see how the communities that are around the web work.

The more I blog, the more I’ve seen a pattern.  A pattern that I thought only existed in the mental health world.

More and more, it seems, there are pockets, communities, of people who believe that they have no power in the world.  That they are victims.

In these other communities, victimhood is defined based on whatever identity they have claimed for themselves.

The most obvious examples are civil rights communities.  People who claim to be continuing the work of those who fought for the rights of women, people of color, gays, etc.

There are, no question, so many amazing people doing great things to help provide their communities with the fair treatment they deserve.

But there is something else happening.  Something people don’t seem to realize.  Something that is being mistaken as a part of fighting for those rights, when in fact, it is the exact opposite: it is glorified victimhood.

It takes many different forms: When people in these various communities start competing over who is more discriminated against.  When people talk more about how the world has treated them and their people unfairly.  Etc.

These are people whose identity seems to be their cause.  People who are seemingly the most ardent activists.  The people whose entire lives seem to be wrapped up in these worldviews.

These people all have one thing in common: they believe their lives are completely controlled by external forces.  They believe that everything, good and bad, that has happened to them, is because of something outside of themselves.

This is, of course, not limited to liberals.  You can see it just as much with the conservative folks who think everything wrong with the world is those whacky liberals, or crazy Muslims, or the biased media.  No problem starts with them, every problem originates outside.

It’s also prevalent with people who leave their religious communities: they see every problem they’ve ever had as being the fault of their community and their religion.

And, of course, it can be just as true with people who become religious.  They blame everything from their past lives on what was wrong with them, hoping religion will fix it all.  And when it doesn’t, they become disillusioned.

When we look outside of ourselves to find out what’s wrong in our lives, we miss all the things we could be fixing within.  We don’t realize how much power we have over our own lives.  We give up our strength for an identity of victimhood.

It’s so sad to see.  So sad, because I remember what happened to those bipolar folks: nothing.  They didn’t grow.  They didn’t improve.  They were stuck.  Until they accepted the power they had as people to change their lives, they couldn’t move.

And the same is happening in these other communities: the more people fight and fight against the external forces in their lives, the more they identify themselves by victimhood, and not by personal strength, the more their lives stay stagnant.

We live in a confusing world.  A world where two people that seem to be fighting for the same cause can actually be living opposite lives.  The most passionate believer can in fact be the emptiest shell of a person.  The more moderate can be the most fulfilled, the most able to make real change through realizing what they do and don’t have power over.

Our job as humans is to see beyond those external identifiers and realize that life isn’t about some identity we’ve chosen for ourselves, or some external force that has endless power over our lives.  It’s so much more.  It’s so much deeper.  And at the end of the day, the only real power we have is over ourselves.