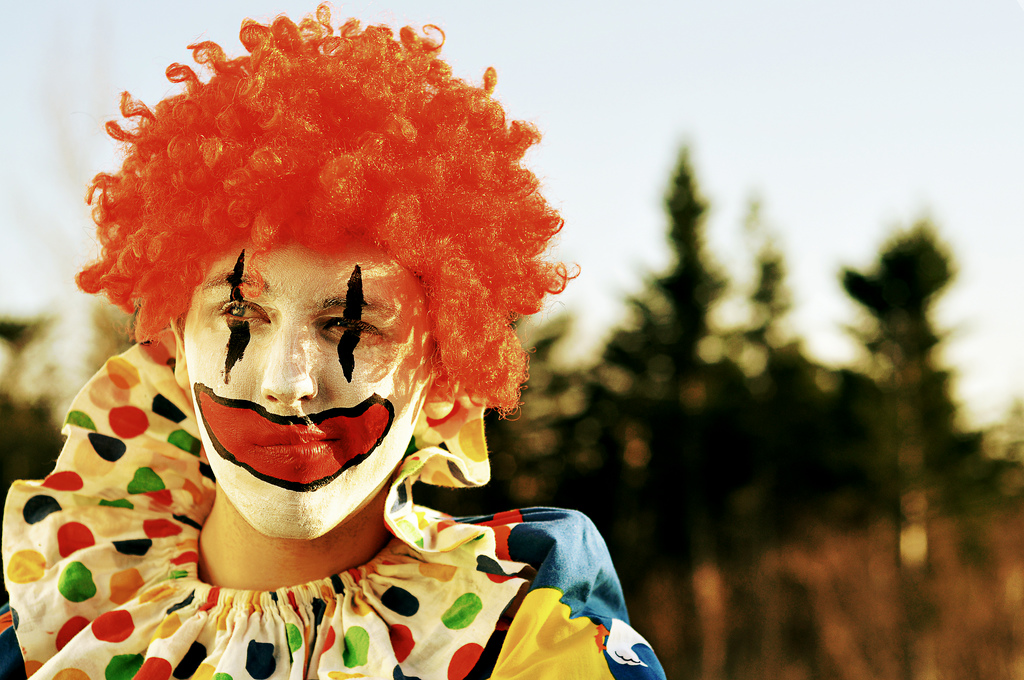 Especially the kind of blogger I am, the kind that talks about his personal life, travails, the ups and downs of life. I’ve talked about my near death experience, the time my daughter had a seizure (where I revealed my panicked fear of death), and I’ve been quite open about my bipolar “disorder” diagnosis.

So when someone meets me who reads the blog, they know all about me. They know about my deepest moments, my biggest fears, they know about so many significant moments in my life, the moments I, ironically, hardly ever share in a face to face setting.

What fascinates me about all this, is that you think people would “get you” if they read so much about you. You’d think they’d be able to relate to you easily.

But the funny thing is I usually get unbearably awkward when I meet someone who reads my blog. Some part of me feels like I should be super-friendly, but I can’t seem to muster it up any friendliness, and instead I just smile and nod at a first meeting.

Part of the awkwardness is that this person knows so much about me, and I know practically nothing about him or her. It’s hard to relate to someone you hardly know, and when they think they know so much about you, it makes it even harder.

But I think there’s also something else that happens.

See, this is the thing. As a blogger, a writer, someone who shares himself on the net, for basically anyone to just come in and comment, or argue against, or support, or defend, or cry along with… the thing is, I still hide so much.

There’s this assumption that when someone tells you about these deep, dark moments of his life, that means that you know him. That you have some kinship.

Because truly, how much can writing really show? How much can I really reveal in blog posts published only a few times a week?

And so people think they know me, because they see this deep, feeling part of myself.

But what they don’t realize isn’t just that I’m hiding things. They’re missing the most important element of all.

This is all just a performance.

Yes, it’s true that I talk about my personal life and my thoughts and my dreams and my heartbreaks.

That’s why I always find it funny when people assume that a celebrity or a writer or a musician (or any other person who is by the vary nature of their work a performer), is a good person or a smart person or a deep person.

Because at the end of the day, these people are simply showing the sides of themselves they feel comfortable sharing. You don’t know the whole story. You’re an outsider, and you’re only getting a peek. A filtered peek.

And I suppose that’s why I get awkward when I meet a reader. Because they don’t really know me. They’re not privy to all my faults and weirdnesses and screwups. And so I feel like I have to live up to the performance I’ve been playing out for everyone.

As time has gone on, and the blog has evolved, I’ve learned to kind of play along, because I think that’s what people want. I kind of shrug to myself and think, “Okay, well, I might as well play the part. Sure, I’ll act like I act in the blog. Emotional and a bit nuts with a bit of sappiness thrown in.”

And so I go on living that when they talk to me. When someone contacts me, I just act like the blogger they’ve read, and whatever, that’s me. When I’m around my friends, I screw around more, I pretend less, I’m not putting on a show. But with other people, I’m a different person, just because that’s what’s expected.

At first this was a tad depressing to realize. My whole blog was about being genuine! About being honest! So not only am I realizing that the whoel blog is really just a performance, I’m also starting to perform around people now too! I’m a big fat faker, just the opposite of honest! Bah humbug.

Yes, and that’s how it went for a bit, living this sort of cognitive dissonance life. What choice did I have? It was all a performance, I thought, and as long as it was for a good cause, if I was elevating the world with my writing and helping the people who read the blog, then what did it matter?

But as time moved forward and my performances continued, I noticed something. Something weird happening.

I was enjoying my performance. I had always enjoyed the performance of the blog, but now I was enjoying performing to the people I ran into who read the blog, or the people that sent me the message. I liked this persona, this person who didn’t joke around as much, and who was more sappy and emotional and open and raw. I liked being a person who could admit that he cries whenever he gets the chance, who will talk about art whenever he gets the chance, who is a soft, pudgy enthusiastic blogger.

The truth was, I had always tried to write honestly, and that honest writing led me to “perform” by showing the sides of myself I most wanted to show to the world.

But the truth was those sides were the ones I was most scared of showing. And so they had become the things I hid the most. Whether in yeshiva or college or high school or living in a community with a wife and daughter, I was aware that this was a world where being an emotional, sappy man was not so acceptable. And so I reserved those sides of myself for… myself. And my wife. That was it.

The blogging allowed me to reveal those sides for the first time in a very public way. In a way where I could keep a distance from the people looking at me, reading my words, and just focus on showing those sides.

And so… as time has passed, I’ve realized that really… all this “performing” on the blog and with people who read the blog… it’s really the first time I have been living the way I was really meant to. I’m revealing those sides of myself because they are who I really am.

I’ve come to the conclusion that, at the end of the day, we’re always performing. We’re all actors in the stage of the world. The only question is if our performance reflects our best qualities, or if it is a performance whose sole goal is to hide our souls from the audience.

Pop Chassid has helped me realize that for much of my life, I’ve been hiding the parts of myself that I consider the most valuable. Which is sad. But that’s life. And so many of us are doing the same. But Pop Chassid also helped remind me that I had those qualities and that they were going to be the only way I was truly going to succeed, to change the world around me in a true way.

So, if you message me or run into me after reading my blog, understand this. You are watching a performance. But it’s the best performance I’ve ever given. Thank you so much for forcing me to do it.