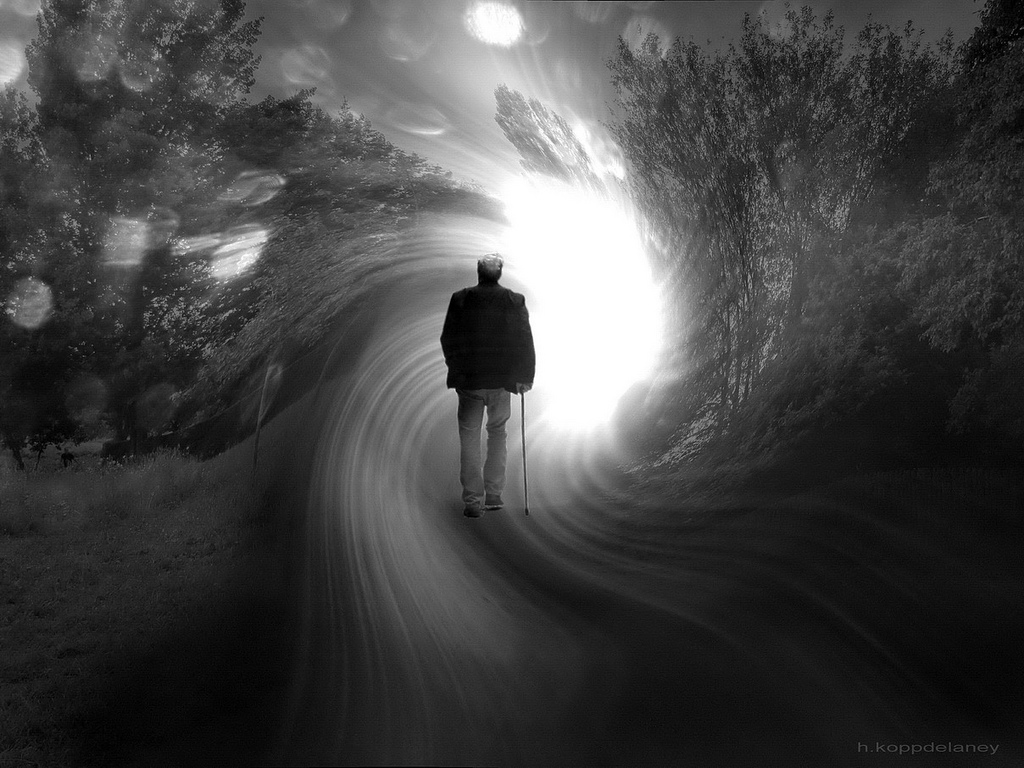 At around 7:00 PM on Thursday, I was laying in my bed, relaxing and watching a show on Netflix. My wife, Rivka, was washing my daughter, Tanya, in the bath.

And then I heard my wife’s voice. It sounded panicked.

Usually, if Rivka says something indicating she’s worried about Tanya, I don’t worry right away, I wait for the facts to be figured out before I try and draw a verdict.

But this time, there was something in her voice, something that told me this was different.

And so, when she ran in with our daughter on her shoulder, wrapped in a towel, I was already up, my heart racing.

At first, it seemed like a normal scene, my wife holding my daughter, who seemed to be resting on her shoulder.

But then I saw my daughter’s eyes.

They were vacant, like she was looking far, far away, into some unknown abyss that was beyond me. And her mouth was slack, as if it had no ability to move on its own, as if it was being shaped by the world around it, instead of by its muscles.

I don’t remember if Rivka was saying anything at that time. I just remember being overcome with a sort of terror, a fear I had never felt before. It was purely primal. I began calling out Tanya’s name.

I touched her shoulder. It was cold and didn’t respond to my touch. She kept staring ahead.

Again I yelled her name. This time loud, so loud she would have to react.

My wife tried to shake her awake. Nothing.

In that moment, a million thoughts flashed through my mind at once. I had never seen a person in this state, and I could only imagine what was wrong with her. For a brief second, the thought that we might lose her flashed through my mind, I couldn’t take it anymore, and I called 911. I ran out of the apartment, illogically trying to find someone who could help me. Behind me I heard my wife calling out my daughter’s name with a shaky voice. 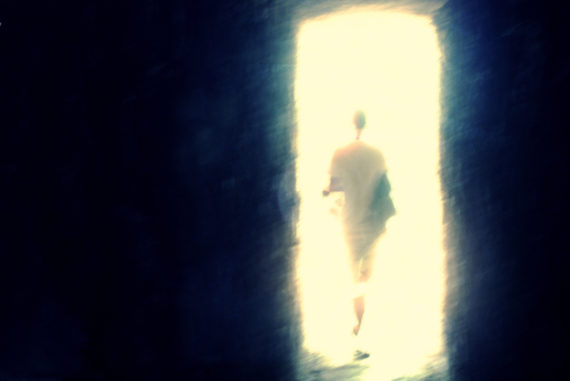 I called Hatzalah as well. In a few minutes, I heard sirens and breathed a bit easier.

Then Rivka told me Tanya had just thrown up. My heart almost lept out of my chest in joy.

As I heard the EMT’s make their way into the apartment building, I saw my daughter slowly gaining conciousness, looking around, dazed… confused… but alive.

After hurriedly explaining everything to the EMTs and Hatzalah, and as Tanya slowly revived, they explained to us slowly, calmly, that our daughter had most likely suffered a febrile seizure.

A febrile seizure occurs when a child, usually a toddler, has a fever that comes on very quickly. It happens to about 1 in 25 children, and is fairly harmless in the long run. Only 1 in 95 or so of children will suffer further problems. But as all those silly clinical descriptions will say online, it is “scary” for the parents. Especially if those parents, like us, have never heard of such a thing.

I remember when we took the ambulance together; Tanya, Rivka, me. I remember Tanya fighting when the EMT tried to put this thing on her finger to measure her oxygen level, and I remember how much joy that gave me. I remember how when we got to the hospital, I looked down at my daughter and just felt this gratitiude, this immense joy and fear at the same time, because of what I had just witnessed. How I saw a look I hope never to see again on my daughter, and how she had quickly come back to life, and how beautiful she was now.

It was the scariest moment I have ever experienced, and while I have been able to pull myself out of that moment of fear, something from that moment has stuck with me.

The look my daughter had when she was just so gone, so lost, so far away.

You see, I used to have this fear, a fear that would give me panic attacks.

And then, as those thoughts flashed through my mind, my whole body would shake, from my feet to my head, everything would shake, and I would have to get out of bed, and I would walk back and forth, and I would try and think about something else, and, in the end, I would usually read a book, or talk to my parents, or use the computer, in order to distract myself. Slowly, the thoughts would disappear, and I would be in my own world again, distracted from the thoughts. Until the next time. 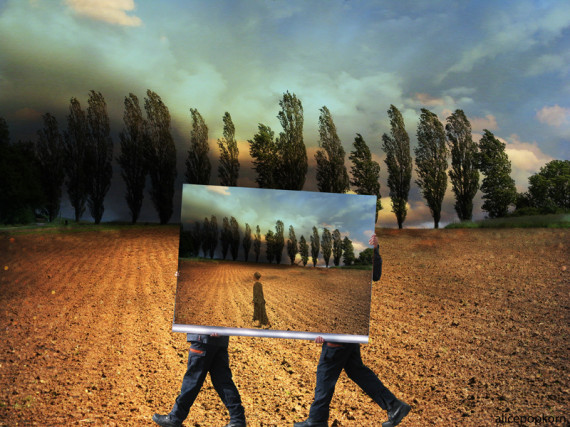 Even as I grew older, these panic attacks would happen to me, albeit much less often.

But then, when I was twenty years old, I had a NDE: a near death experience. I’ll describe that another time, but the point I’m bringing here is that ever since then, I never once experienced another one of those panic attacks.

Until two nights ago.

Two nights ago, I was going over that sight of my daughter in my head. I was imagining it, and the fear that came with it, and then I imagined her gone, and then I started thinking about what that would mean, and then I thought about death, and all the old thoughts came back to me.

Soon, I was up again, running out of the bedroom, into the living room, pacing again. Trying to distract myself again.

And I remember as the fear started to dissipate, and I started to forget the thoughts again, I stopped myself.

I said to myself, I need to look at this thing. Need to examine it.

And I remember, how, for the first time in my life, I really thought about death. Thought about the people around me dying, about myself dying, about how my daughter looked, how that soul, that beautiful vibrant soul that inhabits her so fully, was suddenly gone on Thursday.

And, for some bizarre reason, my thoughts turned to the idea of Moshiach (the conception of a Messiah).

The concept of a person coming into the world and turning it inside out so that we will all live happily ever after was always the hardest concept in Judaism for me to accept. I understood this idea that, sure, the world sucked and we need to fix it and all that.

But to suddenly live in a world of G-dliness? Something about it scared me. This world, with all its problem, is comfortable. But to live in a world of perfect revelation would mean that all this stuff I’ve been working on, my work, my struggles, my life… would all be transformed, and some of it would even disappear. Including Netflix. I didn’t really want that.

But when you’re in the hospital with your daughter, when you’re imagining that look on her face, all those concerns, all the Netflix you ever watched, suddenly erase. And you realize just how meaningless those desires, those distractions are. They become nullified to a higher truth: that this world is so much more, so much deeper than our lives. That my hopes for getting promoted at work, or getting more readers on my blog, or of finding out what happens next on my TV show are so incredibly meaningless as to completely blot out of existence when faced with the concept of death, of infinite, of being forever blotted out of this world, of the ones we loved slipping away into another dimension.

And as all those realizations hit me that night, I finally realized why I should desperately want Moshiach. And why I shouldn’t fear death.

Far too often, we want a world of comfort. We want to distract ourselves from what matters, because to acknowledge what matters is an acknowledgement that we are far from that meaning, that we can hardly conceive of it.

And so we pursue these physical comforts, whether they be our careers or TV shows.

Desiring Moshiach’s arrival means acknowledging that you don’t want to be distracted anymore. That you want to live a life of meaning at every moment.

It’s an acknowledgment that money, blog readers, that fame, prizes, academic achievements, TV shows, and everything else, are meaningless in and of themselves. It’s an acknowledgement that what we think of as life isn’t anything except a gateway to something deeper, and that death doesn’t take us away from that meaning, but actually brings us closer.

Because looking at my daughter’s face on Thursday, watching her revive, breathing that sigh of relief, and feeling everything except what mattered disappear, made me internalize the most important fact of all: life isn’t about anything except the meaning underneath it.

Please G-d, let us see it all immediately.