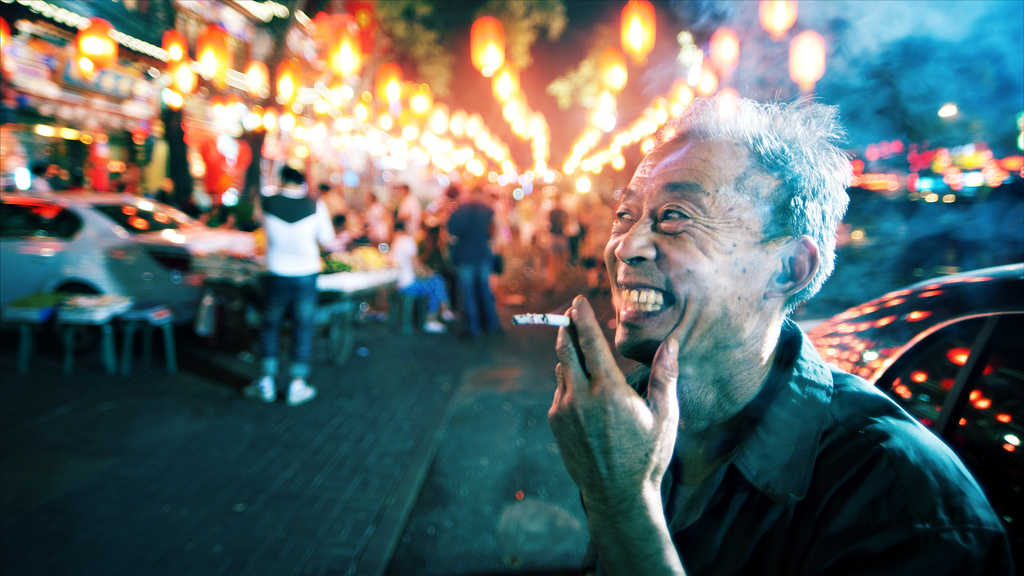 Mere enthusiasm is the all in all! – William Blake

Hi.  My name is Elad Nehorai, and I am an enthusiastic blogger.

I recently wrote a blog post over here attacking what I considered to be “cowardly” Jewish bloggers, the kind that use easy targets to increase their hits and egos.

I got a lot of feedback on that post, but one of the ones that most struck me was actually from a personal interaction.

A critic of my blog (to put it mildly) accused my blog of being “just another positive Jewish blog.”

At the time, I considered the attack slightly silly and brushed it off.

But after a few days, I noticed that this criticism was still ringing in my head a bit.  Whispering to me, “Elad, you’re just another one of those feel-good, do-gooder types.”

And I realized, after some thinking, that what bothered me about the accusation wasn’t that I was worried I was one of these “only-positive” folks, but the assumptions that seemed to underly the attack in the first place.

See, there is this contingent of the world, a contingent that isn’t limited to just the Jewish blogging world, that thinks that to be intelligent, to be ethical, and to be moral, we need to criticize.  Not just criticize, but to fight.

Now, I’m not against fighting, as my blog post about the cowards made pretty clear.  Sometimes we gotta fight.

But there is this worldview, this way of looking at things, that is completely focused on the fight.  The criticism.

These people think that their critiques are a hard-headed way of looking at things.  They think critically, they doubt, they interpret, they balance against big sources.  They think that the way to look at the world is only through facts, figures, analysis, deconstruction.  And they think anyone that works in a different way is just a big old softy.  “Just positive”, as my friend wrote.

These people believe that change only happens when we focus on the wrong of the world and fix it.  They’re the types that like to point out fallacies and every little thing the person they’re criticizing is doing wrong.

What I do believe, though, is that this hardened shell of a life that those folks want to push on us, is not the way we were designed to live as humans.

Humans are soft and pudgy by nature.  The western world has taught us to hide our bellies, but in most other cultures, they wear them proudly, allowing themselves to breathe naturally.

We can’t just be logical, we can’t just be fixers, because it turns us into animals.  Turns us into base things that are only looking to fight and destroy that around us.  We turn into hard, empty things, that only see what’s wrong with the world.  When logic is all that exists in our life, we start to forget to treat each other with love.  We forget that someone being wrong doesn’t make them our enemy.  We forget that mistakes don’t define us.

Now, people may think this is just “positivity” I’m arguing for, but it’s really not.  What I’m arguing for is a softening of our hearts and minds.  I’m arguing for us to accept our emotions, embrace them, love them.  To stop being cold, calculated animals.

And, while there are times we need to fight, these are meant to be the exception.  We fight because we have to, not because we want to.  And, unfortunately, some have forgotten this simple fact.  If they won their fight, they would be disappointed, and would move on to find another fight, hoping never to succeed so they could fight into perpetuity.

Despite what some may think, becoming Jewish did not turn me into a propaganda machine.  It simply helped give words and refine this truth that I had already seen play out in my life.

The biggest truth that I’ve discovered since writing this blog and seeing the reactions to this worldview play out is that the people who so often try to be these cold, logicical, critical creatures really are the most controlled by their emotions.  Because they want so painfully to believe they can turn themselves into machines, they end up not realizing when bitterness, anger, pain, is controlling the way they think and function.  They don’t realize that they are anything but logical.  They don’t realize that really, their logic is just the way they’ve started to justify their dark emotions.

And while they’re arguing for all of us folks to start thinking coldly, they’ve turned into hot furnaces of hate.

And that hate and anger is destroying them, whether they realize it or not.

That is why this blog exists, among other reasons.  To melt you.  To soften you.  To remind you that you’re really just a pudgy fool that wants to think about spirituality and about your soul and about G-d.  It exists to remind you to cry, and to laugh, and to embrace yourself in all your absurdity.

In the end, as we all realize this truth, the more in control we become over our logic.  The more intelligent we become.

And the more we are able to really fix things.  Because of instead of being only focused on the fixing, we’re focused on the beauty and light of the world, and learning to help it brighten, rather than constantly trying to punch the dark.