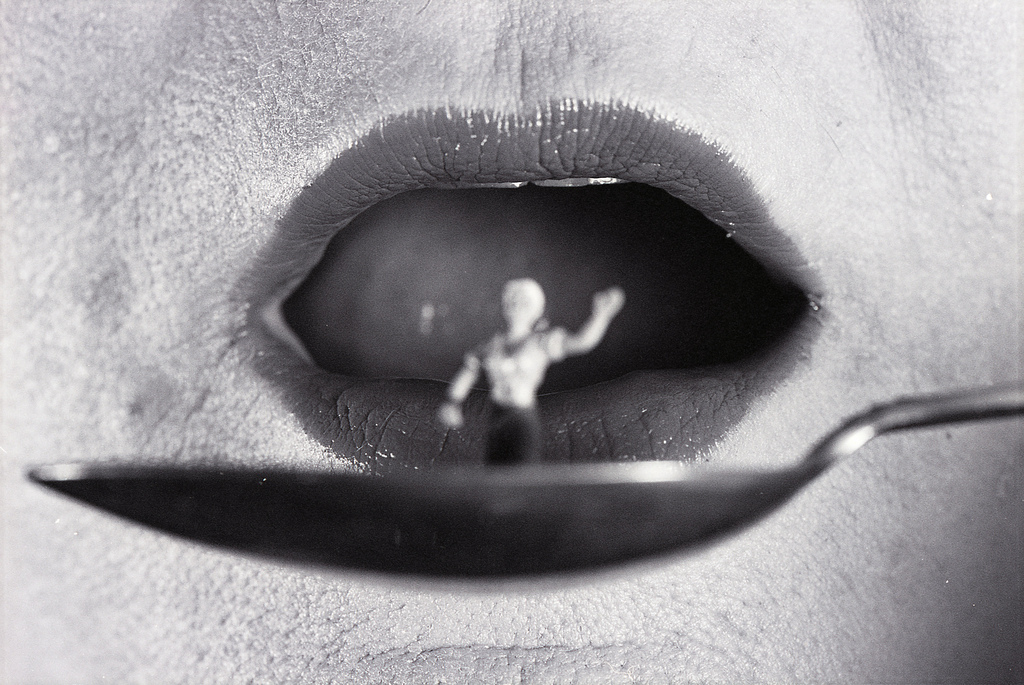 When a Hasidic Jew is caught wearing a plastic bag in a plane, they’re there.

When a group of anti-internet Jews gather in a stadium, they’re there.

When Jews in Mea Shearim wear blurry glasses to help them avoid eyeing the ladies, they’re there.

The Easy Target Brigade, as I’ve come to dub them, are the Jewish writers, bloggers, and news outlets that consistently attack orthodox Jews doing ridiculous things.

Often, these folks are branded as heroic.  As fighting for just causes and rationality and other generally nice sounding things.

Why?  Let’s take the Hasidic Jew wearing a plastic bag on a plane as an example.

A few months ago, a Hasidic Jew was captured on camera wearing a protective sheet of plastic over himself on a plane.  This image instantly became an internet sensation.  Its viral origins were on Reddit, but it eventually spread to places like the Huffington Post and Gothamist.

Eventually, it became clear that he did it because some rav somewhere told him that since he was a Cohen, he needed to do whatever he could to avoid the possibility of coming in touch with the impurity of dead people.  Even in the air.

Throughout this whole saga, the Easy Target Brigade swooped in whenever the opportunity arose to attack, “condemn”, and generally malign this fellow.

This Hasidic Jew, one out of thousands of other Hasidic Jews who travel on planes and never wrap plastic over themselves, was a perfect target for the Brigade.  Why?  He had the two elements that make a perfect “easy target”.

No Hasidic Jew that is wrapping himself in plastic is sufficiently equipped to respond to bloggers or even news outlets.  The dude has surely moved on with his life, uninterested in the secular world’s judgment of him.

2.  He was being obviously ridiculous.

It’s nice to have somebody that won’t fight back, but what is even more important to the ETB is someone (or someones) that everyone in their audience feels equally angered by.  This person represented something everyone in this camp loves to attack: the silly Hasidic Jew whose extra religiosity makes him (in their eyes) a fanatic.

The advantages of attacking those who can’t fight back, and going after someone everybody agrees is wrong are huge for a blogger or news outlet.

First of all, the topics like the man in the plastic bag and the Asifa are hot topics.  They’re topics that boil people’s blood, and that they love chatting about on social networks.

So, by picking to write about these topics, these bloggers are guaranteed success.  They could just write a title like, “Why The Asifa Is Stupid!” or “Ultra-Orthodox Jews Wearing Glasses To Blur Women?  What?!”, attach a picture, and literally fill their article with gibberish… and they would still receive at least 100 Facebook shares.

Secondly, since the targets can’t fight back, there is no one left who is interested in challenging them.  Even the people that have a problem with the way the ETB write don’t want to be seen as favoring people with bags over themselves or anti-internet.

Thirdly, if no change happens, if they don’t accomplish anything with their writing, they aren’t blamed.  Because, well, what do you expect from the fools they’re attacking, right?

And so these bloggers are hailed as heroes.  Fighters for justice!  Warriors!

And of course, they’re anything but.

It’s possible that, in theory, they hope that their writing might actually make some real change.  Maybe they went into this whole thing with starry eyes and hopes of transforming the world in which they saw so much darkness.

But instead, they’ve allowed themselves to be taken in by the social media bubble.  The world of onlookers and cheerers-on who applaud every low blow, every easy attack with cheers and whistles like audiences in Roman gladiator matches cheering for the easy death of the weakling.

Like vultures, they circle their easy target and swoop in while the maggots get their own bites in the meantime.

The interesting thing about all this is that it reveals our own fractured culture in sharp relief.

For example: when a radical Muslim blows up a building, other Muslims are quick to argue loudly and strongly that terrorists don’t represent all Muslims.  They point out the billions of other Muslims leading healthy, normal, non-explosive lives.

And rightly so.  Bravely so.  Hurrah hurrah, good for them.

When certain Jews, or groups of Jews, do things everyone condemns, big or small, fanatic or otherwise, very few Jews stand up in unity.  Instead, the Easy Target Brigade dominates the headlines, further reenforcing the idea that there are “sicknesses” and “viruses” in the Jewish community that must be eliminated, and oh G-d, we’re all in danger.

That’s not to say, of course, that we shouldn’t all try to change things, or that there aren’t problems in the religious community.

But what these folks are doing is creating a bubble of agreement.  Their audience is people that have no ability to enact change because anyone with that ability is ostracized and maligned by them.  If you aren’t an EBT, you are considered one of “them”; the enablers.

And so their cycle of ineffectual arguing stays closed, not changing a thing, and, in fact, making things worse.  Further dividing people.  Further enforcing a world of “us and them”.

That’s not bravery.  That’s not fighting for justice.  It’s a vacuum.

The Jewish community deserves better than the cowards.  Here’s hoping that more brave bloggers and writers come to fore.  Writers that know that change happens by affecting people from the inside and not the outside.  That are interested in creation and not destruction.  That know you can only fix the wrongs in communities by bringing people together, not breaking them apart.

The only way we’ll beat the EBT is with a different brigade.  A bigger, stronger brigade.  A brigade of unity and ahavat Yisrael.

May the day come soon.