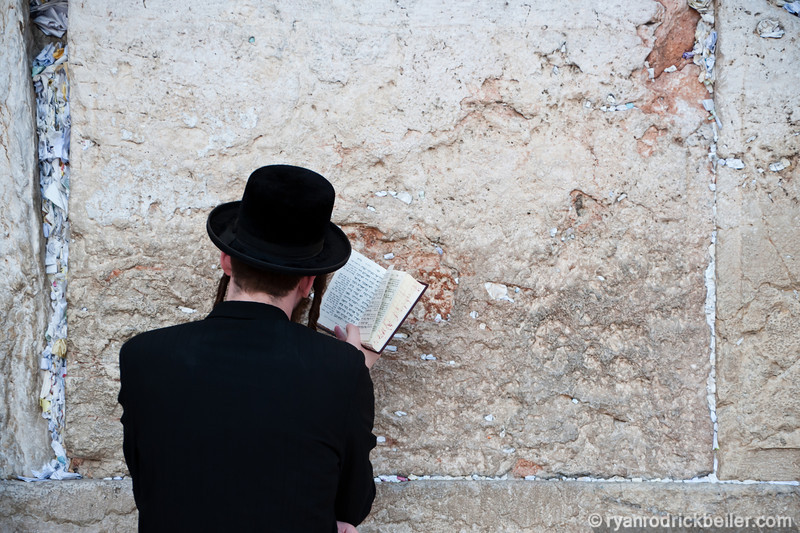 Recently, some articles have come out reporting that some Hareidi or “Ultra-Orthodox” Jews in Mea Shearim, the most religious area of Jerusalem, have started selling glasses that blur their owner’s vision. The goal, apparently, is to help men who might be tempted by women dressed immodestly on the street from looking and seeing what they shouldn’t.

Since the report was released, website after website, and blog after blog, has picked up this story. Almost all with a certain mocking tone. Many with angry under and overtones. Many sarcastic.

The super-crazy-frummy-religious-folk are frequently the target of media skepticism and attacks. But what separates this parade of attacks is that usually the hatred and anger is hidden behind a guise of worrying about others’ welfare. For example, the very real issue of sex scandals rocking the United States ultra-orthodox community, and the gangs of Jews policing modesty in that same community of Mea Shearim, are topics frequently discussed and criticized in popular culture. Usually, these stories are capitalized on to attack the wider religious Jewish community.

But now, people who, no matter how ridiculous their methods, have chosen a path that hurts no one (except perhaps themselves), are being attacked. Mocked. Virtually spit on.

Why? Not for any good reason. They’re not hurting anyone. G-d knows, it was probably one dude’s idea in a shop that some journalist heard about. But even if it’s more widespread than that, who cares?

Even more importantly, why do we find it so amusing? Why is the fact that men are so aware of their fallibility that they have gone out of their way to respect women suddenly seen as a bad thing?

Here in New York City, women are constantly subjected to cat calls, whistles, and much much worse, by men who have no such qualms.

And now, in Jerusalem there are a group of men who have chosen to disable themselves so that they would never do that to a woman.

Instead of some thoughtful introspection about our society, the blogosphere has chosen a different path: attacking those who are different. Attacking a group of people who can’t stand up for themselves because they don’t have a PR team, and a bunch of people calling journalists to complain.

But what we all need to focus on here is not what we may be confused by, but what within ourselves is allowing us to allow such unfiltered hate to seep through. Instead of looking at the differences between people with respect and warmth, or at least indifferent tolerance, these people are being pushed around. Sometimes when I read these articles, I have an image of people throughout history pushing Jews around and pointing out their silly side curls and beards, and I wonder if there’s any difference.

So, all you promoters of tolerance, can you answer this? Why is it okay to hate these people because they lead a different life than yours? And what is it that you find quite so objectionable and worthy of hate, mocking, and anger?

Until anyone can answer these questions without resorting to dirty attacks of an entire people, I can only assume that hatred against ultra-orthodox Jews has become mainstream.