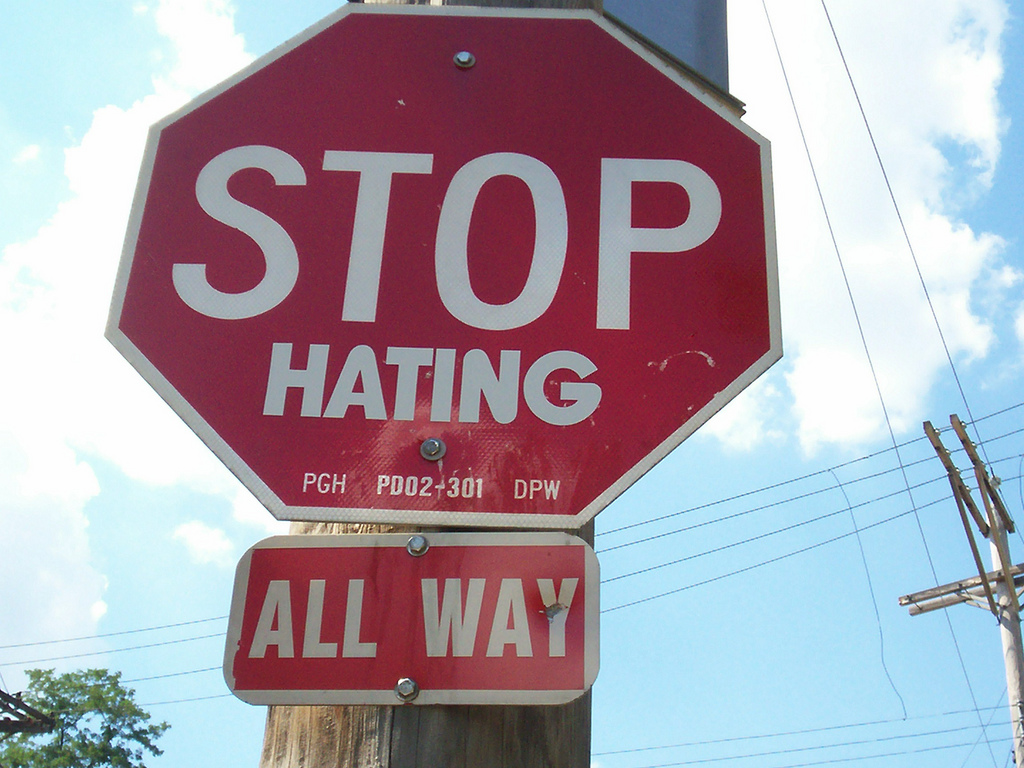 Hate is hate when you are against gay marriage and you use that belief as an excuse to beat up innocent people, to kick your child out of your house, or worse.

Hate is hate when you are for gay marriage and you use that belief as an excuse to create more hate, more division, more anger.

Hate is hate when certain Hareidi groups attack others for not being quite as religious as them.

But hate is also hate when just about every other left-leaning publication continuously slander the Hareidi community by publishing only mocking and negative articles and painting all Hareidim as one big blob of people, rather than individuals.

It’s tiring to constantly hear the anger of “sides” as they demonstrate why they are right and the others are wrong. Not because it’s wrong to debate, but because the debate is so obviously skewed. People aren’t interested in debating issues, they are interested in expressing anger and hate.

Unfortunately, it takes extreme moments to remind people that there is a difference between justified anger within and hatred without. Like the Tablet’s recent publication of an article that accused Elie Weisel and other Holocaust survivors of being “villains masquerading as victims”. Suddenly people were up in arms.  Why is it only the Holocaust that makes people realize this?

And, of course, even that article became an excuse for more hate. 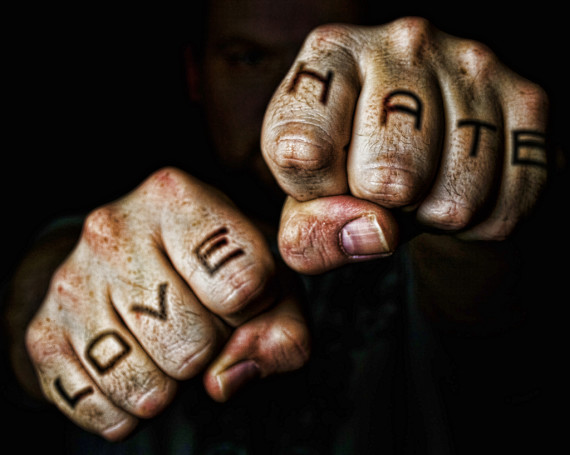 The problem is that most of us are still caught up in the labels. Still yelling at each other for eating Chick-fil-A, or for believing in something we find objectionable, or for being hateful.

The ultimate excuse these haters like to make, of course, is that the people who hate deserve hate directed back at them.

This reminds me of this kid I heard on the train trying to justify his starting a fight at school to his mom by saying, “I do respect! I respect the people that respect me! But if people don’t respect me, they better watch out.”

That’s the problem. When we try to justify our hatred by pointing out the hatred of others, we are acting like a nine year old kid who likes to pick fights.

As a Chabadnik, I hear this sort of self-justification often. When a frum people make videos accusing us of all sorts of ridiculousness. When secular Jewish publications clump us with every other Hareidi group in the world. When Chabadniks themselves, usually baal teshuvas, decide to level hate against Mishechists (those who believe the Rebbe is the Messiah).

Hate is hate, however you try to justify it to yourself. You could be 100% right, and every word that is coming out of your mouth could be a thing of beauty. But when you are feeling hate in your heart, that hate comes out and it effects others and poisons the world. This only increases the level of hate in the world, and even if you “win” your battle, by whatever measure you define it, you’ve still lost the war of truth and unity.

It’s time we stop focusing on the superficial divisions and look at what’s really dividing us.