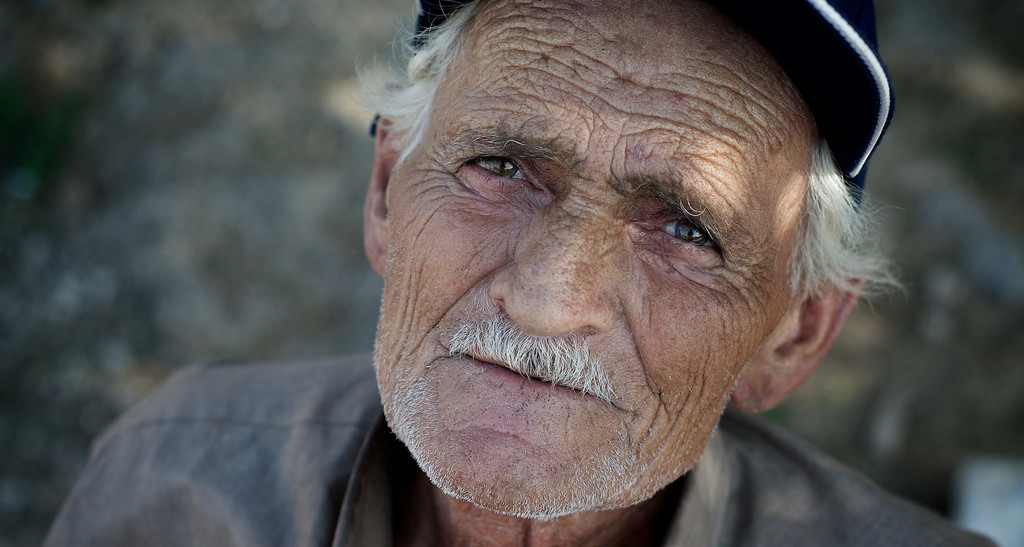 It was 4 AM.  My wife had given birth to our second beautiful daughter a few hours ago, and the car service was dropping me off at home.

As I got out of the car, I asked the driver to wait for my mom, who was going to go stay with my wife for the rest of the night.  I closed the door behind me, exhausted.  Ready to go to sleep for the two or three hours before my oldest daughter would wake up.

That’s when I heard it.

Hello!  Buddy! would be how I would loosely translate that from the original Hebrew.

I looked over.  Not that far away, an older, larger, Hasidic man was standing on the corner, suitcases strewn next to him.

“I just got here from Israel,” he told me in Hebrew, “And I don’t have a place to sleep.”

Now, if you don’t know anything about the culture in Crown Heights, let me just explain a few things.  First of all, Jews from all over the world, but especially Israel, save up money to come to Crown Heights during Tishrei, the month of Rosh Hashana, Yom Kippur, and Sukkot.  They did this when the Rebbe was alive, and they continue to do it.

And also, it causes absurd situations like this to happen.

He looked at me with this sort of desperate face and said, “I just flew for hours from Israel and you’re going to leave me here?”

This was so Israel.  So pre-Tishrei in Crown Heights.  A man makes no plans for himself before his arrival in America, waits on the corner of the street for someone to walk by, and asks to stay at their place at 4 AM in the morning.  And then when he asks for a place, he practically demands that you let him into your home, shocked that you would turn him away.  Part of me loved the insanity of it.  But the other, normal, part of me wanted to go to sleep, undisturbed for the little amount of time I had left.

He saw me hesitate.  That was it, he knew, just like a hocker in the shook trying to sell his wares.  He had an opening, and so he kept pushing.

I wanted to get out of here I, I wanted so badly to just say no, to just turn him away like I have trained myself to do when one of the homeless Jew-folks demand more money from me after I already gave them some.

And so there I was.  Standing there, knowing this was absolutely ridiculous, knowing the right thing, the smart thing, to do would be to turn him away.

But then, seemingly out of nowhere, something flashed through my mind’s eye.  It was my Chabad rabbi in ASU.  I remembered how often he took me into his home, both spiritual and physical, and fed me.

Then I remembered a rabbi in St. Louis.  If it hadn’t been for him, I would have completely missed Shavuot.  I had walked aimlessly into a shul there, not sure what I was doing, and he immediately grabbed my hand and asked me my name, and spent the night studying with me, then let me sleep at his home for a few hours when the praying was done.  Until I got married, I stayed with him almost every time I visited the area.

Then I remembered all the people in Jerusalem, while I was in yeshiva, who had let me into their homes on Shabbat.  Without knowing me.  My yeshiva, Mayanot,  sent us to these places, and these folks took us in, no questions asked.

All those images passed through my mind in maybe a second.  But when that second passed, I looked at this man differently.

But all those experiences I had were a big part of why I had become religious.  The openness of Orthodox Jews, the willingness to invite random people over to your home on Shabbat, the way people thanked you for allowing them to host you; it had made a huge impression on me.

And as I let the man into my home, and my mom looked at me in shock, and he turned down an offer of water and asked me if I had soda instead, I realized this was the first time in my life that I had really started to comprehend what it means to really give as a Jew.

I have gotten so used to taking.  I think most baal teshuvas have.  We have, I have, almost gotten used to the idea that we receive and others give.  And when the others don’t give as much as we’re used to, we complain.  We get disillusioned, wondering why our leaders aren’t acting on the holy level we’re used to.

And as I offered the man to sleep on my couch, and he said he’d rather sleep on a bed, and he went into my room and said, “Oh there’s no air conditioning in here, fine, I’ll sleep in the other room,” I couldn’t help but realize that there’s no way this happened by accident, at the least convenient moment possible.

I wish I could say I was happy to have the man over.  That his demands didn’t annoy me.  But I wasn’t, and they did.  I was happy when he left in the morning.

But despite all that, I think what I really gained out of all that was realizing just how pathetically small what I gave this man was, how easy it was, and how much more other people have given me.

I can only hope, this Elul, the month of repentance before Tishrei, that I can become even more aware of the people that have sacrificed so much for me, and the ones that continue to do so.  They’re everywhere, and if we all were aware of them, were grateful for them, and didn’t expect so much of everyone else, I think the world would transform into a beautiful place.