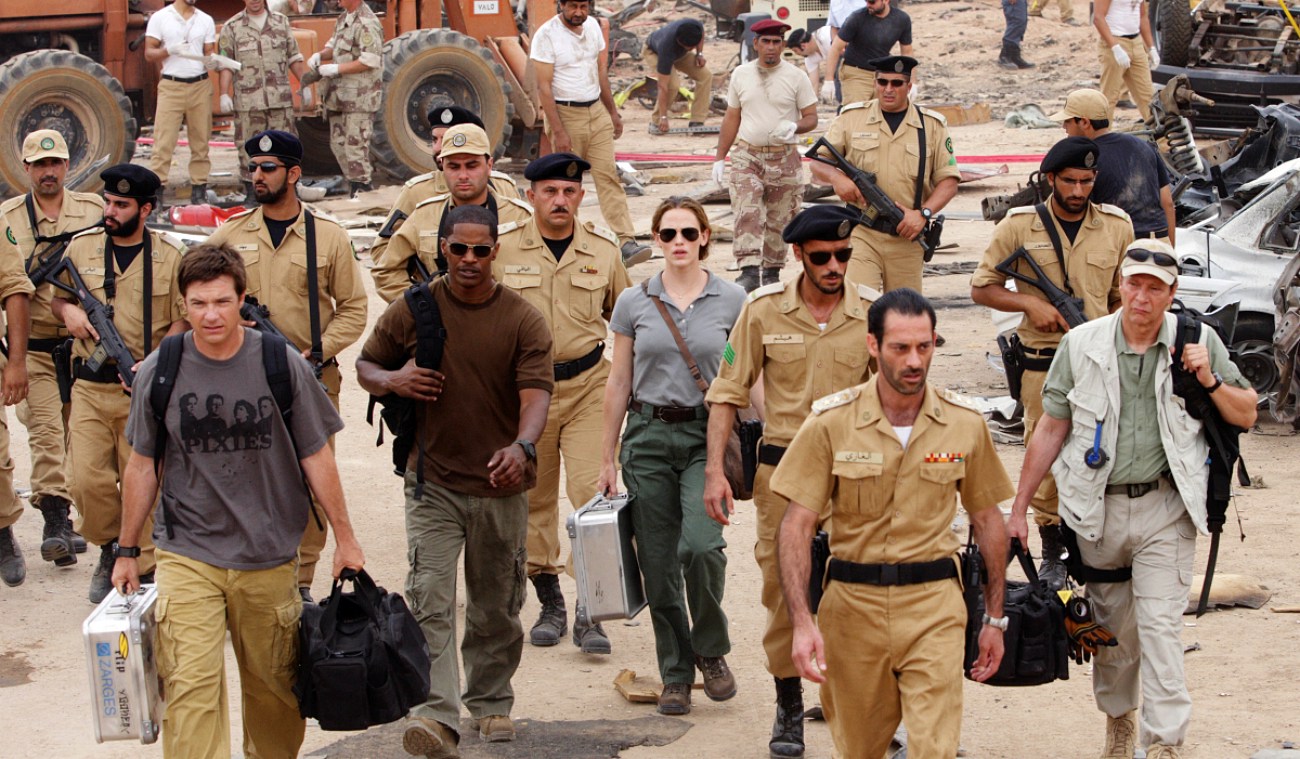 This post was originally published in 2009 on Chabad.org during Operation Cast Lead, Israel’s war with Gaza.  I was living in Israel at the time and reporting from places like Sderot and army bases close to the border.  I felt the need at the time to also bring a more human perspective to the bigger conflict of Muslims and Jews, and decided to write this piece.  Recently, there have been similar flareups about this discussion on the Pop Chassid Facebook page, and I thought I should republish it for the same reason.  It’s not an attempt to solve anything, but I hope you will appreciate it nonetheless.

It was the summer of 2006 in Arizona. I had just been hired to be an extra in the movie “The Kingdom.” The movie took place in Saudi Arabia, and I was to be one of the Saudi Arabian soldiers in the movie. I got the job because I looked Middle Eastern.

When I first began working as an extra I was afraid to tell anyone I was Jewish. Almost all the extras were Muslim, with a few Hispanic guys mixed in. How could I possibly tell them I was Jewish? Wouldn’t it be dangerous? I was sure most of them would be nice, but I was afraid to share who I was with them.

As I became close with a few of the extras, and as I started to loosen up, the subject of my religion somehow came up. I felt safe enough at that point to share that I was Jewish with my friends. Within days, of course, everyone that worked on the set knew I was Jewish. And, I was surprised to find, everyone accepted me fully. They were open, caring and wonderful.

Despite the fact that I considered myself very liberal and open-minded, I had no idea what to think about Muslims. For some reason, I was convinced many of them would be unsophisticated, or at least anti-Semitic. I was surprised to find that they were just like anyone else I met. Some were nice, some were cool, some were just plain silly. They were human.

I remember talking to the main Arab actor, Ashraf Barhom, an Israeli Arab. He was one of the friendliest actors on the set. Unlike some of the bigger actors, he was never above hanging out with the extras and crew.

We talked about Israel. We spoke in Hebrew. I’ll never forget how passionately he spoke, how much he cared about bringing peace to the Middle East. How strongly he believed it was possible.

It feels so bizarre to look back at that moment now. Now, two and a half years later, I am sitting in Israel, writing in favor of the attacks on Gaza. I can’t imagine what Ashraf would think.

I remember sitting across from a Lebanese girl as the war in Lebanon raged. I furiously argued against the war, upset that my own government could be so foolish. She, on the other hand, defended Israel’s actions. Her family was Christian, and left Lebanon because of the persecution her family had suffered under Hezbollah.

Despite our intense argument, I couldn’t help but laugh to myself afterwards. Here was an Israeli arguing against his government, while a Lebanese girl was all for the attacks.

But the memory that stands out to me the most after all this time is a small, simple interaction I had with one of the older extras. He must have been fifty or sixty. He was heavyset with a small mustache and still had a strong accent.

I remember how he asked me about being Jewish. If I was involved in my community. This was before I started on the road towards being observant.

I told him that I wasn’t. That I used to be very involved, although never really in the religious aspect. I told him that the last few years had been hard on me, and now I wasn’t involved at all.

He looked me right in the eyes, his face serious, and said, “Never forget who you are.”

There was something extremely poignant about that moment for me. Hearing someone from a religion that was supposedly at such odds to my own say this meant the world to me. If he believed that I, a Jew, should remember who I was… maybe I was meant to listen? Maybe there was someone even deeper trying to communicate with me?

I can honestly say this interaction was a big reason I began to re-explore my Judaism.

When I am having difficulty trying to figure out how to write about this conflict, I often think back to my time working on The Kingdom. I remember the wonderful people I worked with. Ashraf’s deep and earnest desire for peace. The way everyone was so open with me. This time of my life, more than any other, gave me hope for peace between Jews and the rest of the world.

But I will also never forget the talk that changed my life. I will never forget the man who reminded me that I had a duty to my people, just as he had to his own. He may well have known that his words would lead me to one day oppose some of his own people. But there was something deep and wise in those words.

In a world that is constantly trying to mash us into a single, faceless identity, it is sometimes hard to accept that there is a part of us that will never change. A part that is unique, yet connected to a group.

The moment I opened the door to that part, my life became richer.

I will always cherish my time working on The Kingdom because it taught me that it is possible to achieve harmony without erasing the colors. It taught me that music is only beautiful when we have different notes brought together to create a melody.

It taught me that peace with others is only possible if we come to peace with who we are first.