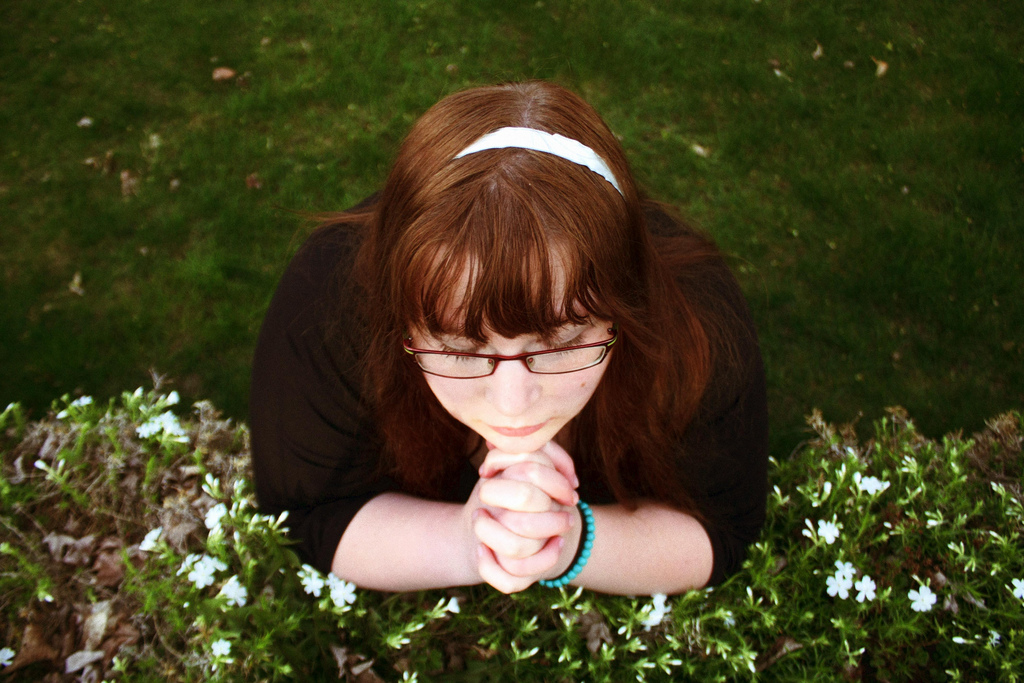 The world tends to be divided by most people into two dimensions of reality: time and space.  They are the two ways we interact with the world, the two dimensions that have allowed scientists to discover the secrets to so much depth and beauty in the world.

Kabbalah divides the world into three: space, time, and soul.  To kabbalists, souls are just as much a reality as time and space.

I think, perhaps, that most religions also have this idea inherently placed in their worldview. It makes sense, as for a religious person, there is always an appreciation for more than meets the eye: an idea that behind all this space and time, there is a screen hiding some sort of deeper reality.

I’ve come to realize, I think, that this difference in looking at the world is the key to understanding the difference between being religious and not being religious.  Between believing in “something more” and choosing to believe only in what we can see and measure.

For example, one creed we continually hear from atheists is, “What’s your proof? The burden is on you to prove there is a G-d, that there is something more out there, that you aren’t just praying to some Spaghetti Monster!”

For the longest time, it was hard for me to find a counter-argument to that.  I figured spirituality isn’t physical, and so you can never prove its existence.  G-d isn’t corporeal, so no matter what I tell you, I can’t prove that He is the ultimate reality to the world.

But then this kabbalistic idea… this idea that reality, the reality we deal with on a daily basis, is more than just time and space… helped me understand how, in a sense, I can prove G-d’s existence or at least why believing in the non-physical matters.

When only time and space are all you can use as proofs, then your hands are tied: there is only so much one can say.

Why, that changes everything.  It flies in the face of all the logic-speckled world that tells us, “No ad hominem! No looking at people and ‘judging’ them!”

But that’s the equation I think we’ve always been missing: the idea that people are, in fact, also the access-points to reality.  They aren’t just physical beings taking up space. They: their conciousness, their morality, their ideas, their souls… they are another level of reality, the windows into the spiritual world, into the non-physical plane of existence.

I say this because, as someone who grew up secular, agnostic, and begrudging of all things involving “organized religion”, I continuously found myself uninspired by the non-religious.  Sure, there were many good people around me, many people who I learned and grew from…

But nowhere, nowhere, were there any “Great People”.  Not people who simply accomplished a lot, but who were inspirational, who did things it’s almost impossible to believe a human could do.  People who sacrificed themselves to make the world a better place.  People who didn’t seem to be controlled by their physical surroundings and, instead, rose above them.

These people, it seemed, only existed in history books, on the news, or who wrote the books I loved.  There was no Martin Luther King Jr. There was no Bob Marley. No Leo Tolstoy.

All my inspirations existed far away from me.  Not just far in time and space, but in soul.

Then I lived with some Christian guys in college.  And I noticed a quality about them: it wasn’t greatness exactly… but it was almost like an attempt to be great.  An attempt to be better than who they were.  When they reacted out of anger, they worked hard to move beyond it, to elevate themselves above it.  They tried not to be “tempted” by things I simply considered the natural joys of life.

And then I connected with an orthodox, Hasidic rabbi at my college.  A man who had given up all his life, all his belongings and his personal desires, to fulfill a mission he had in life.  I didn’t agree with his position, I didn’t buy his religion (at first), but I felt like, for the first time in my life, I was touching something close to greatness.

I went to study with more orthodox Jews in Israel.  There I met people that finally matched up to Bob Marley.  To Tolstoy.  They were artists, in their way.  They were people that transcended every aspect of who they were and had become conduits for something greater.

That has never, ever happened to me with an atheist.  It has never happened with a secular person.  That’s not to say there are no good atheists or non-religious people.  Quite the opposite.  There are many.  Maybe more than religious folks.  But there are no Great People.

And I  don’t think that’s such a horrible thing to say.  It comes from a difference in perspective: the “scientific” perspective that we are limited, finite beings that can’t transcend ourselves.  That we exist only in time and space.  That what is “natural” is more relevant than what is “possible”.

That is why intelligence is so revered in the secular world.  People who are “dumb” or “uneducated” are looked down on, and those who can craft a brilliant argument, who can bring sources, who have proofs practically falling out their mouths… these are the people to be revered.

It is no wonder, then, that the secular world puts so much emphasis on technology and scientific advancement: in their minds, transcendence only exists externally, not internally.  It is something that can only exist in time and space, not the soul.

Religious, people, on the other hand, are simply not as interested in logic, or proofs, or even intelligence.  Although those things are always nice.  To them, there is one more element to the equation: the soul.  And thus transcendence comes from within, and not (only) from without.

The reason that “Great People” have almost exclusively been religious, or at least believed in G-d, is because they believed with all their hearts that they could transcend their physical existence.  They believed that their soul mattered much more than their bodies.

And so they acted in “unnatural” ways.  They did not aim to please only themselves or their families.  They sacrificed themselves for their beliefs, for their spirituality, for G-d.

Until the world accepts why it matters to be religious, to believe beyond physicality, we will continue to grow externally and have static internal lives.  Technology will advance and souls will wilt.  Science will jump ahead and morality will be static.

That is why religion matters.  Because it is the other part of the equation, the reality that must be tapped into to make us a better, a Greater, us.