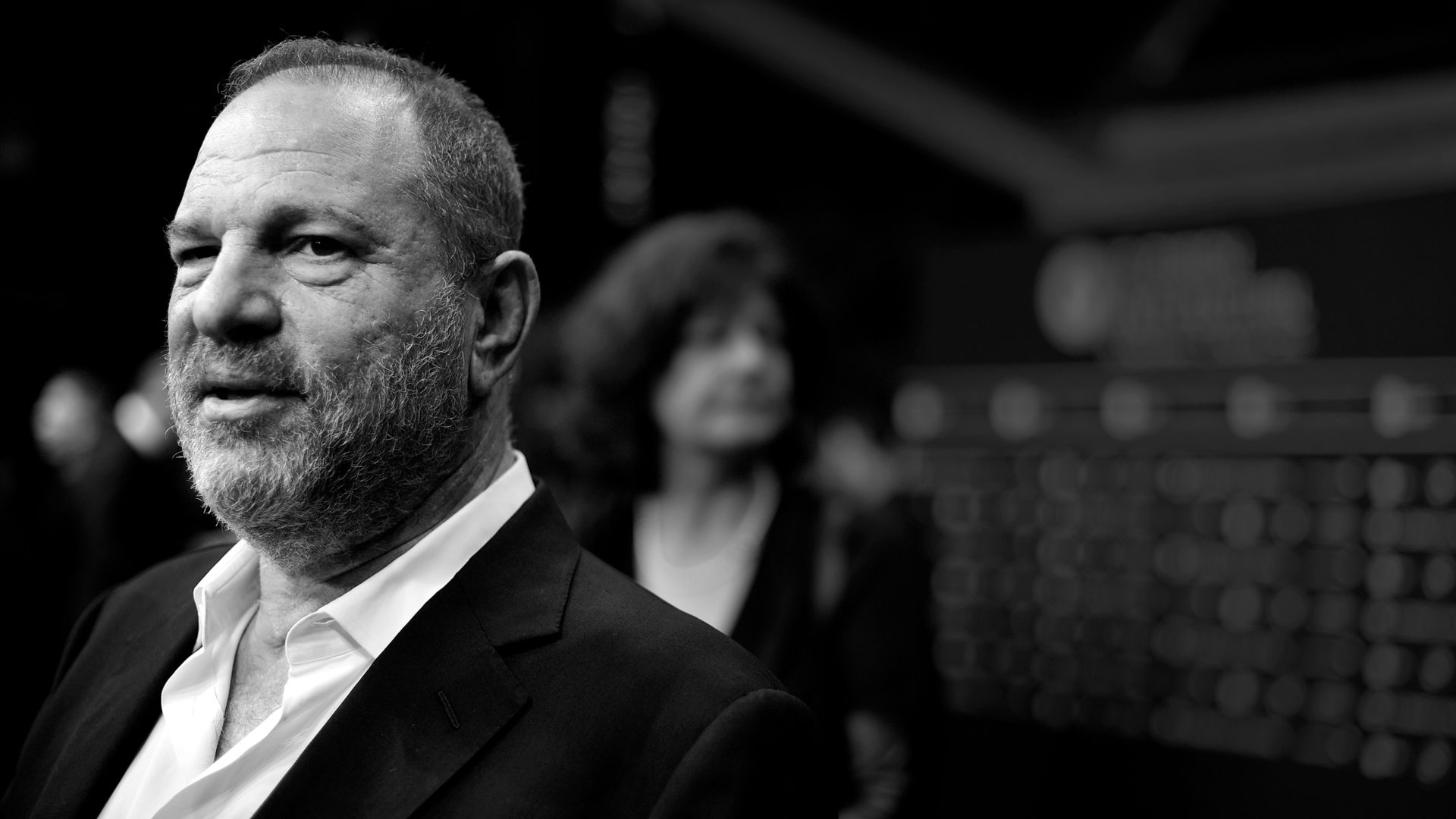 Note: This week I am doing a series called “Rejected Pieces” which will include pieces that I’ve recently had either rejected or bumped from some outlets. One of the things I love about blogging is the ability to say what I want without a filter, so I figured it would be a fun project to put out pieces that don’t get put into the press for whatever reason (these are usually varied, from timing to other news pushing them out of the way).  The following piece is my first in the series:

The Weinstein scandal has revealed a lot.  Revealed an abuser to the world.  Revealed the sickening coverups of abuse in Hollywood.  Revealed just how easily the powerful get away with so much before any of us start to take notice, or start to care.

But another thing it’s revealed, something that we may be overlooking, is the way we speak about sexual abuse.  As a culture.  And it is in this that we can see the thread that binds so many of the abuse scandals we see in Hollywood, on campus, in religious circles, and so many more places.

In a much-maligned Tablet Magazine article, one of their top writers and journalists, Mark Oppenheimer, wrote about the “specifically Jewish perviness of Harvey Weinstein.”

In it, he played into a number of antisemitic stereotypes to describe Weinstein’s sickening acts.  He went into detail, using the pain and abuse of women to make a literary point about Jews in Hollywood.

The point about the antisemitism coming from a Jewish writer and media outlet has been harped on a lot already, but what has not been focused on enough has been the rest: the simplistic take on gentiles (or rather: normal men) who abuse: “As despicable as you may find Ailes, O’Reilly, and the other grabby goyim, you’ll recognize their behavior fits a pattern as old as time itself… Men crave sex, and the worst of them will obtain it by whatever means necessary.”

This, of course, is wrong.  Sexual abuse, whether committed in “pervy” ways or however one views them and by whoever does them, is far more complicated than “craving sex.”  That sort of interpretation is from a bygone age, when our understanding of abuse was more invested in divesting men of their responsibility.  We are sexual beings, the argument goes, and so if we are given the opportunity (through power, for example) our literally abusing that privilege is really just a foregone conclusion.

Of course, not everyone who has power commits these horrific acts.  Jewish, gentile, or otherwise, sexual assault is an act of violence: an act that knowingly exploits vulnerabilities in order to make the assailant feel stronger, despite revealing how absolutely weak and pathetic they are.

And so, when writers, people tasked with the heavy responsibility of discussing these very private and intense moments in a public forum, use their platform to spread these falsehoods, they unwittingly have caused an act of second abuse: I cannot begin to tell you the pain I have heard from those close to me who have been abused when they see such misinformation spread.  They know better than any others that what happened to them was not sexual, not an act of libido gone wild but evil violence willfully chosen.

It would be easy to describe this article as a one-off mistake.  One outlet and one writer making a mistake.  And yet, we didn’t just see it there.

In actress Mayim Bialik’s recent New York Times op-ed about the Weinstein scandal, she mentions, “As a proud feminist with little desire to diet, get plastic surgery or hire a personal trainer, I have almost no personal experience with men asking me to meetings in their hotel rooms.”

She goes on: “I dress modestly. I don’t act flirtatiously with men as a policy.”

All of these are given as reasons for not having been subject to the abuse that other women have been in her industry.

This is a tragedy.  Just days before her article appeared, Terry Crews, a man few would consider a “typical” victim of sexual abuse tweeted about his own experience, in which while attending an industry function, “a high-level Hollywood executive came over to me and groped my privates.”

“Jumping back, I said, ‘What are you doing?!’” Crews continued, “My wife saw everything and we looked at him like he was crazy. He just grinned like a jerk.”

Terry Crews, a large, muscular man who the writers above would consider safe from sexual abuse is, in fact, a typical example of an abuse victim.  A person who was at the mercy of someone more powerful than himself, and for whom speaking up would have cost him more than it would have gained.

And yet, Bialik and Oppenheimer’s voices are given a platform to share outright fabrications about what sexual abuse is, and how it manifests itself in our world.

Why?  Why are they given such a platform, and how is it possible that such articles can make it past editors and gatekeepers to represent mainstream discussion about sexual assault?

The answer is as simple as it is heartbreaking: these myths about sexual assault are commonly accepted as reality by our culture.  They are the lies our culture has told itself in order to not hold itself responsible for the actions of the people that reveal its own poisonous environment that allows the action to continue unabated.

In other words, most of us do not want to think we are part of the story of rape, abuse, and sexual assault.  We want to be passive spectators who have escaped victimhood ourselves by following the rules our culture has deemed appropriate, as opposed to through sheer luck.

But therein lies the horrible truth: when we pretend male libido and other mythical creations are the real cause of abuse, we help perpetuate it.  We excuse the violence of it.  We ignore the choice in it.  And we quiet those who dare speak up and tell us we’ve got it all wrong because they’ve experienced it themselves.

Weinstein’s case is a tragedy.  But it is a tragedy that is perpetuated by a culture that continually excuses and discounts it.  So, his scandal cannot just be a reckoning for him or for Hollywood: it must be for all of us.