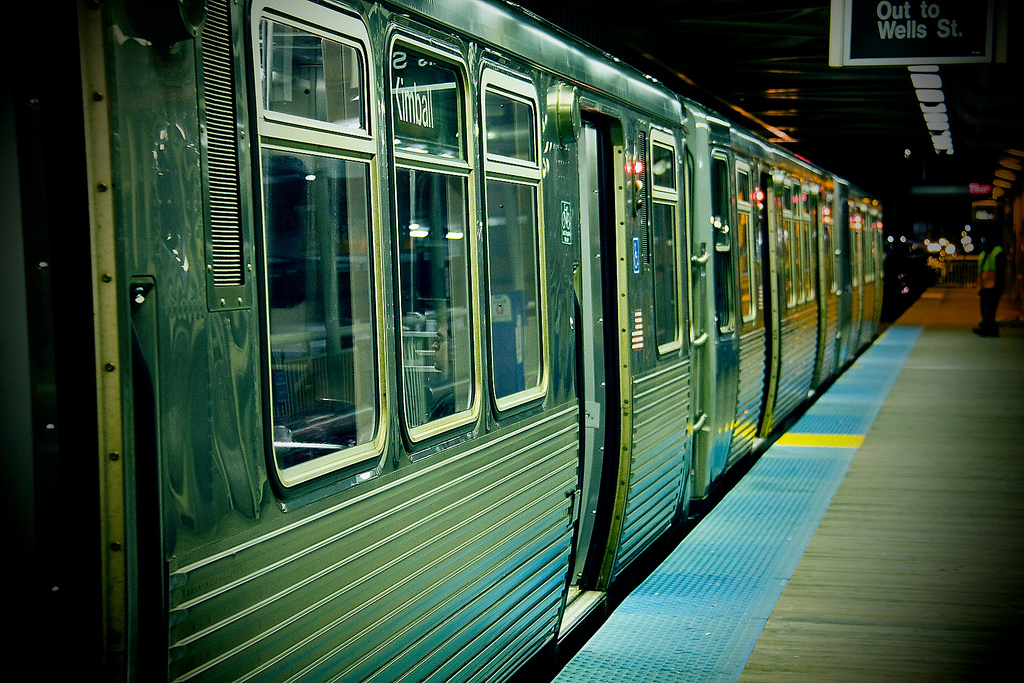 It was a few years ago. In Chicago. My wife and I were engaged. Nothing to do but kill time and stress over the marriage planning.

I remember we were sitting outside somewhere. We were having those deep talks that people that are dating have all the time, and married people wish they had more.

We were talking about how, really, you could change anything in your life in a second and how freaking crazy that was.

And then I remembered a thought I had on this subject.  A thought I had never shared.  But now that I was hanging out with the person I was going to be with for the rest of my life, I thought, hell, I might as well.

So I told her, “Sometimes, when I’m standing at an L train, I think how, if I wanted to, I could push someone into the tracks, kill them, and my whole life would be different. Like, I’d be in jail for the rest of my life. I always thought that was so crazy.”

And, see, it was a scary moment, because it’s not every day you share the fact that you think about what it might be like to push someone into a train, but I had this weird faith that maybe she would understand the idea wasn’t about the pushing but about how easy it would be to change everything in our lives in a moment.

So when her eyes lit up and she said, “Wow, I think about that sometimes too!” I was pretty shocked.

But then we had this whole conversation about how crazy it would be to go to jail, how easy it would be, how life is so fragile, so delicate.

And I realized I was not alone in my crazy thoughts. Maybe other people think like me but they’re too afraid to share their wacky musings.

And, so, a few weeks later, when Rivka and I were eating at a Shabbos table at my Rabbi’s house in Chicago, a table of at least 15 people from the community, I had the genius idea to share this thought with the table.

See, I was trying to share a Dvar Torah, an uplifting thought for the week, and I thought, what better way than to share the fact that we can change our lives in a moment.

I started speaking and brought up some ideas from the Rebbe, some quotes from the parsha, and then I looked around at the table and I asked the question I knew would get people thinking and discussing.

With my future wife by my side and people from around the community listening intently, I asked them all, “So, anyway, how many of you have had a random thought about pushing a person into a train and how that would change your life in a second, just like that?”

I was sure, after my moment with my wife that at least some people’s eyes would light up the way hers did. That they would come alive and breath deep sighs of relief and say, “Oh yes, Elad, we’ve thought about that, let’s talk about it! It’s crazy, right? Wow, yes, I knew it, we were all repressing our thoughts and not sharing them, but now let’s talk about this deep idea in the context you’re describing.”

Instead they stared. Looked at me and my wife like we were insane. Somewhere in the distance, crickets chirped.

And now it was just me and Rivka, alone.

Finally, someone spoke up, breaking the silence, as if that big pause didn’t exist and she said, “Nope, never thought that.”

And then I saw everybody’s eyes light up the way Rivka’s lit up, the way I was hoping they would with me.

Instead they were nodding with this lady and shaking their heads at me all at the same time.

I let out a cough and tried to salvage what I could of a dvar Torah that clearly led the table to believe that I was a mass murderer, trying to divert the conversation back to my main point (I swear, there was a point!) that life can change in a split second.

I remember looking at my future wife then and realizing something. I remember that that was the first time in my life that I realized people can be both different and similar.

I guess I lived most of my life believing that I was either completely alone, afraid to share my deepest thoughts, or that I was just the same as everyone else. That the moment my thoughts were shared by another, well, that was proof that we are all one, that we are all the same and uniform.

I don’t know, I guess sometimes you hear people saying, “Hey, we’re all the same!  All our differences are just skin deep.”  And then you have those who want to separate everyone into camps and differences and arguments.