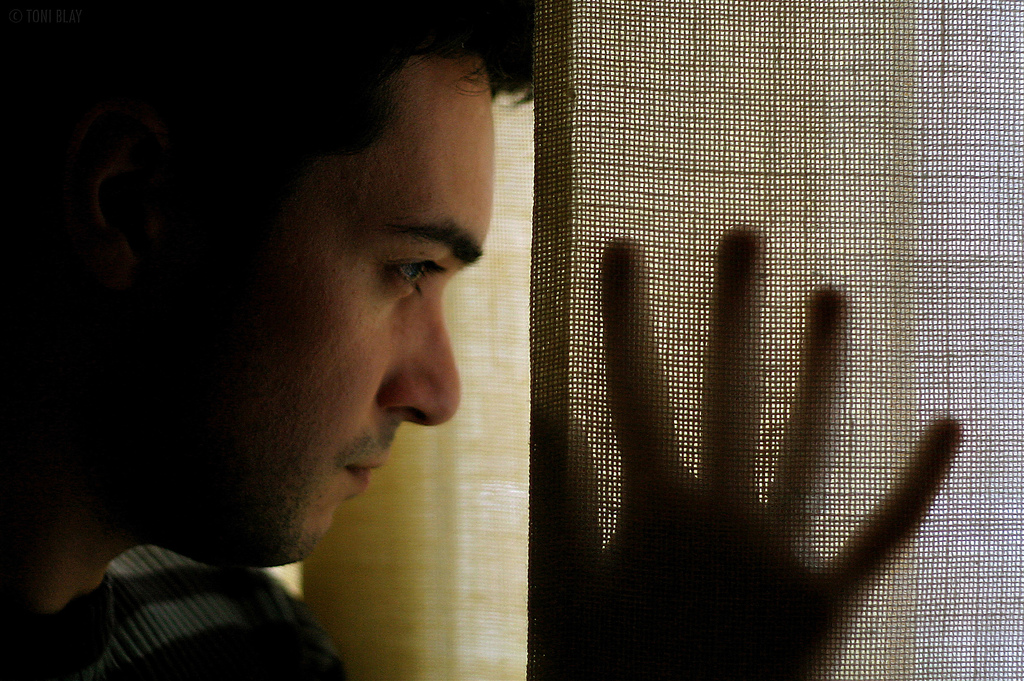 I remember sitting in the bathroom. Don’t ask what I was doing. But I was sick. Sick to my stomach. Sick so much it hurt.

I was at school, and I had been trying to pretend like it wasn’t bothering me all day. But then, it just hit me. And so I asked for the hall pass and I ran for it.

There I was, completely miserable. Sad. Couldn’t focus on anything except the pain.

And then those kids came in, laughing and everything. I heard their excited voices and their happy attitude and I couldn’t believe it.

The whole world was crashing down, as far as I was aware, complete pain and misery. I had my hands on my stomach, wishing, praying for it all to go away. I could hardly move from the aching.

And here were a bunch of guys and they were just laughing with no cares. Happy. 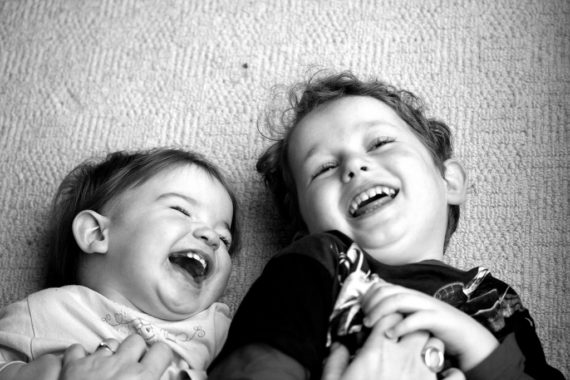 It seemed so weird, so off to me. Didn’t they realize that there are people in pain in the world? Didn’t they know how many people were miserable and sad and in pain? How could they be happy? It made no sense!

As they walked out, I thought about it some more in between the aches, and I realized that I also never thought about it. About pain. I just went through life willy nilly, dancing about without a care in the world. And now here I was, Mr. Humanitarian. But it was only because I was in pain.

A day later, I was totally fine. I dunno, I guess it was just a stomach bug or something. Used to be when I drank too much Coke I would get a bad stomach ache. Maybe that was it.

That day, I went right back into life. I joked around with my friends, played video games when I got home, avoided homework, the whole deal.

It was only when I was lying in bed, the time when I would think about death and clowns and all the other scary things in life I avoided, that I remembered the promise I made to myself. I broke it in less than a day! I just… forgot.

That was a rough moment. The time when you realize you’re just as guilty as all the people you criticize. Most of us spend our entire lives avoiding those moments. I was too young to know better.

So I made a commitment. Tomorrow I would frown, hold my head down, and focus on the pain and the misery and the sad people in the world. I wouldn’t smile once.

After some freaking out about death and clowns, I finally fell asleep. The next day, I woke up, ready to take on the world, remembering my thoughts from the last night.

It all happened so fast.

Sometimes I wonder if we’re built to think of all the misery and the sadness in the world. Last week a bombing killed a busload of Israelis in Bulgaria (after this was written, a man also entered a movie theater in Colorado and killed 12 people). Instead of writing or thinking about it, I posted an article about things that blow my mind. I wondered for a moment if I should be writing about the Jews who had died. But it was only for a second. Then I put it out of my mind.

How are we supposed to deal with these moments? If we think about them too much, they’ll take us down, destroy us, make us unable to function. Even if we try to express our pain, it can often come out as anger, another way to avoid the real issue. 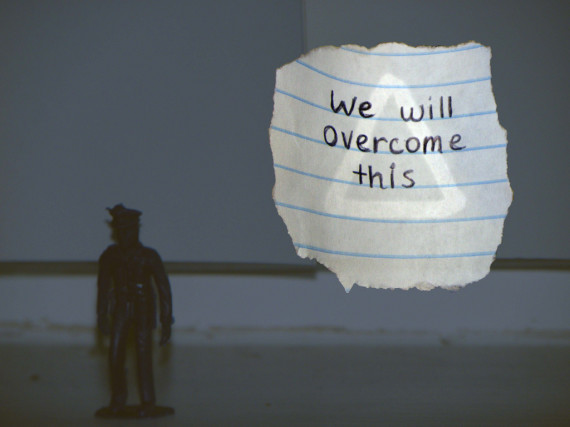 The older I get, and the more I try to deal with these moments, or not deal with them, the more I realize there’s got to be a middle ground. A way that allows us to live our lives, to not be paralyzed by our empathy, but that also allows us to confront these situations with strength and resolve.

When people die, when the world seems to be flipped upside down, I’ve begun to look to Chassidus and the Rebbe in particular for some guidance. Chassidus teaches that we need to take the darkness and turn it into light. As in, don’t fight the dark, but also don’t just create light.

But what does that really mean? How do we use that?

It’s like this: every time a Jew dies in the world because of hate, I’m going to doubly resolve to spread the light of truth to the world. Whenever I think about the poor sick dying kids in Africa, I’m going to do something, some positive action that I think will either help the situation directly, or simply do a positive act that will make the world a better place. That way, I can look at the situation with a certain strength. A belief that, no matter how hard it gets, I can do something to literally make the world better because of it. Even if my action has nothing to do with the actual event.

We can’t spend our lives agonizing over the silly sick kids like me in the bathroom. We can’t allow the anger and pain we feel when our family is killed just for being who they are to swallow us alive. As Nietzche said, “Whoever fights monsters should see to it that in the process he does not become a monster.”

The only way to do that is to focus on positive action. Not reacting, not avoiding. Acting.