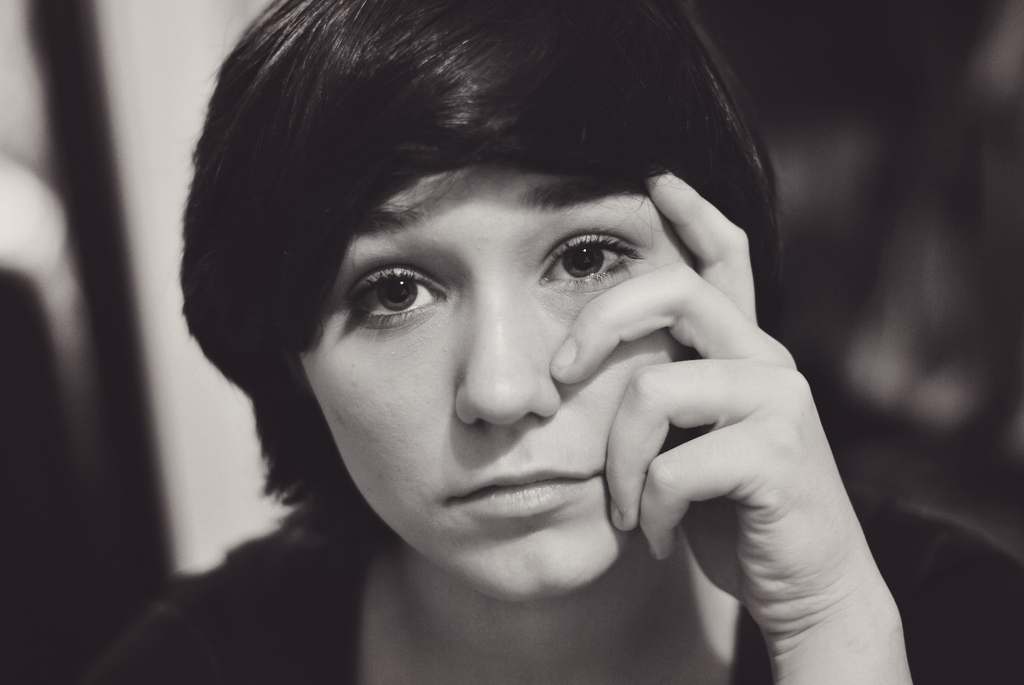 But what about those around us?  When they’re depressed?  Anxious?  Overwhelmed?

I’ve recently had to face this question more honestly, more truly, than I ever have.  I have, by some weird alignment of God’s will, suddenly become surrounded by many friends going through varying degrees of depression.  Some simply because.  Most because life has become unbearably difficult in some respect, or in many respects.  Some are close to me (in distance).  Some are far away, friends from the internet.  So close, and so far.

With each person there is a sense of hopelessness, of not knowing what to say, what to do.

That’s the difficulty of it, isn’t it?  When I’m depressed, I have tools and I know what to do, or at least how to weather the storm.  I have tools at my disposal.

Being a friend to someone with depression tends more to do with not doing anything.  Not trying to fix them, or tell them to go do this or that, or this worked for you and they should totally do it too.

Being a friend to a depressed person is about letting go of control, not getting more of it.

When we try and tell someone who is depressed what to do, we are doing a number of injustices to their hearts and souls.

First, the assumption that we, untrained people, know what another person to do to take care of themselves because it worked for us is both untrue and hurtful to the other person.  It’s like saying that because I received this kind of treatment for cancer, my friend should too.  We have no way of knowing, and the only one really qualified to tell us is our doctor.

Second, a friend coming to us and telling us they are depressed is overcoming an incredible amount of pain and vulnerability to open up.  Why do you think that might be?  It’s not for guidance, not initially, at least.  It’s because they feel alone, and you as a friend represent a way for them to feel unalone.  Trying to fix them makes them more alone because you are confirming their fears that there is something wrong with them and also saying you’ve got it better.

No no, a friend who comes to us in depression, sharing their darkest pain, needs one thing: to be heard.  For us to let go of our incessant need to hold on and take control, and to simply be in the pain with them.

But, that’s the other thing that’s hard, isn’t it?  That to be around a depressed friend, we must share their depression to an extent.  That is what it means to have empathy.  That instead of looking at a person as a puzzle to be put in order, we see them as a person, with a heart and a soul and ups and downs.  To enter into their reality instead of imposing our own.

It’s so hard, though.  Because the more we allow ourselves to open up to that, the more we feel depressed ourselves.

My recent experience with my friends, though, has taught me that this is the beauty of friendship.  That we put another’s needs before our own.  Not that we sacrifice ourselves, God forbid, but that we give ourselves.  Feeling pain is not suffering if its purpose is to alleviate another’s.

In fact, that’s one of the ultimate lessons of depression itself: that we allow ourselves to feel it.  Fighting depression is often more about acceptance and using tools to work with  depression than to directly fight it.

And so, when a friend comes to us with their depression, they are giving us an opportunity to help them do that, even if they don’t realize it.

The depressed person needs to hear that it is okay to be depressed.  That there is nothing wrong with them.  That they are not broken or messed up or without hope.

And the beauty of doing nothing, of listening, of simply being together with a friend in their pain is that we say all those things without saying them.

Yes, some of the best ways to deal with depression are therapy and medication.  And yes, often we have to be the ones to tell those around us to pursue those options.  And yes, the articles around depression and mental health are so important.

But ultimately, those things are about a person learning to deal with their pain on their own, or with the help of a professional.

There is another side to the equation.  And that is us.  Those who aren’t feeling the pain quite as strongly in the moment.  Those who have been opened up to.

We are the right side of the brain to complement the left.  We are the rain to balance the sun.

In other words, we provide the support that is so very needed for those who go through depression.  Therapy and medication and articles will never be as effective if they are not coupled with a strong network of support.  One that does not judge, that provides comfort instead of solutions, love instead of repair.

A friend may not be a therapist, but in many ways, a friend can be so much more.