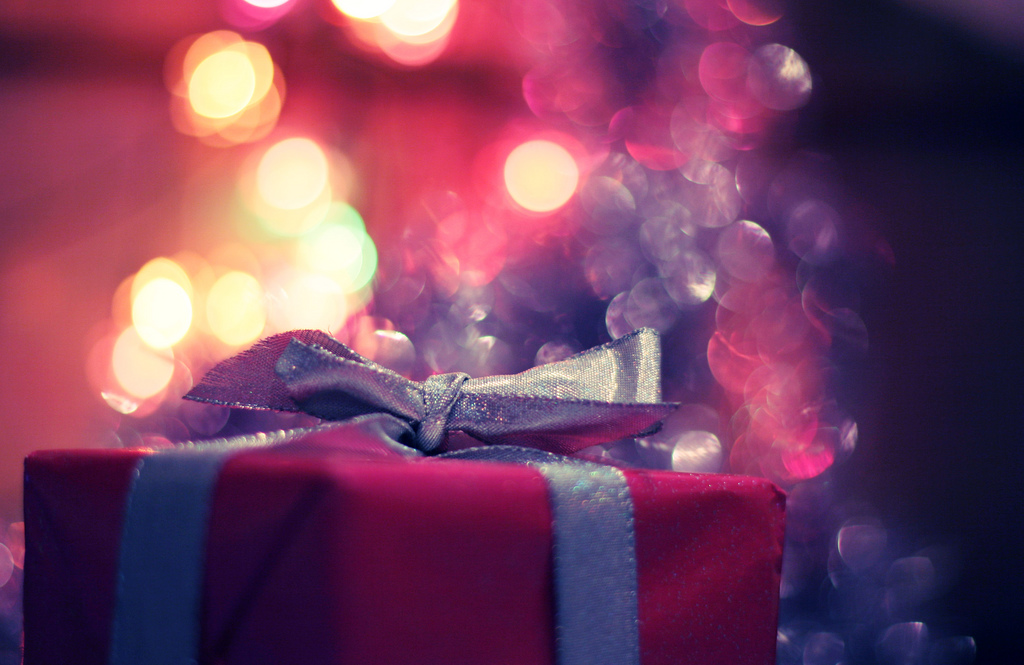 About two years ago, my wife and I had been staying in Israel for two months. We came there because we didn’t have the means to study the traditional year after marriage, and decided that if two months were all we could get, we might as well take it.

Except in the end, that’s not how things turned out. In the end, we had realized that two months just wasn’t enough. We needed more.

I still remember when we finally decided to talk about what we were both thinking. We were eating ice cream on Ben Yehuda and sitting at a table, talking about how we’d be going home in two weeks and how much we loved Israel and studying there.

Finally Rivka blurted it out. “We need more time,” she said.

A big breath of relief filled me. Thank G-d. I had been waiting the whole night to find a way to bring it up. 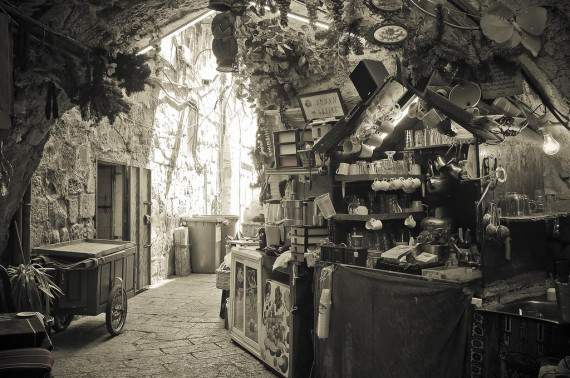 So we decided then and there that, when we returned to America, we’d sell all our things, including many of our wedding gifts, sell as many of Rivka’s paintings as possible, find some other forms of financing, and, after Tishrei, be back in Israel.

Three months, one art show, one couch cut in half, and many hugs later, we somehow ended up back in Israel. I’m not even really sure how it happened, but there we were, and we were ready to get our lives started.

It was easy, at first, we had money, and we had resources, and I even got a job with my yeshiva. We were flying high, and we were loving it.

But then we started realizing our rent was a bit too much. So we moved out. Moved into a basement apartment in Nachlaot, one that at first seemed fine. And then we found out Rivka was pregnant. And, slowly, things began to change.

First, bugs and sludge started coming out of the floor every time we’d flush the toilet. Every. Time. Then more, different bugs started taking over the apartment. Then a terrorist attack occurred a few miles away from our home. Then I realized that I couldn’t study full time (duh!). 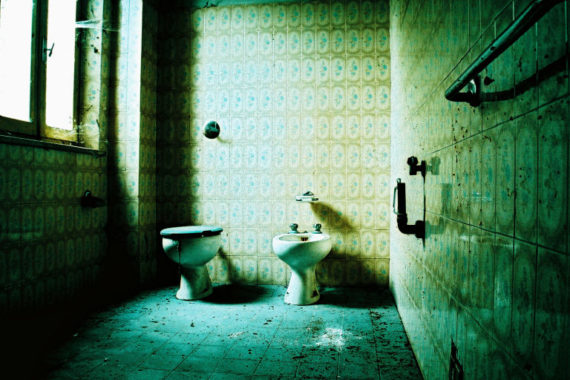 Things kept going that way for a while. The longer we were in Israel, the more material parts of our lives were shed. The more we learned to live like we were poor. Because if you want to live in Jerusalem and you’re an Oleh Hadash (someone who just moved to Israel) and you refused the money Nefesh B’Nefesh offered you so you could move back to America, then you’re going to be poor.

By the end of our trip in Israel, we had lived in five different apartments, I was commuting two and a half hours each way to work, we had a daughter, and we were living in a one bedroom apartment that was smaller than many studios. We hadn’t owned a couch or an air conditioner or a microwave in over a year. By the end, we didn’t even have an internet connection because we were living in a hareidi neighborhood.

We were ready to go back to America.

As G-d would have it, we were blessed to have the circumstances fall into place that allowed us to move back three months ago. The business I work for does all its business in New York City and they needed someone there to help things go smoothly. I was their man.

I’ll never forget when we finally moved into our apartment in Crown Heights. For New York City, this was a typical apartment. But to Rivka and me, this was a castle. It had two bedrooms! One for us and another for our daughter. Its kitchen was separate from the living room!

Soon we started gaining more things. A couch (a couch!!!!!), internet, and a crib and stroller for our daughter that weren’t from a gemach.

For the last few months, my wife and I have constantly looked at everything that we’ve had in America and said, “Wow! Can you believe it? We have air conditioning! When we go outside, people speak to us in English! People don’t cut us in line!”

It’s this feeling of constant gratitude. A feeling that until we lost these things, we didn’t realize just how valuable they could be, we didn’t realize how much we took them for granted. Now, if we buy a lamp or even just go out to eat, it’s this huge deal, something that makes us want to bend down on the ground and kiss it, the way people do when they first move to Israel.

This has made me think of the world differently in general. I’ve come to appreciate just how much we take for granted in our lives. How the smallest things can seem so insignificant and how much we can live our lives without realizing how blessed we really are.

I remember going through a particularly difficult time in Israel. My daughter had been born a week before, and I had gone in to start my first day of work at my new job. But when I got there, they told me they didn’t have any space for me. After they had hired me. On my first day of work.

I remember getting angry at G-d, asking him where the hell all that money they say comes with a baby had gone. I remember how for weeks, I had looked desperately for a job, trying trying trying and not hearing back from even one job.

It was four weeks later, and the only job I had available was to make dough at a bagel shop.

I called up a mentor of mine and I told him the situation. Told him how angry I was, how sick I was of Israel, how I hated G-d in that moment. How sick of it all I was. How I couldn’t wait to get out.

He was quiet for a bit before he responded. I was sure he was going to tell me how sorry he was for me, how that sucked, how he hoped everything would work out.

Instead, he said, “You know, a lot of people would be jealous of you.”

“It all depends on your perspective,” he said, “What about the fact that you have a family? A wife and daughter? You have a home? You live in the holy land? A lot of people don’t have what you have. A lot of people would gladly switch positions with you. You’re going through a hard time, but it’s material. What about the people that wish they had a wife, had a daughter, had a home?” 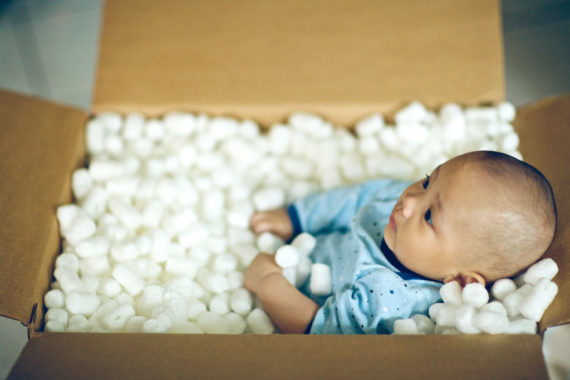 I don’t think I ever fully appreciated that comment until I moved to New York. It’s only now that I can look back, with the benefit of perspective, to see how I really was lucky in so many ways. Any day, I could walk to the Kotel.  I shopped at the shuk. I lived in a place where everyone was Jewish, and where everyone was passionate and excited about life.

And when I still jump for joy at everything good I experience in America, I try not to forget his message. A message that the truth is, it’s all about our perspective. I’m used to the American way of life which is why it’s easier for me to appreciate that message now, when I’m returning to a way of life that I’m used to.

But what if we looked at everything that way? What if we realized just how much we have? How different our lives would be! How much happier we’d all be!

The truth is, it’s easy to complain, especially when we’re justified in complaining. It’s easy to look at what we lack.

But it’s a true accomplishment, and it’s accurate, as well, to appreciate every single thing we have in life. From a lamp to a daughter, it’s easy to forget that, in reality, G-d could have given us nothing, that none of it is deserved and all of it is a gift.

The truth is, I wish I had realized this in Israel. I wish I realized just how much I really had. My wife did, and she was heartbroken every time we discussed leaving Israel, despite the fact that she knew it would be so much better for us in the States.

Why? Because she understood better than me that it’s not about seeing the glass half full. It’s about seeing that there’s water in the glass at all. Realizing that a drop of water is enough to be grateful for, because it’s more than some people have. Because it’s all a gift.