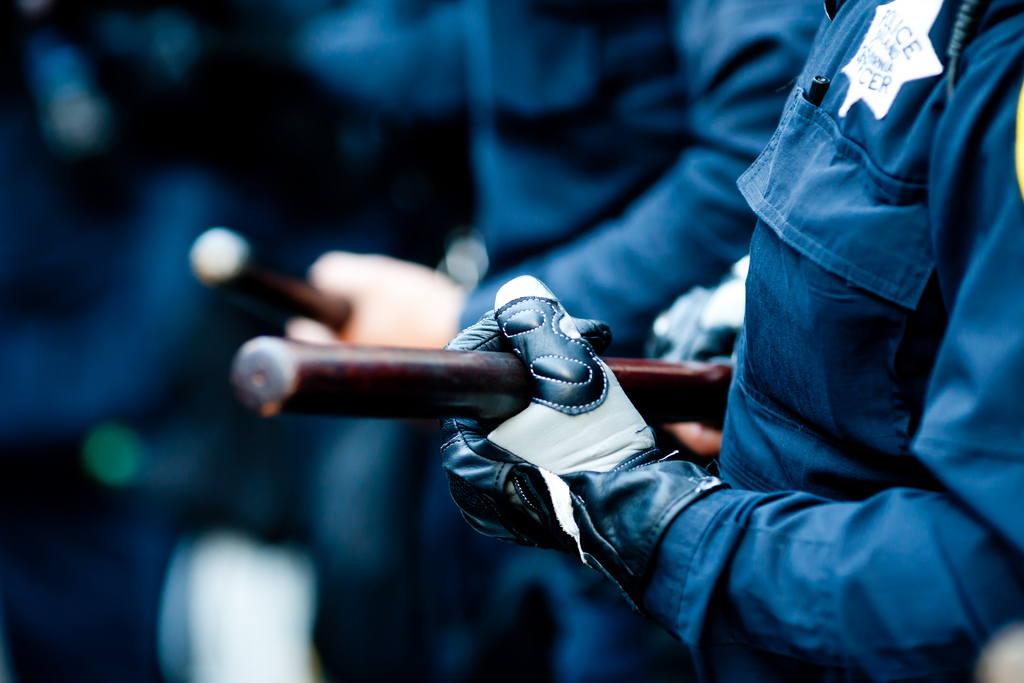 I don’t remember him so well. He was the kind of guy you only saw at parties. He was friends with my friends.

But I remember we would always do this thing when we saw each other. We would raise our red cups to each other, give each other a sort of salute, and say each other’s names with big gleeful smiles.

It’s a bit weird when you only know someone through drunken smiles and parties. I was never quite sure of his name (still not, ashamedly) and though I thought he was a great dude, I guess I never really got to know him.

It reached a new level of awkward, though, when he killed himself. I wasn’t sure at first who it was, although all my friends were crying about it, broken up. The ones who knew him well were shaken, destroyed.

Thank G-d, somehow I figured it out eventually. I remember when it hit me, because I had already heard the story a few times at that time.

He had gotten in some sort of fight with his girlfriend while they were at a concert. A yelling match which ended with their breaking up. He was distraught and drove home drunk as a kite.

Halfway to the home (his friend’s father’s) he was staying at, he was pulled over. Cop did a breathalyzer. Through the roof drunk. I think he was taken in for a bit, I’m a bit hazy on the details.

What I do remember was that somehow he ended up at the home, he broke into wherever the father of his friend kept a gun, took out the gun, loaded it… the end.

That was a hard time. Hard to see my friends so broken up, so destroyed. Hard to know that this guy was going to have a funeral soon. Hard to hear about how great he was, how he started poetry groups, was so nice to his friends…

And I remember, my feelings quickly turned to anger. At the time, you see, I wasn’t a fan of cops. I had my own history with them, plus I was very liberal. I believed that all cops were in their hearts bad, abusive. Servants of an oppressive system. In a few months I was planning to get dreadlocks.

So naturally I blamed the cop who pulled my friend over. Blamed him with a vengeance, damnit. I imagined that this cop was just going about his life right now, not knowing the terrible thing he had done. He had pulled over an innocent kid, screwed up his life, and now the kid was dead. The cop was a murderer as far as I was concerned. Manslaughterer at least. Bastard.

I had this dream scenario in my head. I imagined myself tracking down this cop and telling him what he had done. Screaming at him, explaining to him in detail how he had caused this poor guy’s death just because he was doing his BS job. He should know! I thought. Sick, sick, bastard. All of em.

Skip to three weeks later. Life had basically gone back to normal. My friends pretended like they were getting over it. I was spending more time with my campus Chabad house now, and wasn’t spending as much time with them anyway.

My rabbi asked me to coffee. He wanted to catch up, to hear what was new with me, what was on my mind. I had developed a quick connection to him even though I was still a bit suspicious of his motives. But he was so genuine, and had such an infectious outgoing personality, I was quickly changing my tune.

He didn’t want any, but I grabbed a chai for myself. We sat down and began to talk about life.

I told him all about the things happening in my life. At a certain point, I mentioned my friend. He asked me about it. I talked some more, telling him about my feeling about the cop, how I wished I could tell him something.

Shmuel, that’s his name, looked at me and nodded quietly, and didn’t really say much in response. I’ve learned that he tends to do that when he disagrees with me but thinks it’s not worth it to bring it up.

It was time to go, and so I paid the bill, and we walked out. We got into my car, pulled out, and drove onto Apache Road.

The moment we pull out and my car is parallel to the road, it just shuts off. Like completely. No engine. No lights. No radio. Nothing. Dead.

Now, if you know anything about Arizona roads, you know this is not an ideal situation to be in at night. There are about 3 lanes on each side of the road and people drive like they’re on a race course. Having a car sitting in one of the lanes at night with no lights on doesn’t feel so safe.

We called AAA. They said it would take half an hour.

We waited. Half an hour. Nobody came. AAA, what you gonna do, right?

About an hour into our wait, a car came up and pulled along side us. It was a cop car. I became tense. The cop leaned out his window and asked if we needed help. I didn’t say anything. Shmuel immediately smiled, opened up his arms like he was going to give the cop a bear hug through the window, and said, “Thank you so much, officer! We’d love that!”

So the cop pulled his car up behind mine, turned on his flashing lights, and pulled out some flares and put them behind my car and his. Some part of me acknowledged this seemed like a nice thing to do, but I wasn’t ready to admit it.

Let’s call the officer Officer White. Officer White came up and stood with us while we waited for AAA. I continued to say nothing. Shmuel, on the other hand, immediately launched into a series of questions for the officer. He asked Officer White about his job, about seat belts, how many violent situations he was in. Everything.

But Shmuel was too much for the man. To every answer the cop gave, the rabbi would respond with a “Wow! I never knew that before! So interesting!” Soon, Officer White was loosening up, and began to speak in a more relaxed, conversational way.

I remember thinking that the cop was a big fake, a nothing, he was helping me because he had to. I didn’t say a word the whole time, just listened to Shmuel, admiring him, but still seething. 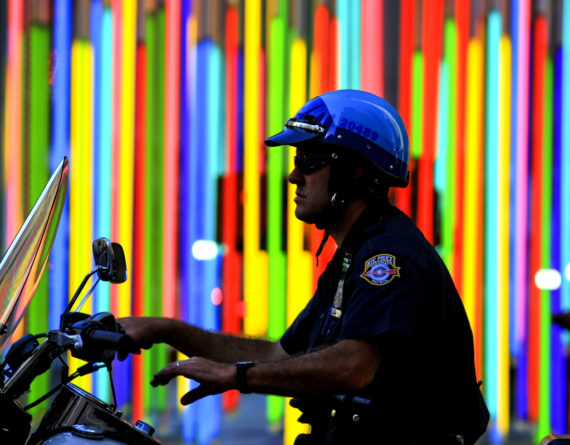 I remember when things started to change, though. It was about the time the Officer White took a breath, smiled at Shmuel, and said, “I’m happy I get to help people like you out. So much of my time is spent punishing people, it’s nice to help people.”

This was weird. First of all, the cop was being personal. Secondly, he said he’d rather be helping people.

But still, I couldn’t help it. Officer White was human. And I liked him.

It was now two hours in, and AAA still hadn’t arrived. At a certain point, I had given up expecting them to come at all, and just decided to enjoy the conversation.

At a certain point, Shmuel asked the cop, “So, what’s one thing you think everyone should know from your experiences?”

Officer White didn’t hesitate with his answer: “About drunk driving. They should know how bad it is.”

He had this sad sort of look when he said it. He looked at us without lowering his gaze, but his eyes were soft. I never thought I’d see eyes like that on a cop.

He told us about all his experiences with drunk drivers. People who were injured, hurt, killed. He told us statistics, things he had learned.

And then he said, “Why just a few weeks ago, I pulled over this young man. One of the highest alcohol counts I had ever seen. Just a bit north actually.”

“Where?” I asked, opening my mouth for the first time. Shmuel looked at me meaningfully, trying to understand why I asked the question.

Officer White didn’t notice, just said, “Oh up on…” and said the intersection.

As luck would have it, I happened to hear where my friend had been pulled over three weeks earlier. The same intersection.

“When was this exactly?” I asked, looking at Officer White intently. Out of the corner of my eye, I saw a lightbulb go off in Shmuel’s head.

My friend killed himself on Friday night.

My head was swirling. Here was my dream, right in front of my eyes. The cop. The cop who had killed my friend. Who had caused him to go home and take out a gun and…

Here he was. I remembered everything I wanted to say to him, how I wanted to yell at him, how I had fantasized about this moment for the last few weeks.

I looked at Officer White, and he was still clueless, going back into a talk about drunk driving. Shmuel was listening politely, but he knew what was going down.

Of course, I couldn’t say anything. Officer White was a person. A person I liked and was beginning to respect. He wasn’t the vision I had of cops that I had been feeding myself. He wanted to do good, he had helped me, helped Shmuel. He wanted only the best for the world.

I stuck my hands in my pockets, and got quiet again, but now for a different reason.

Half an hour later, AAA came. They fixed up my car with a new battery and drove off.

Shmuel thanked Officer White for his time. Officer White gave Shmuel a big smile (I didn’t know cops could smile) and a big handshake and said, “My pleasure,” picked up his flairs, got in his car, and drove off.

Shmuel and I quietly got into my car. We didn’t say much. Shmuel knew what was going on in my head. I was still processing it all.

I dropped off Shmuel at his home, and drove myself home. I got in bed, looked up at the ceiling, tried to compute what had happened in my head.

In a few minutes I was asleep.