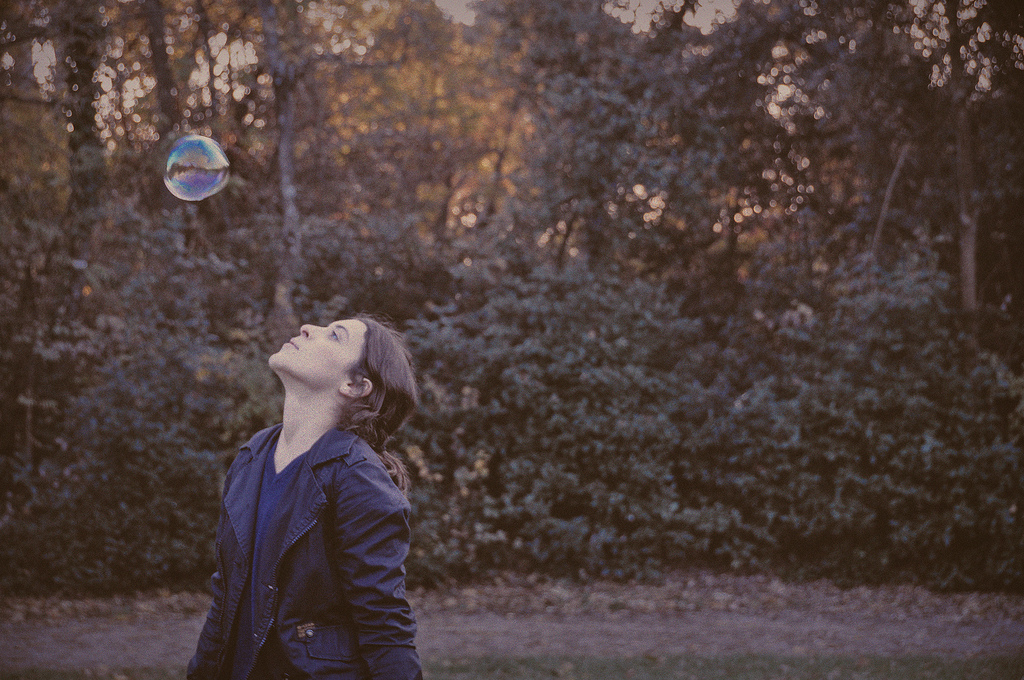 Has your reality ever been punctured?

I remember one of the first time it happened to me.  High school.  One of my best friends and I were on the way to a movie, he was driving.

I don’t remember how it came up, how he broached the subject, be he said something like… “So… I’m gay.”

Now, I had heard of these gay folks at that time, but I had never actually had a friend who was one.  I had never met one, although soon my favorite teacher of all time would be gay, and in college I’d be friends with many.  But at this point, in high school in the 90s, it was still very hard for kids to come out, to be open about who they were.  There were doubtless many more, but this brave friend of mine was the first one in our class to come out.

Looking back, I feel as if my reaction was maybe scripted by a comedy or something.  At first I tried to be chill about it, but then some sort of homophobic part of my brain got activated and I started saying things like:

In retrospect, I can’t even imagine how horrible that was for my friend, and how patient and calm he must have been to be so open with me when I was being so ridiculous.

But it also was a special moment.  It was a moment where my reality was punctured.  Yes, gay people existed, but knowing one, being friends with one, was a completely different experience.  Not in its specialness, but in its utter banality.  He was just my friend, he was just a person, and the more we spent time together, the less of a weird paranoid person I became.

But my reaction, that was when all the prejudices I didn’t know I had suddenly were at the fore, suddenly had to be dealt with and confronted.

One of the others.  A girl I was dating in college.  We were getting closer, and she had something she wanted to tell me.

She sat me down, and I could tell whatever she was about to tell me was incredibly painful, incredibly hard to get out.

“I was raped…” she said quietly.

This time there were no stupid comments, no blathering.  Just shock.  I had never met someone who was raped.  Correction: no one had ever told me they were raped before.

She told me how it happened.  A nasty situation, a sick person, a horrific result.  And now she held it with her every day, lived with it, and it affected her so much she could not date someone without telling them.

There are things, threats, realities, that I think most of us are aware of but tend to not associate as part of our lives.  I know most of the world is desperately poor but I cannot possibly comprehend that reality.  I know genocide and civil strife are huge issues, but I cannot imagine what it must be like to live surrounded by violence.

Until that moment, rape was no different.  I knew rape existed, that it was horrible and sickening, but it was a distant reality.  I had never seen a person’s face who was reliving it.  I had never seen how a person carried it with them, how it hovered.  I had never heard it recounted by someone I cared about.

Barriers came crashing down, a world was changed, and soon, as more friends of mine told me their experiences throughout the years, I understood that rape was not distant at all, but a reality near me all the time.  There was an underbelly in the world I was living in, one that wasn’t acknowledged by man, one that seemed to be pushed down in order to convince those unaffected that it was no different than war in a distant country.  Important but impossible to connect with psychologically.

There were so many realities that punctured for me that year.  I started spending time visiting and writing about settlers, a world I had previously seen as “the enemy”, but whose humanity I now was forced to acknowledge.  I spent time visiting Sderot during the Gaza war, running into bomb shelters every few minutes as rockets rained down.  I ate Shabbat meals in Mea Shearim, a neighborhood that used to represent the opposite of everything I believed in (it’s the neighborhood that has “modesty signs” and which is known for being anti-Zionist and incredibly religious), but where I found an incredible beauty and sensitivity among its inhabitants.

I had lived all my life surrounded by a certain kind of person, and to be thrust into a world of utterly different people was perhaps one of the healthiest experiences of my life.  I was forced to recognize the humanity, the value, and the power of people I had never had to before.

It’s quite a thing to have your reality punctured.  To have your comfort taken away, your assumptions reevaluated.

I think, more often than not, we tend to see our bubble invaded as a negative thing.  It seems that when people talk about rape or homosexuality or race, that those around them get offended.  We have an instinctive reaction to words like “rape culture” because they imply our complicity in a world that is destructive and painful to others.

And I think that’s why I reacted in such a silly way to my gay friend.  I had been perfectly fine theoretically accepting gay people, but having one as a friend upended that thought.  I didn’t actually accept gay people when I was forced to.  It took time and education and connection.

I didn’t really care about sexual assault until I had to face it in a person near me.  Yes, I thought it was horrifying, but I felt absolutely no need until that moment to do anything about it, speak up about it, or even care about it.

And, honestly, I didn’t really value anything conservative, traditional, or religious (in the organized religion sense) until I went to yeshiva in Israel.

It’s easy to be theoretically accepting of others.  It’s simple to say you aren’t racist, or a homophobe, or against the wrongs of the world.

Reality puncturing forces us to evaluate what we say, however.  It forces us to see the world in a deeper, richer, and truer way.  And while the instinct at first is to almost always ignore that puncturing, or to even fight back against it, it is the one way we can truly push ourselves to be more understanding and accepting of those whose experiences differ from our own.

When we understand the overall concept of the power of allowing ourselves to be vulnerable to have our realities upended, then we can harness that truth.  We can thrust ourselves into situations that force us to speak to more people who are different from us.  We can remind ourselves not to be so reactive every time someone tells us we don’t have the whole truth about the world.

We can, in other words, puncture our own reality.