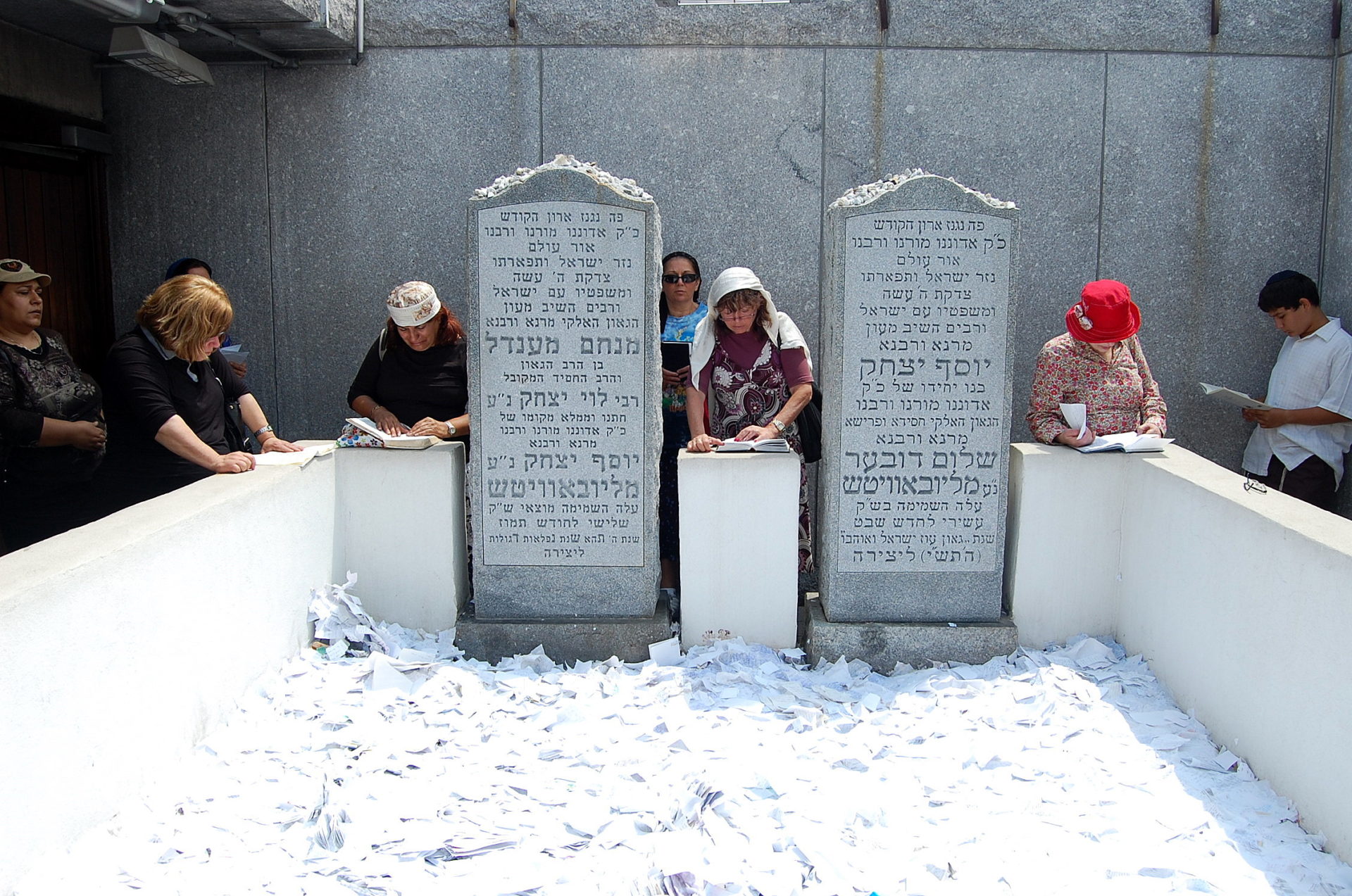 One year ago almost to the day, I was visiting the Ohel, the resting place of the Rebbe and the previous Rebbe.

My family had moved from Israel only a few months previously.  We were now living in Crown Heights, home of Chabad Lubavitch.  We were still getting used to the move, to being in America, to moving to a city we never thought we’d live in, to a job that I was increasingly feeling alienated from.

And so, when I sat down to write my letter to the Rebbe, these thoughts were all kind of infusing my mind.  I needed guidance.  My blog, Pop Chassid, had recently gotten some attention for a post I had written, but I wasn’t sure what to do with it.  I had almost deleted the entire thing, and I was still wavering on my writing.

And so when I slipped into the actual resting place, struggling honorably to get through one chapter of Tehillim (Psalms), and tried to act like I knew how to act in this place, I wondered if the stories of how people found guidance after they went to the Ohel would come true for me, or if I would just come up with nothing… or I would come up with nothing because I was doubtful… or make up something in my head so that I would feel like I came up with something.

As a baal teshuva (a Jew who became religious later in life) it can be disheartening sometimes to experience these moments because you want so badly to gain meaning from them, but there are always the voices of doubt bouncing around in your head.

“Even other religious Jews think this visit is ridiculous.  You really think this is going to result in anything?”

But there I was, faking it with the best of them, cutting up my letter into little pieces and throwing it in the pile with the rest, the Rebbe’s body beneath it all.  Had he read my letter already?  Was it too personal?  How are you even supposed to write a letter to a Rebbe?  I only  saw responses from him, never letters to him.  But now it was too late, and there the letter lay. With my Tehillim was painfully finished, my head throbbing from the effort, and I walked out of the grave.

At the last second, I saw a man walking backward out of there, and I whipped around to imitate him.  That was what people do, right?

Then I saw another man, and he just walked straight out, not looking back.

Well, at least I was following the more strict guy.  Can’t go wrong with that.

I nodded and smiled and said, “Good, I guess.”

She nodded and smiled back telling me how she was inspired by the feeling in the air, and how she felt that this was actually a place of happiness instead of sadness, and she was surprised but happy to see how people behaved here, and the energy.

I couldn’t help but admire her. Here was a woman that just seemed connected, unquestioning, that didn’t seem to have these baal teshuva thoughts bouncing around in her head like ping pong balls.  She reminded me of the women who never lost their faith in G-d during the Exodus from Egypt, and how it was the dudes like me that really messed it all up.  I smiled as we walked back to the bus, knowing that at least she would make our family look good to G-d.

We went to our seats, the bus started, and off we went.

The Rebbe’s On The Bus

I had been told by a mentor of mine in Chicago an amazing story about how he became a business man after going to the Ohel.  He said that he was trying to decide whether to become a Rabbi or a businessman, and when he went to the Ohel to help get guidance, a video of the Rebbe was exhorting the amazing power of the businessman, and how he can change the world so much more than anyone else.

I had learned from that that after you walk out of the Ohel, you should keep your eyes peeled for signs.

But I had been so caught up with my wife and getting abck on the bus that I forgot to notice anything.  So instead, we settled down and sat back, and I figured that maybe this was just going to be one of those trips where I wouldn’t get any messages.

As we sat, though, the video screens on the top of the bus flickered on, and a video of the Rebbe at a farbrengen (Hasidic gathering) went on.  It was introduced as a farbrengen during Purim, with Chaim Potok, the writer, in attendance.

And there was the Rebbe, speaking with this strength that I had never seen from him in a video.  Like, he was yelling.  Not a mean sort of yelling, but a yelling… like… I don’t know, it was powerful.

He was yelling that writers were charged by G-d to do their job in a way that elevated the world.  He said it was important for them to take charge, to do more than just entertain their readers.  He said:

“Something that is published remains for generations to come. One whom G-d has given a talent, an opportunity, to write a book; whatever the book’s cover or its jacket — its external face, the book’s premise and content — it must communicate to the reader the awareness that, ‘this palace has an Owner.’ that there is Someone in charge of this turbulent world.”

And it went on like that, yelling, yelling.  And for the first time watching a video like that, I really felt like the Rebbe was yelling at me.  Not in a scary way, but just in a, “I believe in you, don’t you understand?!” sort of way.

That was the first time in my life that I realized that writing wasn’t just something that I wanted to do.  It was something I had to do.

After that, I started writing much more freely, writing what I really thought instead of trying to fit it into some mold.  Suddenly, I was writing more than ever, and my writing was starting to be… like… read by people.  It was exciting.

I think about that, and about how I felt before that, how I wasn’t sure about this whole thing, and I realize that the thoughts of doubt still pervade my mind just as much as they used to, and I can’t help but still feel a bit odd when I go to the Ohel.  I think about all that, but then I contrast it with that experience, that moment of clarity, and the results that came from it.

And I guess that helps me.  Not because I feel like I’m so religious or so wise or so thoughtful.  But I think that sometimes when I hear those people who speak ruefully about other people’s beliefs, or when they mock a person going to the Ohel as not Jewish or not smart or superstitious… I can’t help but think about that moment when it was all clear and all real and all true.

But the truth is that we’re all just doing our best, and most of us are guided not by the chattering masses or the cynical, scientific side of ourselves.  We’re guided by those few moments of clarity, those few moments when it’s real, and when it’s true.  Not because it would pass some sort of scientific method experiment.  Not because we’re so confident in our own intelligence.  But because we need to trust ourselves.  We need to trust that the moments of clarity were just that.  That we’re being guided, not forced, and all we can do is trust the tour guide.