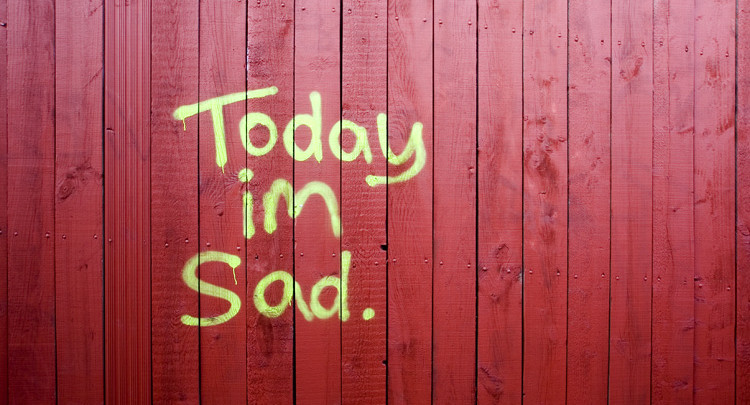 You could say I write badly.

I do this weird thing where I write short, one sentence paragraphs.  I also love fragment sentences.  And I start sentences with the word “and” (sometimes even paragraphs!).  I use commas way too much.  I end sentences with prepositions.

And yet, I love writing.  Weird, right?  The truth is, though, that I think the two are connected.

I used to hate writing classes.  Well, back when we were in middle school, they were really grammar classes, weren’t they?  Just a bunch of rules shoved down your throat.  I hated them because I hated rules.  And I was horrible at memorizing facts, which always seemed to run through my mind like a sieve.

The result being that I detested writing.  I saw it as a world where a mind like mine went to die.

The funny thing was that I was always good at the verbal part of standardized tests.  In high school, I got a perfect score on the “writing” section of the PSAT (again, really grammar).  And yet, if you asked me what any of the rules I was applying were, I would have had no friggin’ clue.

All I did was ask myself, “Does this sound good?”  And if it did, I chose that.

When I got the results for the test, I think that was probably the first time I ever thought I might have a knack for writing.

It wasn’t until college that I really started to tap into it, though.  It took an intro to fiction writing class with a very special teacher to change it all for me.

What a weird experience that was.  I remember how suddenly, I was in this thing called a “workshop”.   Our job was simply to write and to critique each other.  There were no rules.  We could write however we wanted.

So that’s what I did.  It was liberating.  Empowering.  I just wrote, and I didn’t care if there were fragments or if my commas were all over the place.  I was tired of writing the way the world had been telling me to.

And then something weird happened, something I didn’t see coming at all: (some) people liked my writing.  And my teacher liked it.  Encouraged it.

I think it was that combination of realizing the freedom inherent in writing and the encouragement of the people around me that made me aware that this was my passion.

As my writing has progressed, I can’t help but look back on all this with a sort of bittersweet retrospective glance.  On the one hand, it was so great to find this deep desire within myself to express myself with words.  Suddenly, all that reading I had been doing, how I was the only one in elementary school who would get huge stacks of books when the Scholastic book orders would come in, how I obsessed over Ender’s Game for  a year straight, and all the rest…. it made sense to me.

But the hard part is looking at my perception of writing before college.  High school.  Middle school.  Looking at years of my life I could have embraced this passion.  If there was even one class, one teacher, like I had in college, things would have been very different.

In my schools, there was no such thing as a creative writing class.  There was no class that told you, “Yes, there are rules, don’t worry too much about them.  Instead tap into who you are and extract something beautiful.”

And today, as I write with my bad grammar and my paragraphs starting with “and”, and my commas, and my fragments, and sentences that end with prepositions, I can’t help but be sad that there are probably many, many people out there like me.

Because what’s even worse about all this is that I think that it’s not just about some dude’s deep desire to write.  It’s really about a way of looking at reality that the Western world is sorely lacking.

There is a Steve Jobs interview where they asked him how some tech nerd like him was suddenly able to take over a business.  He explained that it “wasn’t that hard.”  All he did was ask everyone around him why they did what they did.

What he repeatedly discovered was that people would essentially tell him that they did it because that’s how it was done.  That was actually their reasoning.  Their “why” wasn’t from an internal source of intelligence and reflection, but from an external source of authority.

Jobs ended up not just changing the world of technology, but how his entire business worked, and if you read anything about the way Apple makes its products, you will see the indelible mark of a person that was not afraid to ask, “Why?”

And we can see the same thing that Jobs saw in the world of writing: Sure, people know the logic for why the rules of grammar exist, but they seem unable to understand why and when those rules should be bent or broken. To them, the rules have been handed down by some higher authority that can’t be questioned. There is no real logic, just a passive acceptance of the rules.

And, of course, this applies to so much more than just business and writing.  From the way we find careers (think of how we’re so trained to go through the exact same formula to reach success).  To the way we learn science (that whatever the scientists conclude must be right).  To the way we engage in our politics (we blindly follow one group and demonize the other).

This isn’t logical.  It’s dangerous.  It’s only using our left brains.  The “logical” side; the “rules” side.

But the problem with using only the left brain is that a left brain is just half a brain.  To process reality in a rich and real way, we need our right brains.  We need to think creatively.  And to think for ourselves.  Understand that the rules exist to access something deeper.

In the case of writing, that something deeper is what I touched on in my PSAT: “Does it sound good?” really meant: “What is the clearest way to communicate?”

90% of the time, good grammar is the way to go.  But the other 10% matters too.  The other 10% is the spice you put on your food that makes the flavor come out.

And such is life.

Our society is sorely lacking that thinking.  It’s time that we looked at reality with our whole brains.  It’s time we acknowledged the power of creativity, not as something that opposes logic, but as its essential other half.