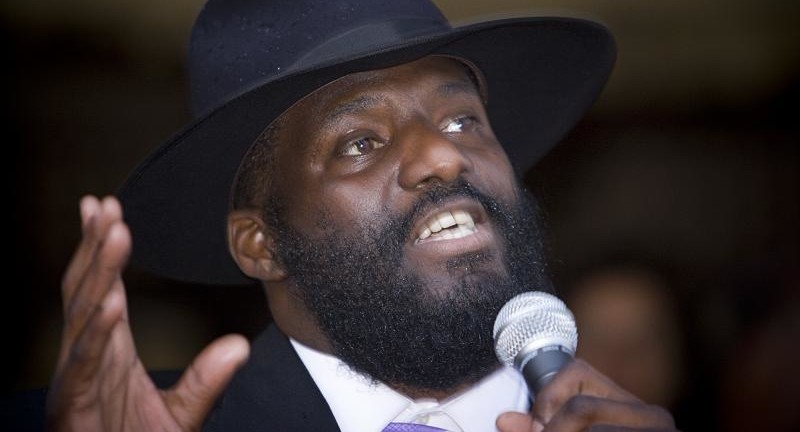 The Jewish calendar is funny.  Today is Tu B’Av, a dang happy day on the Jewish calendar.  But just a week ago, we were fasting and mourning the destruction of the Temple.  Before that we were mourning for three weeks, not listening to music, not eating meat (during the Nine Days). Oy.  It was rough.

But now we’ve got to switch gears and start being happy.  Start preparing for Elul, when we’re gonna be reconnecting to our true selves.

So, time to throw ourselves into some beautiful Jewish music.  And thank G-d, there’s been a ton of music released since the Three Weeks ended, and I’d love to share some of it with y’all.  Now, unlike my past music post, this collection is a mix of amateurs and pros.  This isn’t about being polished.  This just about people willing to take the risk and put themselves out there to create something beautiful to help elevate the world.

Here is my collection of Jewish music to bounce out of the Three Weeks and into happier times.

Shmaryahu, a Jewish convert from Louisville who lives in Australia, has quietly released this beautiful cover of the Beatles song, “And I Love Her”.   I happened to run into it because a friend of mine from Australia who is friends with him shared it.  It’s so beautiful.  And I can’t wait to see more music from this promising artist.  Oh, and you can download it for free on his Facebook page.

2. Uriel Dunn – Man It Feels Good To Be A Hebrew

My friend Uriel wrote this song a while ago.  It’s a spin on “Damn It Feels To Be A Gangsta”, a favorite of all of us 90’s Baal Teshuvas.  He performed it at an open mic in Crown Heights, and it was a huge hit.  I encouraged him to turn it into a video, and he did just that.  Freaking awesome.  Watch, enjoy.

3. Rocky And The Goldstein – A Dream

I’ve featured Yerachmiel Goldstein before, but he is now producing music again, and I’m happy to say that he’s made some great progress.  Check out the rest of his releases on his Soundcloud channel.

I discovered this amazing band after randomly using their image in a post.  People informed me of their work.  This isn’t as recent as the rest here, but I really felt like I should share them with you.  This song in particular is just so beautiful.

Sarah Dukes is a pianist and composer who has created some of the most beautiful compositions I’ve heard in a while.  They’re so sensitive and full of feeling.  I personally love this particular piece, and I think you will too.  Follow Sarah Dukes on her Facebook page for more music.

I’ve always been a fan of Mikhail, but have never found the right place to include him.  Well, here you go.  Mikhail is an up and coming, extremely talented pianist.  I personally love this particular video because it is intimate and up close.  Unfortunately the video messes up towards the end, but it is still totally beautiful.  Check out more of his stuff on his website.

The following is a few songs with women singing.

Esther Freeman has been blowing up the Jewish lady airwaves with her newest song, Superhero.   I hear it’s awesome.  Give it a listen and encourage her.  I hear she’s got a new one coming out soon.  Subscribe to her YouTube channel to stay updated.

Riv Eilfort is another one of the Crown Heights ladies (including Sarah Dukes, Esther Freeman, and Bulletproof Stockings) who is reminding us all that being female and religious doesn’t mean you can’t blow people’s minds with amazing music and art.  Here’s her latest.

And finally, here’s a bit of rap sent to me from a lady fan who apparently is also from Crown Heights.  Seriously, do we need any more signs that there is an artistic revolution happening in this neighborhood?!