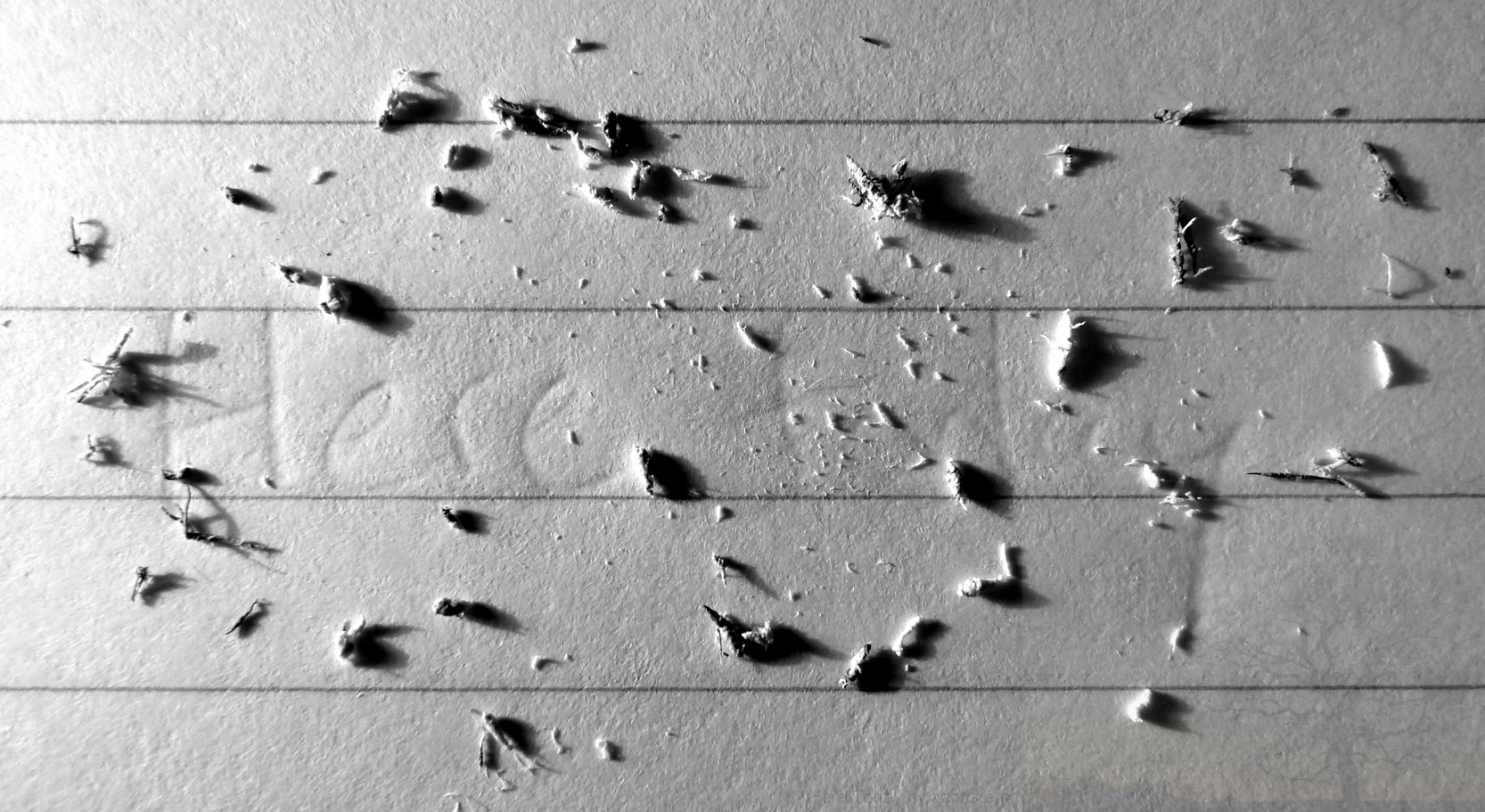 Last week, I published a blog post entitled, “A Message To Artists”.  In it, I suggested to the artists in my audience that they should consider taking their work of art and burn it, destroy it, throw it in the trash, whatever.

Instead, the piece was met with a very large, very passionate, and collective, “Um… no.”

There were some very valid arguments against it, including the idea that the Rebbe would never want us to destroy something we created, that we could very well just put our work aside without destroying it, that there are other ways to avoid the ego that comes with creating art.

Even my former editor at Chabad.org criticized the piece, calling it, “an idea that is essentially true and important that is corrupted and taken to a destructive extreme.”

I guess the whole reaction, especially because it came from so many people I respected, forced me to do a bit of soul searching.  Was I wrong?  Had I suggested something damaging?

And you know what?  Even after all that soul-searching, I don’t regret writing the piece.  I still think that I was right to advocate destroying writing and to destroy some of my own writing (something I do regularly).

Well, I guess that maybe I need to give myself as an example.

About a year ago, I made a conscious decision to start writing more “honestly” with my writing.  To write more from the heart and trying less to fit in to the world that religious Jews expected me to fit into.

One of the first articles I did this with was called, “On Respecting Chaya”.  It was in defense of a controversial article Chaya Kurtz had written that had gone insanely viral.  I was angry, and I wanted the world to know.  It was my first popular article on this blog.

I haven’t written about it much since, but I’ll never forget how I reacted to the popularity of this post, the first post in which I had honestly expressed myself in ages.

I just about collapsed.

I looked at the angry comments from the “off the derech” folks, and I almost cried.  I wondered to myself if I was wrong to publish it.  I was scared, I was disturbed, and I was in pain.

But something, something inside of me told me that I was right, and that I needed to keep going, to keep blogging.

Soon, I wrote another piece for the Huffington Post that became popular, criticizing Matisyahu’s choice to remove his kippah.  Again, there was a strong reaction.  Again, for days I was stressed and scared.  Feeling alone.  Feeling like I had made a mistake.

Every bit of writing I did for months afterwards sent me into similar fits.  Between each piece of writing, I had to talk to myself, calm myself, speak to my wife, speak to my friend Matthue, speak to my rabbi, and to my therapist.

In the past year, after consciously deciding to keep going, to keep writing despite the reaction, despite my fear, despite being sure that each piece I was writing was wrong, wrong, wrong, my blog became more and more popular.  For the first time, people were telling me how much my writing affected them, how much it encouraged them, and how I should keep going.

Through it all, I feel like I learned one very important lesson: a writer, an artist, a creator, needs to do whatever it takes to tap into their creativity, and to produce regularly.

And so through this past year, as I realized how my writing was not just getting deeper, but that I was writing more often, I did everything in my power to make sure that the production continued.

And that included destroying some of my writing.

The answer for why I did this could be found in a very esoteric way in my previous post.  But the truth is there is a much more practical, much more specific, reason that I destroyed some of my writing over time.

I needed separate myself from my writing.  I had to internalize the idea that each piece of writing did not define me or my success.  That if I made a mistake in my writing, or I didn’t write something as well as I had hoped, that it was okay… that my writing and my soul aren’t determined by one piece I had created.  Rather, it was all a process, part of a larger whole.

By getting rid of individual pieces of writing, I was able to tap into the idea that no one piece defined me or my success.  That my writing is a process, and not a product.  And it’s a big part of why I am able to write regularly and also hold a full time job and have a family.

Which is why I ultimately won’t regret my last post, or the fact that I destroy some of my writing: because I see the results.  Because I know without it, I wouldn’t be writing in the way I am now.

And, of course, none of that means others should feel like destroying a piece of writing or art will make them a better artist.

But here’s the thing: there are a lot of people like me.  People that have something inside of their souls they want, they need, to express.

These people exist in spades in the religious Jewish community.  But they are hiding.  Because being an artist, both in the secular world, and especially in a religious community, is a very hard thing.

It means not fitting in.  It means saying things that get you in trouble.  It means dealing with a lot of traumatic rejection (in the form of comments, emails, criticism from those close to us), it means being personal in a world that isn’t interested in us being personal.

And, all too often, those voices choose to become silent.  To not say a word.  Or to say a word, but to sanitize it, to brush it clean, to remove all the rawness, all the realness.  Better to not get any input than to get negative input, the person without the skin thinks to themselves.

I know these people are out there because I am one of these people.  And because they come to open mics I organize, send me emails, and some of them are my friends.

It’s because the people who could produce something different don’t feel like they have a voice.  It’s because they aren’t tapping into themselves and saying whatever comes to their heads and causing a ruckus and making mistakes and connecting with each other.

And that’s why they need to do something dramatic to remind themselves that they can make mistakes, that they can say things that don’t make sense to the world, that they can be sensitive and open and personal without sacrificing their dignity.

In other words, it’s better to destroy one piece of writing than to destroy a lifetime of expression.

Nobody has to destroy their own work, of course.  That worked for me, and I suppose it won’t work for everyone.

But they need to do something.

You.  You who can identify with my fear, who know you aren’t accessing the part of yourself you want the world to listen to.

We want to hear from you.  We need you.  Even the people that may reject you at first.  All of us.  Your voice is necessary.  All the crud art out there, it’s because the only people saying anything are either as shallow as they appear, or because they haven’t tapped into something deeper.

And that’s why you need to do whatever it takes: destroying a piece of your writing, dancing naked in your home, publishing things you would never have published before, and taking risks; in order to let go of your inhibitions, and tell the world what you’re really thinking.

And that was the real message of my post last week: don’t hold back, don’t be afraid, and go out of your way to internalize the idea that you are needed, that the process of your creation is more important than the individual pieces themselves, and that no matter how many mistakes you make, the world is waiting to hear your voice.